Editor-at-Large, The Business of Fashion

The fashion critic, known for witty commentary pitted with cultural references, began as the host of a Canadian fashion television show.

Blanks’ show reports are exercises in insight and perception; his concise style invariably includes a wider industry perspective and cultural context. Affable, jovial and encyclopaedically informed on almost everything, Blanks is, impressively given his role as a show critic, almost always on good terms with everyone in the industry.

Blanks has written for the industry’s most significant titles, including Vogue, GQ, The Financial Times, Interview, Fantastic Man and Arena Homme Plus. Blanks’ preeminent position in fashion journalism was recognised at the 2013 CFDA Awards, where he was awarded the Media Award in honour of Eugenia Sheppard, the premier industry award for fashion journalism.

Blanks came to prominence in the fashion industry in 1989, when he began work at Fashion File, where he would continue to work until 2006. An influential Canadian television show, Fashion File is name checked by many of the industry’s young establishment as the root of their interest in fashion. While at Fashion File, Blanks’ series Masters of Style led him to interview the industry’s leading creatives, including John Galliano and Alexander McQueen.

In addition to his prolific work as a show reviewer and interviewer of some of the biggest names in the industry, Blanks has sat on the panel of judges for awards such as the International Woolmark Prize and BoF China Prize.

Blanks was born in New Zealand, where his exceptional intellect led him to attend university aged 15. As a teenager Blanks was deeply influenced by music, growing up in the “febrile time” of David Bowie, one of the writer’s greatest influences and passions. Blanks credits the pace of Bowie’s creative output as instilling within him a constant interest in “What’s next?”. Blanks supposes that “in a way, that's why fashion was a natural fit for me, even though I'd never thought of it as something I would do with my life. But it ended up being this thing that absorbed more of the things I'm interested in than anything else.”

His personal response to fashion continues to not only give voice to the industry at large, but to inspire future generations of designers, writers and consumers. 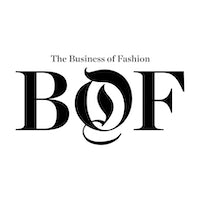 The BoF Podcast: Dries Van Noten on Making Retail Meaningful in the Pandemic

The BoF Podcast: Paul Smith on the Past 50 Years

The BoF Podcast: The Lasting Impact of a Digital Fashion Month