She popularised her signature preppy-bohemian aesthetic with commercial hits like flats and tunics, driving an estimated $1.5 billion in sales.

Since launching her eponymous label in 2004, American designer and entrepreneur Tory Burch has built a global apparel and accessories brand. “There were a lot of people doubting what we were doing in the beginning,” Burch, both executive chairman and chief creative officer of her eponymous fashion company, told BoF on the eve of her Spring/Summer 2013 show. “I’m an information gatherer, I like hearing what people feel and think, but at the end of the day, you have to believe in yourself and go with your instinct and gut.”

Known for its American, bohemian-preppy sportswear, Tory Burch is stocked globally in over 250 Tory Burch boutiques and over 3,000 department and specialty stores, driving an estimated $1 billion in sales.

For her first job she “cold-called Zoran,” Burch recalled. “Really interesting man and a beautiful designer. My mother wore his clothing. He said, ‘you can have a job, but you have to start in a week.’ So a week after I graduated, I moved to New York and started a full induction into fashion. It was a very interesting time. He looked like Rasputin and vodka would start at 10 o’clock in the morning. That was my first job.”

Burch went on to work as a sittings assistant for Harper’s Bazaar, then moved into PR and advertising at Ralph Lauren , Vera Wang and Loewe during Narciso Rodriguez ’s tenure. “Each of those experiences have added some element to how I run and build this company,” she recalled. “I talk to entrepreneurs a lot about how each job might not be the perfect job, but you really learn from each job and you take something from that.”

“Against a lot of people’s advice,” she decided to launch her own store on day one. “You could see who we were immediately, just by walking into an environment that we could make look exactly how we wanted — everything from the branding to the candle burning to the music playing. It was really an experience and we wanted the customer to feel that from the beginning.” It worked. By the end of its opening day, the original Tory Burch boutique at 257 Elizabeth Street had almost completely sold out of inventory.

Burch is also an avid philanthropist. In 2009 she launched the Tory Burch Foundation, which advances women’s empowerment and entrepreneurship in the United States by providing access to capital, education and digital resources. In March 2019, her Foundation's programme for women received an additional $50 million in funding from Bank of America, doubling its pledge from five years prior.

She also sits on the board of the  Council of Fashion Designers of America , the Society of Memorial Sloan-Kettering Cancer Center, the Breast Cancer Research Foundation, the Barnes Foundation, and the Jay H. Baker Retailing Center at the University of Pennsylvania’s Wharton School.

In 2005, Burch won the Rising Star Award for Best New Retail Concept from the Fashion Group International. In 2007, she won the Accessory Brand Launch of the year award at the Accessories Council Excellence Awards. Burch has consistently been included on Forbes' list of The World’s 100 Most Powerful Women. In 2015, she was listed as the 73rd most powerful woman in the world by Forbes and 23rd on the publication's 2019 list of "America's Self-Made Women."

She has a net worth estimated at $850 million, with the Tory Burch brand having an estimated value of $1.5 billion. 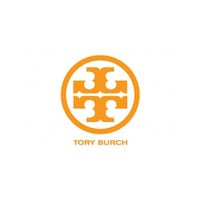 The Wharton School, University of Pennsylvania