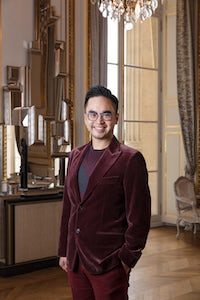 HONG KONG, China — Over the past decade, Hong Kong-based entrepreneur Adrian Cheng has been not-so-quietly investing in a string of new-model businesses, from London-based Dazed Media to Nowness, formerly owned by LVMH.

Now, he is formalising his investment strategy — to some extent, at least — with the launch of C Ventures. The aim is to develop a “cultural ecosystem” of properties targeting Millennial and Generation Z consumers, who will account for 45 percent of global luxury spending by 2025, according to Bain & Co.

“It’s not just online-offline,” Cheng says. “The way they consume is different. They’re not owning things, they’re renting things. It’s that idea of YOLO — you only live once.”

Cheng likens C Ventures to an “investment club” rather than a traditional fund, as there is no investment limit or certain amount of capital raised. His partner is media financier Clive Ng, a founding shareholder in companies including MTV Japan and E*TRADE Asia and the former chairman of Fashion Networks International, which included the blog portal NowManifest and was acquired by Fairchild Fashion Media in 2012.

It’s not surprising, then, that a significant number of companies in C Ventures’ launch portfolio are next-generation media entities, ranging from Dazed to the Los Angeles-based Gen Z outlet Galore and Beautycon, a commerce-meets-content play driven by the real-life experience of its festivals. Other vertical platforms include independent designer network Not Just a Label and online auction house Paddle8 as well as SkyBound, which represents comic book titles and creators. Cheng has eschewed traditional retail models, instead placing bets on the high-end rental market with Armarium — which partners with designers like Brandon Maxwell and Alessandra Rich — and Flont, which offers limited-time loans of four and five-figure jewellery pieces.

Bandier, the multi-brand fitness apparel retailer often touted as the “Barneys of athleisure”, rounds out the current lineup, although Cheng says C Ventures will be announcing more high-profile investments in the coming months.

Cheng’s roots in retail and hospitality — and more broadly, the business of entertaining the consumer — run deep. The fourth-generation heir currently serves as executive vice chairman and general manager of New World Development Co. — one of four publicly listed companies controlled by his family — which acquired Rosewood Hotel & Resorts (including New York’s famous Carlyle Hotel) in 2011. The Cheng family also owns the US-based jewellery brand Hearts on Fire through its company Chow Tai Fook Enterprises — which operates over 2,300 shops worldwide — and maintains a minority stake in the fashion house Roberto Cavalli together with private equity fund Clessidra. Its Luxba Group manages Chinese operations for brands including Moschino and Red Valentino, amongst others.

For now, C Ventures’ focus is on western brands, although Cheng is eager to connect with the next generation globally. “The US has more of these new ideas and pioneering companies, but we’re investing in Asia as well,” he says, citing the launch of Nowness in China through another one of his businesses — Modern Media — as well as an investment in Chinese food-media platform DayDayCook.

There are also plans to introduce brands in C Ventures’ portfolio to China by taping Cheng’s vast network in the East, including activations at his K-11 museum-retail concept stores: “We’re going to bring this content to the ground.”