SHANGHAI, China — There are many signs of a mature ecosystem. One of the most important is the emergence of local designers capable of building world-class brands.

Until recently, China’s fashion ecosystem has been heavily skewed toward foreign brands. While Chinese designers have been growing and progressing at an impressive pace, they remained somewhat in the shadow of other market players. Until now.

With the aim of championing the most promising fashion talent that China has to offer, The Business of Fashion is delighted to announce the six finalists who will compete in the inaugural BoF China Prize during Shanghai Fashion Week on March 29.

Like many among BoF’s own cosmopolitan community, the Chinese designers shortlisted for the prize live and work around the world. The brands in the running are New York-based Caroline Hu, Belgium-based Shuting Qiu, and Xu Zhi, currently headquartered in London. The other finalists include Shanghai-based Staffonly, Pronounce, who split their time between Shanghai and Milan, and PH5, posted in New York and Guangzhou.

“There’s no denying the collective power, creativity and commercial ambition of this generation of Chinese designers. Not only are these young entrepreneurs aesthetically diverse, they’re also crafting distinctive brand identities with international appeal. All of these designers are potential stars,” says BoF founder and editor-in-chief Imran Amed.

The timing of the launch of the BoF China Prize is no coincidence. While Greater China has been the world's largest luxury market for some time, 2019 is the year that it will overtake the US as the largest fashion market.

“With our own growing BoF China team based in Shanghai, we’re in a unique position to help identify, nurture and elevate young designers with global potential. We believe there’s both a growing need and an important opportunity to introduce emerging design talent from China to the wider fashion community around the world,” he adds, noting that BoF will mark the fifth anniversary of the launch of its Chinese-language edition BoF China later this year.

Held in partnership with Yu Holdings, the BoF China Prize is the first global fashion award dedicated to emerging Chinese design talent. Yu Holdings is led by founder and chief executive Wendy Yu, who has cemented her role as a patron of the arts and prominent investor in both international and Chinese brands. Recent investments include Mary Katrantzou, Cefinn, Airbnb’s Chinese rival Tujia and Chinese ride-hailing giant Didi Kuaidi.

“China is finally finding its own language, expression and identity when it comes to fashion,” says Wendy Yu. “Now, we are seeing designers presenting collections of an international standard.”

The six designer finalists will come together to present their collections at a showcase during Shanghai Fashion Week next month. This year’s judging panel — consisting of BoF’s own Imran Amed and Tim Blanks, Labelhood founder Tasha Liu, designer Victoria Beckham, Chinese designer Uma Wang, journalist and blogger Susanna Lau, creative business consultant Julie Gilhart, Yu Holdings chief executive Wendy Yu and Clot founder and creative director Edison Chen — will be tasked with selecting a winner, who will be announced during the showcase.

The winning designer will have the opportunity to present their show as a part of the official London Fashion Week schedule in September 2019, receive a cash prize of $100,000, and mentorship from the extended BoF network including companies such as OTB and Reebok. As part of the prize, Reebok will also work with each of the six finalists to design an exclusive limited edition sneaker.

"Innovators can be found in every corner of the world, but people are noticing the businesses and creatives that are taking the lead in China," Lv Xiaolei, the vice secretary general of Shanghai Fashion Week tells BoF. "It's an extremely challenging but rewarding time to start a business, and events like the BoF China Summit play a vital role in fostering both entrepreneurial spirit and encouraging potential founders across global industries and ecosystems." 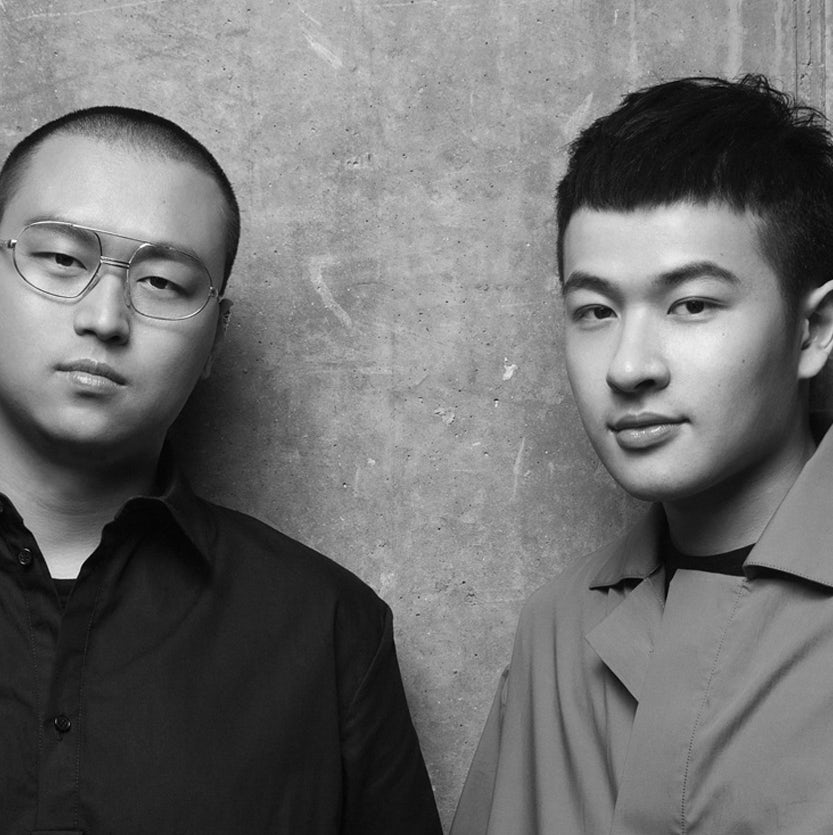 Many of the BoF China Prize finalists have already caught the attention of industry leaders in their respective market segments. Take Pronounce, founded by Li Yushan and Zhou Jun in 2016. Stradling Milan and Shanghai, the design duo has already gained popularity among key streetwear aficionados with their cross-cultural aesthetics.

Li and Zhou’s recent collections juxtapose tongue-in-cheek accents with athletic textures and quirky colours with sharp tailoring. The brand’s knack for creating sharp and singular pieces with genderless appeal are a product of the designers’ formative years spent at Central Saint Martins, London College of Fashion and Istituto Marangoni. 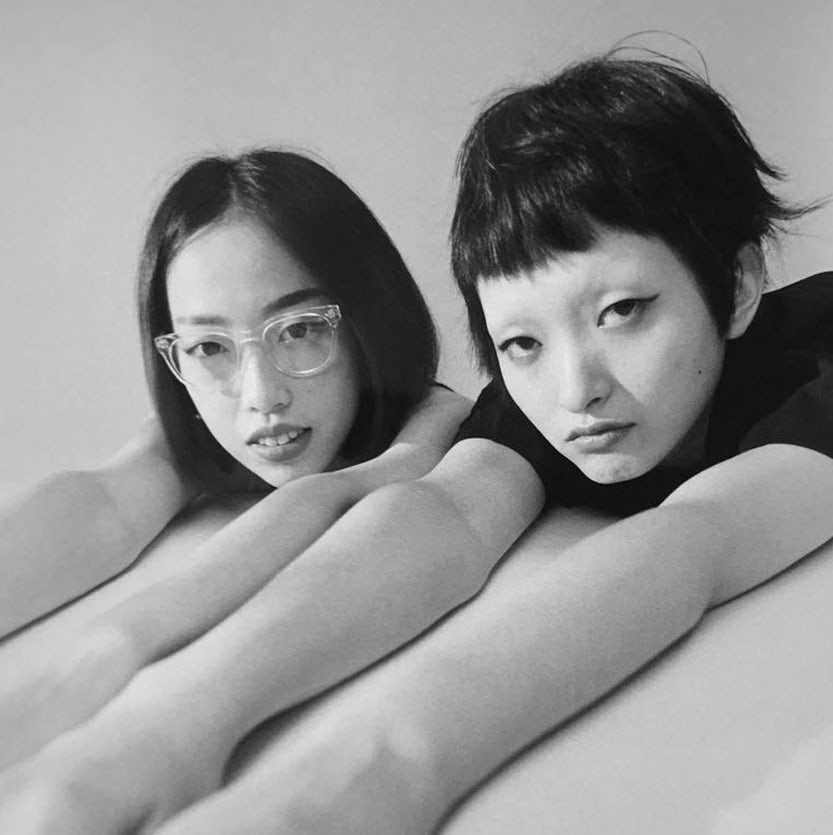 Another duo with cross-border credibility is Staffonly, helmed by Zhou Shimo and Une Yea. Graduates from London College of Fashion and Royal College of Art respectively, Zhou and Une earned their stripes at the likes of Emporio Armani, Alexander McQueen, Tom Ford and Erdem.

Since establishing Staffonly as a menswear brand in 2015, the two have gone on to build a contemporary yet considered yet humorous menswear wardrobe by creating functional and sculptural silhouettes with carefully curated materials. The Shanghai-based label marries Une's love of imaginative accessory design and provocative silhouettes with Zhou's eye for experimental textiles and colour palettes, resulting in wearable collections for the aesthetically curious. 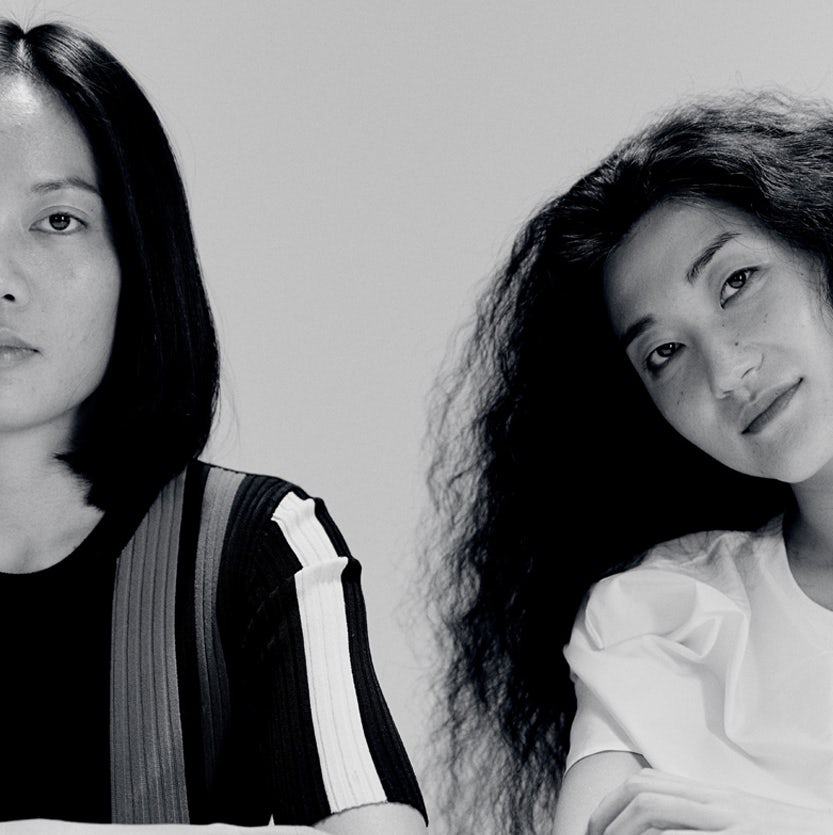 Materials and attention to technique play an especially big role at Zhang Mijia and Lin Wei’s brand PH5. Having cut her teeth at brands including Calvin Klein, Christopher Kane and Nike, Parsons-trained Zhang helms the brand’s "right brain," while PH5’s "left brain" is managed by Lin, who holds a degree in business and entrepreneurship.

The two founded their label in 2014 and hope to bring a young and contemporary vision to the knitwear scene by marrying whimsical and graphic designs with innovative techniques. Their collections are full of colourful yet wearable basics that would separately upgrade the most monochrome of wardrobes, but together evoke a cohesive and vivid brand identity. 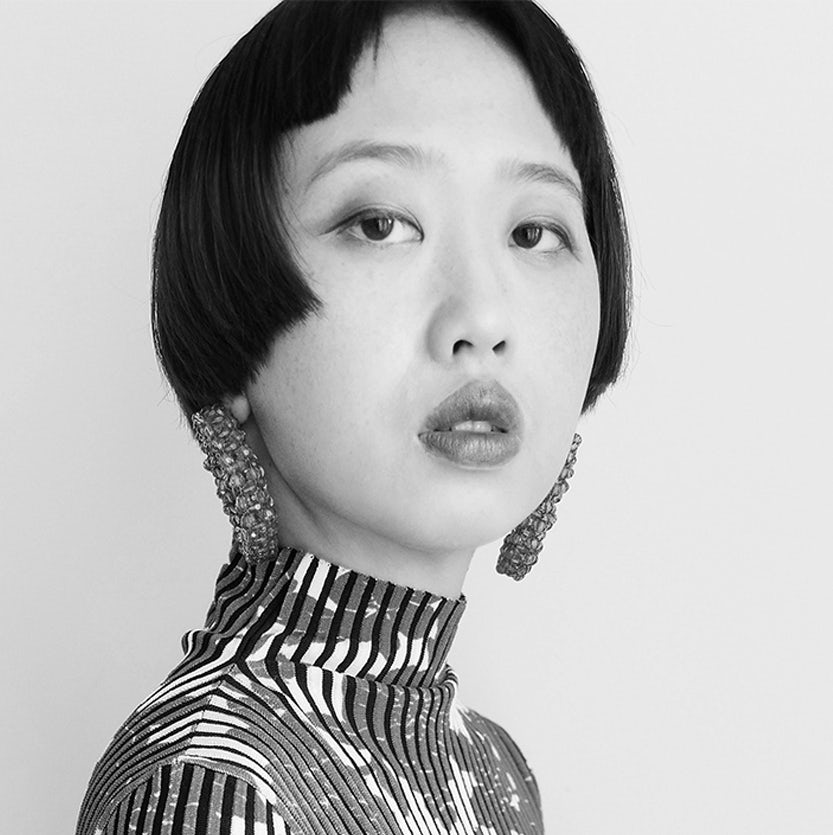 While half of the finalists are designer duos, the solo acts that made the cut are just as strong. Take Qiu Shuting, the Antwerp Royal Academy of Fine Art graduate who launched her namesake label Shuting Qiu in 2017. "I didn't expect to be selected as a finalist, so I was extremely happy and emotional to hear the news... it felt magical," Qiu told BoF. "I've never shown my pieces in China before, as a Chinese person this is an amazing experience."

Drawn to romantic silhouettes but bold in her use of contrasting prints and colours, the Belgium-based womenswear designer has already crafted a striking and recognisable brand identity. Qiu’s surreal Spring/Summer 2019 collection, inspired by Morocco’s Sahara Desert, is a testament to her knack for the kaleidoscopic, featuring voluminous asymmetrical silhouettes alongside a one-of-a-kind fusion of contrasting hues and animated prints. 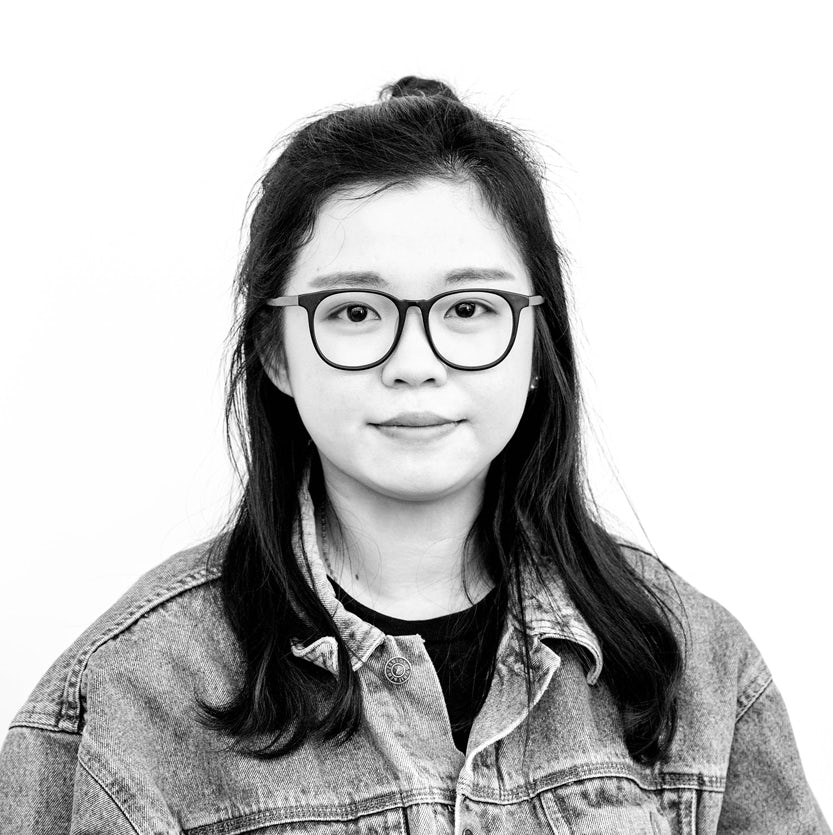 Another young but already self-aware brand is the eponymous label by New York-based Central Saint Martins BA and Parsons MA graduate Caroline Hu, which was launched in 2018. Just last year, she showed her senior thesis creations on the Parsons MFA Spring 2018 runway show and is already creating an impression on both sides of the Atlantic.

At her New York Fashion Week solo debut, Hu wowed critics and the media with her tulle confections. Her impressionist influences are evident in the layered fabrics that make up Hu’s romantic creations. With swaths of appliqué, she crafts movement in brushstrokes with a deconstructed edge. 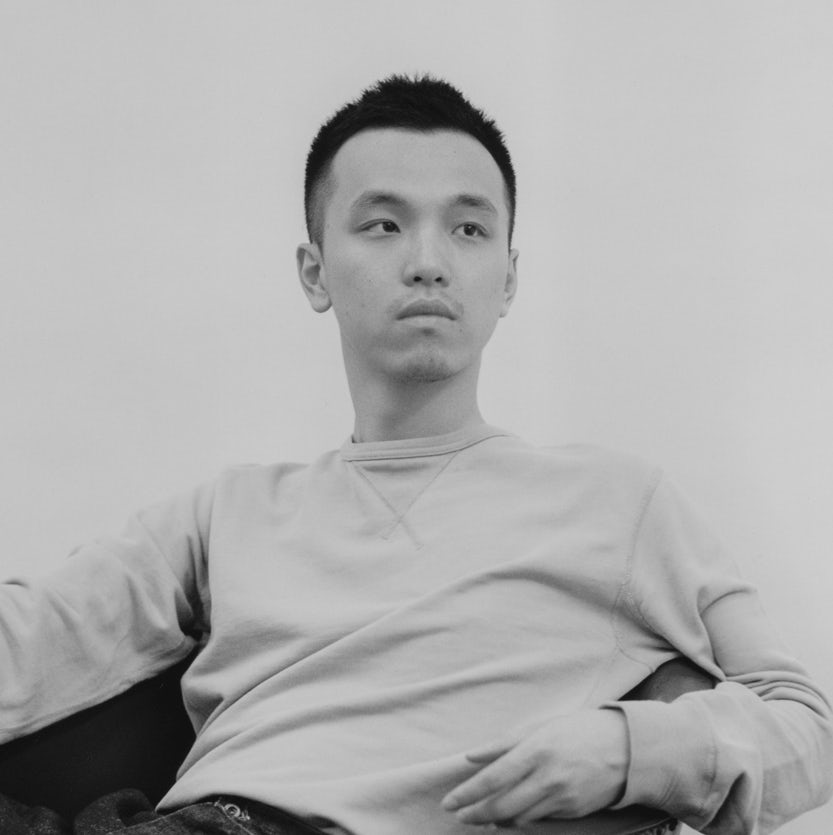 Last but not least is Chen Xuzhi, the Central Saint Martins graduate who founded his namesake label Xu Zhi in 2015. A London-based designer who focuses on meticulous and imaginative construction, Chen has worked in the ateliers of J.W. Anderson and Craig Green.

To be eligible, the finalists have proven that, among other criteria, they are a Chinese national or passport holder (including Macau, Hong Kong and Taiwan), have produced at least two (but no more than 10) unique ready-to-wear collections, and have secured prominent retail distribution.

The BoF China Prize showcase will take place at HKRI Taikoohui Multimedia Room, one day after the BoF China Summit, an international gathering for China’s captains of industry. The third edition of the summit will delve into the burning issues, challenges and exciting opportunities shaping one of the world’s most dynamic and important fashion markets. This year’s theme is ‘Modern Entrepreneurship.’