SHANGHAI, China — Despite freezing temperatures and a blanket of snow across the city — the first in five years — China's fashion elite piled into the West Bund Art and Design Centre in Shanghai's Xuhui district for a company that commands a lot of respect here.

Boasting sales of 3.5 billion RMB (US$ 554 million), EPO Fashion Group is one of China’s must-know domestic players. The launch of Common Gender, the group’s new menswear brand, is the latest addition to their growing portfolio built around womenswear line Mo&Co. Nearly 14 years have passed since the group first formed in Guangzhou, leaving founder Jenny Kim a stable of diffusion lines, childrenswear and cosmetics brands.

"You can definitely feel the confidence from them as a brand and as a fashion group. It’s quite fearless," says stylist Declan Chan, who flew in from Europe via Hong Kong to see the collection launch last month. Having worked with EPO in the past as well as international clients like Burberry and Lane Crawford, Chan is well placed to comment on the group’s evolution. 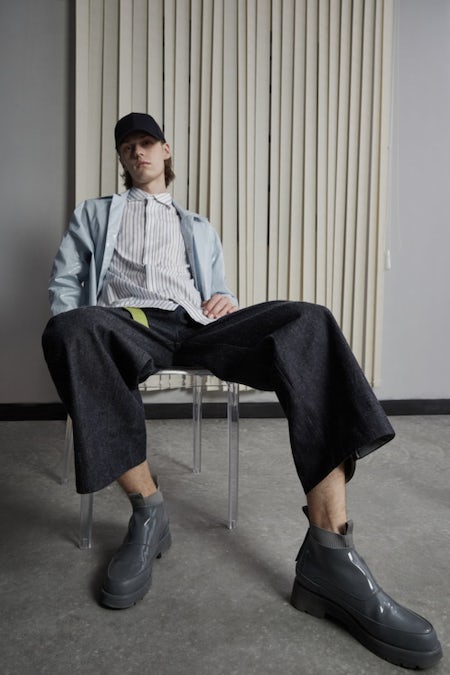 "They managed to build a cool image that is now sought after by the new generation of Chinese shoppers, who no longer blindly follow brand names, but are looking for a cool wardrobe, with attitude. It really fits into the style of the new breed of cool kids from China,” he continues.

The 52-look collection, styled by London menswear designer Xander Zhou, who also acts as creative consultant for Common Gender, was a mixture of classic and vintage styles for the modern man. "We’re not trying to reinvent the wheel or make a fashion statement, we just want to make beautiful clothes with attitude,” Zhou explains.

Working with Zhou — one of China's design polymaths who runs his own successful label — illustrates EPO's ability to make tapping into the zeitgeist profitable. The group also has a track record of investing big in million-dollar advertising campaigns starring the likes of Freja Beha Erichsen and Liu Wen.

“Right now, we have 940 stores in total on the mainland and 20 presences in the overseas market," explains Lea Chan, vice president and creative director of EPO Fashion. The Mo&Co line, for instance, has been stocked by prestigious retailers worldwide including Selfridges in London and Galeries Lafayette in Paris.

“There is this mass consumer in between the low and high ends and they want quality at an affordable price,” says Chan, referring to the group’s contemporary price point. “It’s like a blue ocean.”

It is the vast nature of the opportunity, however, that makes Chan’s job increasingly challenging. While Chinese groups such as Shandong Ruyi, Fujian Septwolves and Fosun seem focused on international fashion investments, others are convinced that the bigger opportunity — and battlefield — remains at home in China, one of the world's largest fashion markets. Indeed, spending on clothing and footwear in the country is estimated to reach $371 billion by 2021, according to BMI Research.

Sandy Chu, editor of retail and buying at WGSN suggests Shanghai's Dazzle Fashion, a group that launched in 2002 and counts 1,000 stores across the country, as one of the main rivals jostling for market share.

"I think they are a very likely competitor, with strong venues, but the style is different. Last year the group also moved into menswear with their brand Razzle and pay similar attention to the visual identity and positioning as EPO," Chu explains.

Veronica Wang, Greater China manager at international consulting firm OC&C, believes that Hangzhou-based JNBY Group, founded by Lin Li, is another local challenger. With 700 stores worldwide, Li's group has a growing footprint and has expanded into the US market. "JNBY created this very natural look which [and] people still seek it out…These brands do not necessarily compete, the EPO and JNBY consumer is not the same, but if you look at the entire Chinese clothing market, competition is fierce," says Wang.

We’re not trying to reinvent the wheel or make a fashion statement.

Ningbo-based Peacebird has made further inroads through its branding and marketing initiatives, while Bosideng ventured into childrenswear after exiting the UK market. Other Chinese apparel giants like La Chapelle Fashion, Youngor Fuguiniao and Hailian have been under pressure for a variety of reasons.

A recent OC&C report cited a reshuffle in the top 10 brands, illustrating the shifting landscape between 2011 and 2016. "In recent [years] you see many veteran brands struggling, like Metersbonwe, and more local brands making a difference," Wang concludes.

One veteran brand that is growing is China's Trendy International Group, formed in 1999 featuring nine brands sold in over 290 cities. As well as introducing Superdry into the Chinese market, this fashion conglomerate also invests in Western brands, most recently Miss Sixty. Many local brands are now working on product and marketing upgrades to better compete with international brands that fall somewhere between luxury and high street, such as premium players like The Kooples, Maje and Boss or low-to-mid-market players like Zara and Esprit.

The advantage that local players have is that they understand the domestic Chinese consumer much more intimately than international brands: from style preferences to clothing fit to in-store and e-commerce experience. Again, this seems to indicate that capturing the Chinese market is less a competition between local and foreign brands than it is a competition between new local brands and well-established local brands.

"The Chinese market is basically international [so] there are many options and opinions. At the same time though, the shopping behaviours of Chinese consumers, in particular, Millennials, are unpredictable," Yuan Yuan Jin, director of YYO Communications, a creative agency based in Shanghai. "This essentially means that nearly all groups such as Trendy, EPO and Dazzle are all fighting for the same market, but what matters is they understand it.”

Staying one step ahead

"For global companies, EPO is a great group to track to understand how the Chinese market is changing, what top Chinese brands could look [like] in the future and for understanding what’s cool today among early adopters," says Chu. 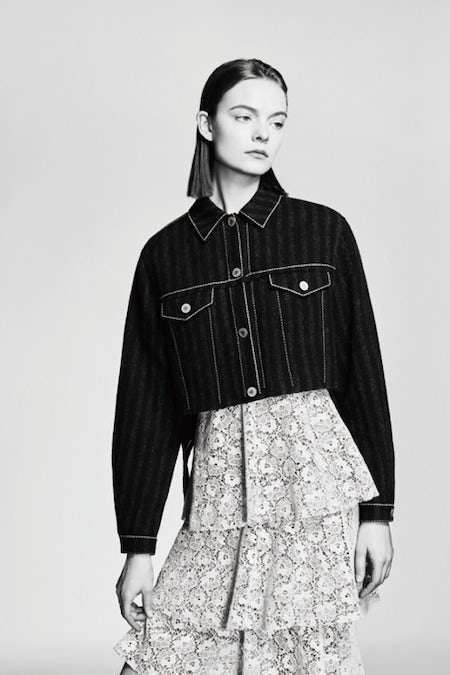 The recently launched men’s line Common Gender sits alongside the two womenswear labels, Mo&Co and Edition10, a cosmetics brand called REC and one children’s line, Little Mo&Co. "It makes sense now that they move into menswear, they’re capitalising on their impressive, consistent and gutsy brand-building. [Now] the family is complete," says Jin of YYO.

Stella Zhang, digital lead at Hot Pot Digital, an agency focused on building international bands in China, cites Mo&Co as an example of a brand that has upgraded alongside the evolving Chinese consumer. "Mo&Co’s strategy locally and internationally is [now] almost interchangeable, as within China they compete on level footing with international brands: their brand name, branding and models are all influenced by and aimed at an internationally-minded Chinese audience.

This cosmopolitan approach has lent itself to Mo&Co building a flagship in Paris’ Marais district, with a new one to open later in the year in central London in addition to concessions throughout all UK’s Selfridges branches. Another asset is the way the group taps into both global and local youth culture. After the recent menswear launch, for instance, guests were treated to a session with California punk duo The Garden.

But when asked about a global expansion strategy, EPO’s Chan is candid about her priorities. "We get great benefits from China and we are not in a rush."

“We focus on concept, on original design and creative involvement,” she explains. “If you have this then don't look back..We know what the standard is and I think that’s the reason we are leading the market.”

Disclosure: Gemma A. Williams travelled to Shanghai as a guest of EPO Fashion Group.