The debut magazine from the stylist’s new content agency is centred around an audio and visual project created with the Italian luxury brand. 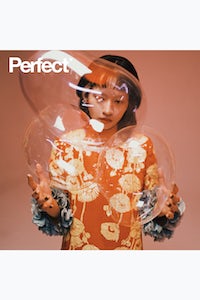 The debut magazine from the stylist’s new content agency is centred around an audio and visual project created with the Italian luxury brand.

The issue is centred around a multi-layered, music-focused collaboration with Italian mega-label Gucci. Each edition of 20,000 in total comes with a Flexi-disc vinyl recording by one of 11 musicians selected by Gucci designer Alessandro Michele and record producer Steve Mackey, as well as images of the featured musicians wearing the brand’s Spring and Pre-Fall 2021 collections. The issue is square, to recall a record sleeve.

The issue also contains content developed with Emporio Armani and Dior mixed in with editorial features and about 40 pages of traditional print advertising. Inside the issue, readers will find a fashion portfolio with Kate Moss, Ajok Madel, actor Kingsley Ben-Adir photographed by Rafael Pavarotti, a feature on TikTok star Dixie D’Amelio by photographer Jahmad Balugo, an essay by critic Bridget Foley and a portfolio of images of England in lockdown by Alasdair McLellan. Other contributors include photographer Rasharn Agyemang, writer Pierre A M’Pelé (aka Pam Boy), artist Laetitia Ky and photographer Trunk Xu. The magazine will be distributed via Dover Street Market, select Gucci shops, specialty bookstores and online, selling for £35 ($48) in the UK.

Grand, a powerhouse stylist who consults for brands like Miu Miu and Marc Jacobs, founded Perfect last September, soon after walking away from Love, the magazine she founded with publisher Condé Nast in 2009. She took most of her Love team with her while adding collaborators like influencer Bryanboy and fashion director Jeanie Annan-Lewin.

“I’ve got a very good understanding of jumping from a design studio to a campaign to a content initiative,” said Grand. The pandemic, she added, had accelerated the shift away from fashion’s “formulised” approach to marketing, once dominated by seasonal campaigns in glossy magazines. “Now I think we’re in a world where, especially without fashion shows, it can literally go anywhere. So it can be a film, or it can be a box, or it can be a fanzine, or it can be a shirt.”

The shift began as brands followed consumers online and began thinking more like media companies themselves, developing their own digital content to publish in their own channels. In response, magazines have expanded the creative services they offer brands.

But Perfect flips the emphasis: it is a content agency first and a magazine second, with the flexibility to publish in a range of formats, from a book to a zine, with no fixed rhythm.

“The idea of a fixed format isn’t really valid anymore,” said Mackey, who is best known as the bass guitarist of British alternative rock band Pulp. Mackey worked with Michele to select the experimental pop musicians for the project — from Taiwanese hip hop artist Hsien Ching and French composer Angèle David-Gillou to British cellist Oliver Coates and Jamaican music collective Equiknoxx — who recorded live performances that will also be uploaded to YouTube.

To produce the imagery in the first issue, Perfect worked with a global network photographers and stylists in Moscow, Lagos, Jamaica, Berlin, and Tokyo, among other cities. The Malaysian photographer Zhong Lin shot Ching for the cover.

“It’s about treating imagery in a bit more of an exciting way,” said Annan-Lewin, contrasting the approach to a standard branded content shoot. “I think it exceeded everybody’s expectations.”

Perfect’s first brand partnership was a social media “takeover” for Valentino in September during its Spring 2021 runway show. Later, Grand worked with Fila on a capsule collection of apparel released for the holidays at Dover Street Market and then released a second collection with Italian sportswear brand during Milan Fashion Week in February. In February, Balmain enlisted Perfect to capture its new “Chocolat” handbag, completely covered in melted chocolate, for Balmain’s social media channels.