The size inclusive e-commerce platform will use the funding from backers including Nordstrom to expand its personal shopping service. 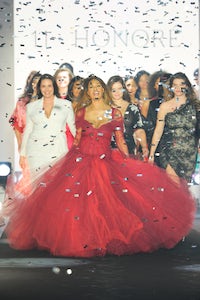 The size inclusive e-commerce platform will use the funding from backers including Nordstrom to expand its personal shopping service.

The company’s client services offering, which provides customers with personalised styling and fit advice, has shown potential for swift and rising returns. Katie Murphy, who heads up the division, generated $50,000 in sales in her first month after she was brought on board last August. She’s now trending towards $200,000 in sales each month and the company is expecting to have 12 full time sales associates by the end of the year.

The new investment is intended to build out the channel, tripling the e-commerce platform’s network of sales associates over the coming year, and developing its technological and logistical capabilities. The division represents an important revenue driver, as well as a personal touchpoint and marketing tool in an era of digital saturation. It’s proved particularly powerful in a market that’s been historically under-served and often created a negative shopping experience for women.

“At the end of the day we’re here to make women feel better about themselves, not worse,” said founder  and Chief Executive Patrick Herning. “There’s an archaic system that’s done that and we want to break down the barriers of that experience.”

The opportunity presented by client services reflects the cultural changes that have helped propel the size-inclusive e-commerce platform’s growth since its launch in 2017. The concept is simple: to offer the same clothes at the same prices that luxury brands offer in straight sizes, but in sizes 10 to 20+.

At the end of the day we’re here to make women feel better about themselves, not worse.

Until recently, that kind of offering simply didn’t exist, since few mainstream designers offered extended size ranges. At launch, 11 Honoré featured around a dozen brands. To this day, curvier women have limited options, both in terms of the brands and the retailers that cater to them.

But the company has both benefited from and helped drive a palpable shift towards a more size-inclusive approach by high-end fashion brands. The production of plus-sized clothes can be expensive for designers because it entails a separate pattern from straight-size garments. To incentivise its partners, 11 Honoré offers help with pattern-making and grading. In return, it’s able to secure exclusive partnerships to supply many brand’s plus-size lines. 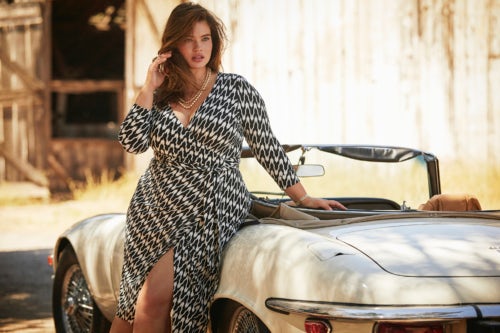 While 11 Honoré doesn’t disclose sales numbers, Herning said its revenue grew 100 percent quarter over quarter in the first half of the year. By 2024, the company estimates the global plus size market will represent a $100 billion opportunity.

Last month, it added Diane von Furstenberg and Dolce & Gabbana to its roster of designers. Over the coming months, it’s eyeing the addition of brands including Carolina Herrera and the launch of its own private collection at a slightly lower price point.

“It’s really about listening to our customer and then going out and securing those brands,” said Herning. “This 360s into client services where we have direct communication with the customer who we’re listening to.”

The company’s latest financing round led by venture capital firm Greycroft Partners builds on $8 million of investment secured in a Series A last year. Alongside the new investment, the company is partnering with Nordstrom to host trunk shows in Chicago and Nashville this week, with more to follow in Atlanta, Detroit and other locations next month.

The American department-store-chain has been one of the most progressive retailers in offering extended size ranges — an opportunity others have been sluggish to grasp. The company has also been aggressive about partnering with online brands, selling direct-to-consumer start-ups like Everlane alongside conventional designers.

When you think of who’s out there in our lane, there’s nobody doing what we’re doing.

Alongside a roster of venture capital funds, Nordstrom is joined in 11 Honoré’s latest funding round by the venture arm of GC1 Holding, the company behind Latin American retail chain Grupo Coppel.

For 11 Honoré such links to large physical retailers presents significant opportunities to scale up its lucrative client services offering. In addition to hands-on personal shopping that pays particular attention to historical pain points for curvy women like a garment's fit and differences in sizing across brands, clients benefit from pop ups and in-person shopping events, as well as first-look access to new season designs and custom-made garments.

“When you think of who’s out there in our lane, there’s nobody doing what we’re doing,” Herning said. “We’re not taking a page out of a playbook; we’re writing the playbook.”