LONDON, United Kingdom — In the heyday of department stores, fashionable ladies flocked to luxury emporiums like Le Bon Marché, Bergdorf Goodman, Saks Fifth Avenue and Selfridges. Draped in fur coats, their heads crowned with dainty millinery, they buzzed around merchandise that had never before been available in such a wide assortment under one roof. Department stores were wondrous and bright communal playgrounds, places to socialise and explore the seemingly endless stock of goods, often from far-flung locales.

“At the beginning, department stores were monsters, anchoring the city centre, with an enormous collection of product coming from all over the world,” said retail veteran Vittorio Radice, the former head of London’s Selfridges and currently chief executive of La Rinascente, the Italian department store owned by Thailand’s Central Group. “They were the souk of the 19th century. You went to those stores not only to buy but basically to spend time, to browse. It was the flâneur going in and spending time admiring beautiful goods that they had heard about.”

But, today, department stores have lost some of their lustre, along with a significant share of total retail sales. The shift began in the 1960s and 1970s, as product categories that were better served by specialty chains and discounters — such as books, music, electronics and furniture — began a mass exodus from department stores and, later, became top sellers for e-commerce giants like Amazon.

As a result, department stores doubled down on fashion, a high-margin category where touching and feeling product is still critical to consumers. “Department stores focus primarily on apparel and accessories, which generally have small penetration with pure play e-tailers,” said Steven Dennis, a retail consultant and former senior vice president of strategy at Neiman Marcus Group.

A similar thing has happened in Europe. “Chains specialised in books, electronics, fashion, fast fashion, young fashion — they took away business from department stores,” added Radice. “Zara started, and H&M, and Benetton in Italy. Then, with the arrival of designers opening their own boutiques, it was an even further acceleration towards migration from a generalistic store to a specialised store.”

Yet, today, a number of leading luxury players are reasserting their position on the retail landscape with a range of new strategies aimed at reinventing the department store.

In the years since the global financial crisis, Saks Fifth Avenue has struggled to regain its former glory. And, since 2010, the company has shuttered more than a dozen stores. Now, the retailer’s new president, Marigay McKee, former chief merchant of Harrods, aims to revive Saks’ storied history and elevate its positioning with massive renovations to the company’s most important stores. “We plan to renovate the New York flagship and spend $250 million on this over the next few years to return it to the legacy heritage of this iconic luxury American brand,” said McKee.

Canadian department store Holt Renfrew, soon to face new competition from Saks and Nordstrom in a Canadian luxury market they have long dominated, has built personal service experiences around a set of fully customisable VIP suites where top customers can try on garments, rest and leave their children to play. The suites are also used to host receptions with designers. “It’s all about looking for cues within the customer that can suggest what is uniquely special to them at that moment,” something which is difficult to deliver online, said Mark Derbyshire, chief executive of Holt Renfrew. “What’s the underlying thing they’re looking for and how can we be of service?”

Last November, Selfridges — which, like Holt Renfrew, is also owned by the Weston family and is a leader in staging one-of-a-kind ‘retail theatre’ — debuted a three-storey Louis Vuitton ‘Townhouse,’ replacing the brand’s standard concession with a much larger space full of playful elements like a double helix-like structure containing a revolving glass elevator. In September, Selfridges’ Wonder Room hosted its largest ever single-designer concept installation, ‘The World of Rick Owens,’ featuring a selection of products that Owens described as “what I’d carry into my burial pyramid.” In a similar vein, Harrods has also been able to attract significant foot traffic to its iconic London store by staging temporary exhibition-like installations with Dior and Prada.

Creative merchandising has long been at the core of Lane Crawford, Greater China’s leading chain of luxury department stores. Its flagships have dedicated prime real estate to the company’s bold visual displays, creating an effect akin to walking into a carefully curated magazine. “In all of our stores, at the heart of them, they’re visual merchandising, they’re not retailing space, which is almost putting retailing on its head, right?” said Lane Crawford president Andrew Keith.

Barneys New York has embraced a clear and effective strategy: stock unique products that shoppers can’t find elsewhere, many sourced from the hot young designers the store is known for breaking. “One of our biggest points of differentiation is our unparalleled merchandising, with a focus on ‘XO Exclusively Ours’ products that can’t be found anywhere else in the world,” said chief executive Mark Lee.

Smart department stores are also integrating their online and offline channels to deliver a more seamless customer experience and tap new markets. The Hong Kong-based Lane Crawford has deployed the strategy to quickly scale in mainland China, meshing together its online presence with physical flagships (which also serve as distribution centres for e-commerce) in Beijing, Shanghai and Chengdu. “The vastness of China means that not every customer is in a major city or will necessarily have access to be able to get to a major city,” said Keith.

“What we feel strongly about is laying the groundwork for the future with our investment in technology as an enabler of great service,” said Pete Nordstrom, executive vice president of his family’s department store chain. “We are intently focused on providing that great experience no matter how a customer shops with Nordstrom.” The company will invest $1.2 billion over five years to bolster its tech infrastructure.

In recent years, consumers from emerging economies like China, have driven a boom in travel retail, now worth about $63 billion annually. In response, department stores like Harrods in London and Galeries Lafayette in Paris have positioned themselves as must-see tourist destinations, linking their brands to the cultural identities of their host cities.

“Each [city] has its own department store — a place where you interpret the lifestyle of the region, the locality and attract tourists,” said Radice of Italy’s La Rinascente, whose stores vary in design and assortment from city to city — a café terrace overlooking a piazza in Florence, a specialty design department in Milan – to capture the unique selling point of each locale. “You need to take advantage [of your city] and become the store of the city. That’s what department stores should be, all over the world, so when I come to your city centre and want to go somewhere for a coffee, spend time, to go see new things and even buy new things, it should be your store.”

BoF spoke to the multitasking chief executives of some of the world’s leading luxury department stores to learn about how they are maintaining their relevance in a fast-evolving consumer landscape full of competition from monobrand stores, specialty retailers and e-commerce players. 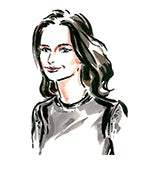 Averyl Oates, fashion and deputy commercial director, Galeries Lafayette: “We trade on the strength of our brand both domestically and internationally. Very strongly, what we believe in is the democratisation of fashion. So it’s fashion accessibility, which is very different from other department stores. Department stores today are really driving luxury, but we believe in the portfolio of brands, from opening price points.” 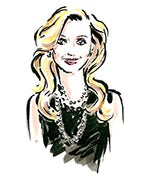 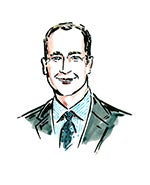 Pete Nordstrom, executive vice president, Nordstrom: “We strongly believe that customers don’t value channels, they value experiences. To that end, our entire team is focused on creating innovative and relevant customer experiences in our stores. It isn’t about any particular system, device, partnership or technology but about how we can continue to improve the service experience.” 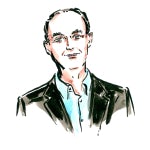 Vittorio Radice, chief executive officer, La Rinascente: “Stop being a chain of stores and become a collection of stores. If you are able to interpret the mood of the period and region that you are living in, you will be able to be better and actually make a profit and living out of it. You need to take advantage [of your city] and become the store of the city.” 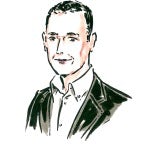 Mark Lee, chief executive officer, Barneys New York: “Whether it be projects like the Russell Westbrook XO Barneys collaboration or Dries Van Noten, which Barneys launched exclusively in the US market over 25 years ago, we have a long history of championing young talent, as well as giving more established designers a modern and unique forum to showcase their brands.” 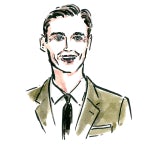 Mark Derbyshire, president, Holt Renfrew: “The core of our innovation within Holt Renfrew is built on a deep understanding of the Canadian customer with a global lens and envisioning where they will be five years from now and creating concepts and putting a strong sartorial lens against it. The innovation comes through the experience. The experience is everything to us.” 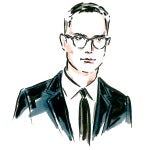 Andrew Keith, president, Lane Crawford: “We have our beautiful flagship stores in major cities and also our online presence to bulk up the Lane Crawford message above and beyond those cities. This means we have had to restructure the entire organisation to facilitate putting the customer at the heart of all our decision-making.”

This article originally appeared in the second annual #BoF500 print edition, ‘Polymaths & Multitaskers.’ For a full list of stockists or to order copies for delivery anywhere in the world visit shop.businessoffashion.com. 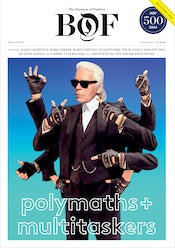