The Secret to Breathing New Life Into Old Brands

Banana Republic, J.Crew, Express and other mall brands are all promoting a new, more digital and fashion-forward identity in a bid to regain relevance.

The Secret to Breathing New Life Into Old Brands

Banana Republic, J.Crew, Express and other mall brands are all promoting a new, more digital and fashion-forward identity in a bid to regain relevance.

As Banana Republic embarks on its latest attempt to recapture its past glory and reverse a years-long slide in sales, the brand is taking a cue from the luxury giants.

Earlier this week, the long-struggling Gap-owned retailer launched the second phase of its reinvention. Dubbed “Imagined Worlds,” the campaign is meant to separate Banana Republic from a crowded field of chains selling moderately priced, sensible clothes meant to be worn to the office or a night out with friends.

Andjelic described the effort as delivering a “core promise” to always offer customers “a different imagined world” with every major product drop. Its latest collection, called the “New Look,” features tailored jackets and cargo pants in rich neutrals, a nod to the brand’s safari-themed origins. This holiday season’s theme, she added, will be medieval. 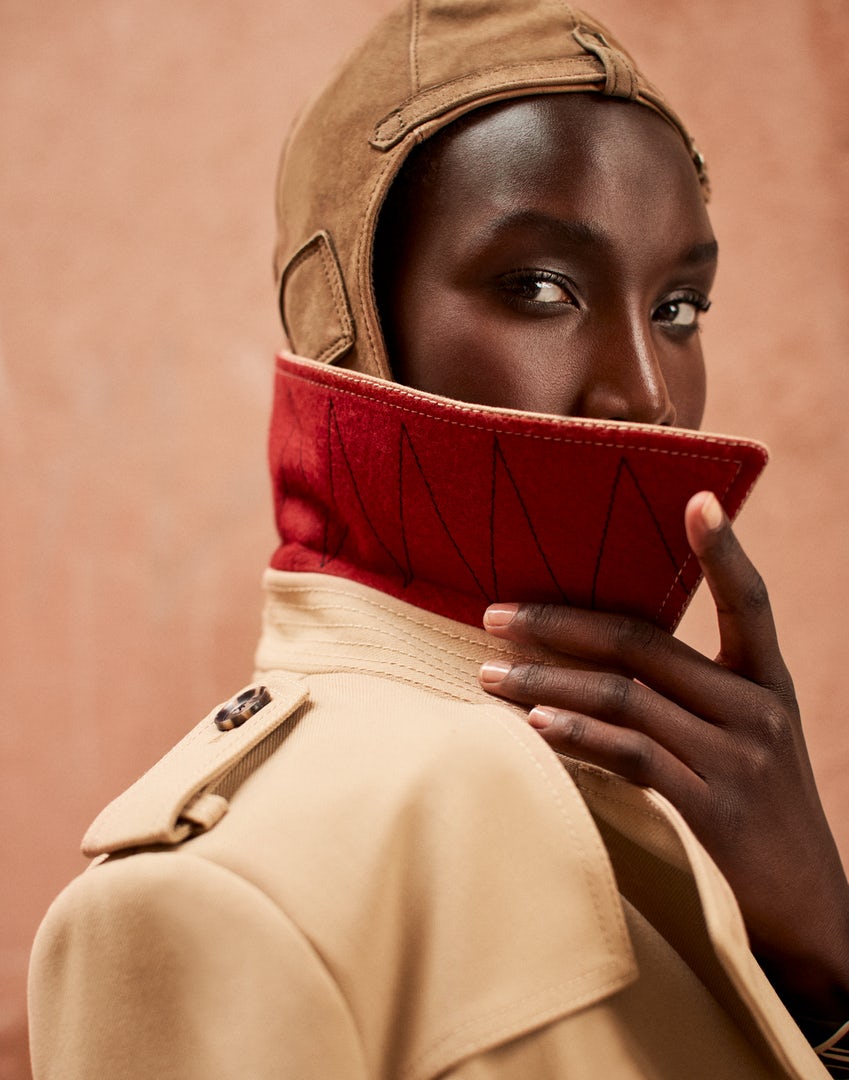 Banana Republic isn’t alone in attempting to change its narrative. J.Crew, which exited bankruptcy about a year ago, recently launched its own new look under chief executive Libby Wadle and women’s fashion director Olympia Gayot, with reinvented classics and a promise to discount less frequently. Express began refreshing its product assortment last year and has since closed more than 80 locations as it eyes $1 billion in e-commerce sales. And Victoria’s Secret has jettisoned its Angels in favour of a diverse group of celebrity ambassadors.

All four retailers have adopted wildly different marketing strategies, but underneath are following a similar playbook: improve product assortment, close unprofitable stores, reduce promotions and target Gen-Z consumers. The timing of these efforts is no coincidence, experts say.

“The pandemic made change palpable for many of these brands,” said Robert Burke, chief executive of retail consultancy Robert Burke Associates. “It was the perfect time to look at themselves and make some major, sizable changes, whereas this was harder when they were chugging along day-to-day.”

Creating a Banana Republic aesthetic that’s as recognisable as Gucci’s loafers or a Versace print is a tall order. In Banana Republic’s favour is its former culture-making status, particularly in the 1990s, when the brand was known for its sleek workwear and “metrosexual” look under then-Gap chief executive Mickey Drexler.

Since then, sales have stagnated alongside its sister retailer Gap under the Gap Inc. umbrella, though the company has seen promising recovery this year. Second-quarter sales totalled $4.2 billion, up five percent compared to the same period in 2019. Sales for Banana Republic, however, was still down 15 percent. The company said last October it would close 130 Banana Republic stores, mostly in mall locations where traffic has steadily declined.

It’s much harder to claw your way back up than start out as a new brand.

“It’s possible, but it’s also important to acknowledge that it’s much harder to claw your way back up than start out as a new brand,” said Simeon Siegel, a retail analyst at BMO Capital Markets.

Plenty of people still regularly stop into a J.Crew or Banana Republic to pick up no-fuss button-down shirts or soft chinos. The key to a rebrand is to balance the needs of existing customers while reaching out to new ones.

Andjelic calls this a “party-in-the-front, business-in-the-back approach,” in which social media ads and commercials may highlight the loudest, most style-forward pieces but customers can still find their old favourites both online and in stores.

Perhaps the biggest challenge that plagues mall retailers today is the waning demand for traditional workwear. J.Crew, Banana Republic and Express all specialise in wear-to-work staples. With many of their customers working from home, demand has suffered.

To distance themselves from the office, J.Crew is exploring athleisure, while Andjelic calls Banana’s new collection “genreless.” Still, shaking the workwear branding is a long-term project.

“Companies that are viewed as business casual, wear-to-work or preppy still need to figure out their place in an athleisure-dominated world,” said Siegel. The world may be opening back up, he added, but “comfort is not going away.” 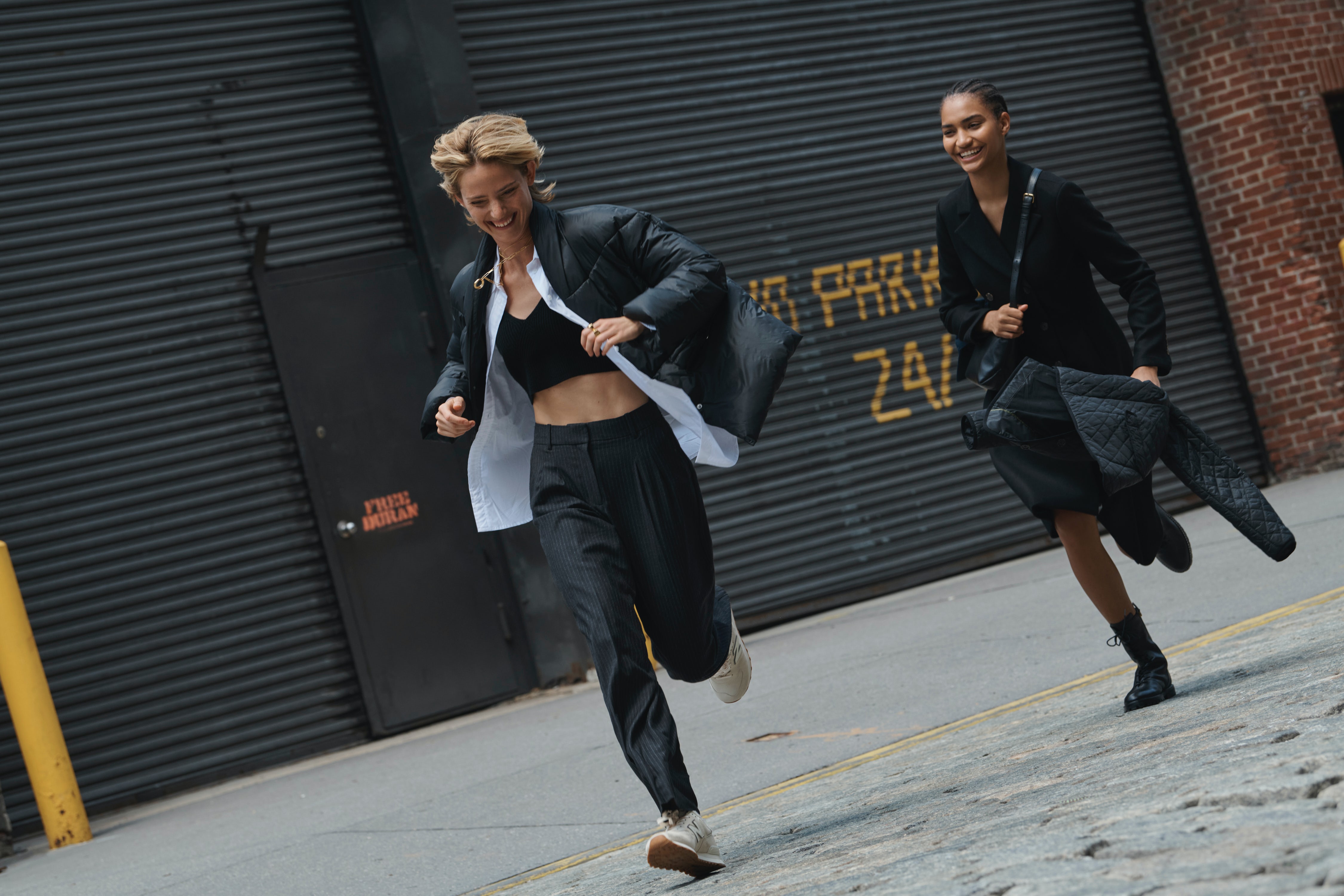 As their cultural cachet faded, mall brands have relied on discounts to get customers in the door. Most pulled back on sales during the pandemic and the biggest test of their rebranding efforts is whether they can maintain that discipline.

Banana Republic, for instance, plans to hold quarterly sales, down from six sales per year, according to Andjelic.

Right now, manufacturing and shipping delays are holding down inventory across the industry, making it easier for brands to charge full price. The real test will come when the shortages dissipate, likely sometime next year, analysts say.

Still, even making it through the pandemic, plus the last few years of disruption, is a sign of resilience, said B.Riley retail analyst Susan Anderson. Online competitors, after all, are vying for the same market share that mall retailers currently still dominate.

“It’s really about sticking to that core, offering good products at a reasonable price that are on trend,” Anderson said. “In other words, doing what they do best. They have so much history and expertise already, and a lot more skill than the up-and-coming brands.”