In today's News Bites, Italy launches a celebration of its ethical and sustainable manufacturing industry, and a sign that Tiffany needs to chart a new path forward.

The inaugural Green Carpet Fashion Awards is to take place in Milan on September 24.

Created by Livia Firth's initiative Eco-Age and the Camera Nazionale della Moda Italiana (CNMI), the goal of the awards is to differentiate the Made in Italy brand and its focus on ethics and sustainability.

The event, which will be held at Milan's Teatro alla Scala during fashion week, will feature brands including Fendi, Giorgio Armani, Gucci, Prada and Valentino. Each house will create a look made according to Eco-Age's rigorous Green Carpet Challenge validation criteria.

The Green Carpet Fashion Awards will also announce the winner of a new emerging designers competition, for which applications will open next month.

"Italy is the steward of a unique design heritage, of which I have always been supremely proud," said Livia Firth, founder and creative director of Eco-Age. "But this must now be developed and built on the values of environmental protection and social justice in our supply chains, which will uniquely allow Italy to be the added value designer and manufacturer on the global fashion stage.”

The CNMI launched its commitment to ethics and sustainability in 2012, when it published its “Manifesto of Sustainability for Italian Fashion”. “Sustainability is the central pillar of CNMI’s vision of fashion for Italy," said CNMI chairman Carlo Capasa. "This celebratory event will present that vision to the world in a highly innovative and contemporary fusion of glamour and creativity that’s uniquely Italian.” — Tamara Abraham

Tiffany & Co. has added three new directors to its board in a sign that the company needs to chart a new path forward.

The appointments are part of a deal with activist investors Jana Partners. The news comes just weeks after Reed Krakoff was named chief artistic officer, as well as the departure of CEO Frederic Cumenal and creative director Francesca Amfitheatrof.

Collectively, these moves add to hopes that the jeweller is taking the right steps to remedy years of declining sales. Certainly, Francesco Trapani, a former CEO of Bulgari, Roger Farah, former CEO of Tory Burch and Ralph Lauren board member, and James Lillie, CEO of Jarden Corp., bring a wealth of experience from the luxury retail and lifestyle sectors. 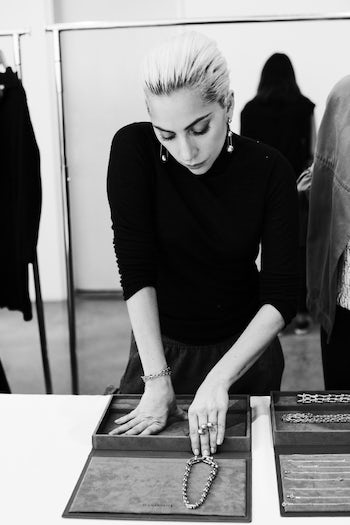 “It’s certainly a necessary move,” says Anusha Couttigane, senior analyst at Kantar Retail. “Tiffany is in real need of directional change, but new directors with such a significant stake in the business could mean Tiffany comes under pressure to make some tough decisions in order to revive its fortunes.”

The appointments are part of an ongoing process to refresh the Tiffany board, said chairman and interim chief executive Michael Kowalski in a statement. "We also believe the strength of our board will be an asset in our ongoing CEO search process.”

Couttigane believes the new board members could help Tiffany modernise its approach. “[The new board members] will be in a position to advise not only on Tiffany’s core product strategy, but also on different approaches to reinforcing the brand for the modern shopper and scaling operations in a way that strengthens processes and grows margins,” she says.

It’s a view shared by Neil Saunders, managing director at GlobalData Retail, who believes there is clear logic to the appointments. “Sometimes, with activist investors, they put people on the board who are there to do financial wizardry or to extract profits or do things that aren’t really in the long term interests of the company,” he says. “But when you look at these individuals, actually they are people who could have been appointed to a board by a natural process. You would see the logic in it.”

In recent years, Tiffany has faced challenges in both mature markets like the United States and emerging markets including China. The company has reported declining sales in seven of the past eight quarters.

In January, the company announced Lady Gaga as the face of a new collection called HardWear, promoted via the company’s first ever Super Bowl commercial, an effort from which Tiffany hopes to see some engagement.

“It is vital for them to really reinvent the wider proposition, because the brand certainly is about the advertising and marketing and the tone, but its also about the stores and the products," says Saunders. "[It needs] a bigger modernisation of the brand to really help it connect with its customers in much stronger way.” — Limei Hoang