The former Richemont executive led the group’s only menswear brand, charged with mining its significant lifestyle potential, before returning to Dolce & Gabbana in 2017.

Now Dolce & Gabbana's chief operating officer as of June 2017, Fabrizio Cardinali was formerly the chief executive of Alfred Dunhill. He held the position from June 2013 until he was succeeded by Andrew Maag in January 2017. During his tenure the executive sought to capitalise on the brand’s lifestyle potential through new creative hires, an increased and consumer-centric product line expansion, and a continuing push in retail, focused on its ducal Mayfair flagship.

Cardinali was appointed to Dunhill at a crucial time in the brand’s development, as part of a group-wide strategy and management shuffle, intended to re-energise the fashion and soft luxury brands owned by the Financière Richemont group.

Cardinali joined Dunhill from stablemate Lancel, where he served as chief executive from October of 2012. Cardinali initally joined the Richemont group from Dolce and Gabbana, where he was the sales and marketing director following a six-year stint as the worldwide director for the label. In addition to his career in luxury, the executive held several senior roles at Levi Strauss & Co . and the Diesel group. 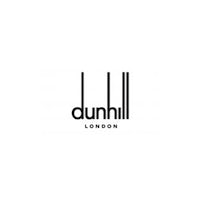