After an eight year period of absence, the minimalist designer returned to the helm of her eponymous label in 2012, before announcing her intent to leave once again due to personal reasons.

Sander began her career as a fashion editor at German magazine Petra, before opening her first boutique, at the age of just 24, in 1967 in Hamburg. The shop sold Thierry Mulger, Sonia Rykiel and her own designs. Sander founded the Jil Sander label in 1968. Although her first Paris showing, in 1975, was not a success, the designer's refined take on minimalism eventually proved popular and, in 1989, the Jil Sander brand went public on the Frankfurt stock exchange. Sander used the new capital to expand in Asia and North America.

In 1999, the Prada Group bought a 75 percent share in the company. Sander stayed on as creative designer and became chairwoman in the new joint venture, but abruptly resigned soon afterwards, citing disagreements with Prada’s chief executive Patrizio Bertelli . Following a truce with Bertelli, Sander returned to the company as head designer in 2003, but left again in 2004 due to insurmountable differences.

In February of 2006, Change Capital Partners acquired the Jil Sander label from Prada Group. Two years later, it was sold to Japan’s Onward Holdings. In 2009, Sander entered into a partnership with Fast Retailing, for which Sander designed womenswear and menswear collections for Uniqlo, branded +J. Success saw the collections sold throughout Asia, and a launch in Uniqlo’s New York City store in 2010.

After an eight-year absence, designer Jil Sander, known for her minimalist aesthetic, triumphantly returned to her namesake house in February 2012, succeeding Raf Simons , the brand’s creative director since 2005. However, after just three seasons back at the brand, Sander left the label for the third time, citing "personal reasons". The news broke following speculations about disagreements between Sander and Prada. For her tenure at Jil Sander, she received the Bundesverdienstkreuz in Germany.

Her departure was met with the appointment of the italian designer Rudolf Paglialunga as creative director, formerly at the helm of Prada womenswear. When Paglialunga resigned just three years later, the married couple, Luke and Lucie Meier took up the position as co-directors in April 2017. With previous experience at the likes of luxury fashion houses Belciaga, Louis Vuitton, Dior and Raf Simons , the duo embarked on their first official design venture together. Reimagining the brand from a modern functionality lens, the couple launched Jil Sander+, a collection focused on “life beyond the city”, which was debuted at the Milan Furniture Fair in 2019.

Milan Design Week also saw a collaboration between the co-directors and the Australian artist Linda Tegg, who created a living installation inside the Milan Jil Sander headquarters. The installation featured a sizeable growth of mosses, succulents and other grasses emerging from the floor, in an experimental exploration of our relationship with nature. 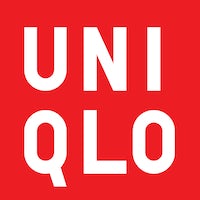