Hailed as the ‘man who dressed America,’ he turned around multiple mass brands like the Gap before transforming J. Crew into a cult hit.

The former chairman and chief executive of J. Crew from 2002 to 2019, transformed the once-staid retailer into one of America's most coveted and successful apparel brands, famously worn by the country's fashion-savvy former first lady Michelle Obama. He also founded retail chain Madewell during his tenure at J.Crew.

Drexler began his career in the mid-1980s, following an MBA from Boston University's Graduate School of Management, serving as merchandising vice president at Abraham & Straus in Brooklyn, New York. Brief tenures in department stores such as Macy’s and Bloomingdales followed and in 1980, Drexler was hired to lead Ann Taylor, a mid-market American womenswear brand that had incurred significant losses. Drexler’s savvy business acumen revitalised the brand in three years, making it the go-to store for working women around America.

In 1983, Gap founder Donald Fisher recruited Drexler to oversee the company's portfolio of brands. Starting with the basics, Drexler ordered the rethink of merchandising strategies, store layouts and marketing campaigns — all to impressive effect. While at Gap, Drexler founded Old Navy. Drexler was abruptly fired by Fischer in 2002.

Drexler was director on the board of Apple from 1999 to 2016. In 2013 he joined the board of eyewear start-up Warby Parker and in 2017 became chairman of the board of Outdoor Voices, one of the brands he has invested in with his namesake ventures arm.

In 2017 Drexler became an investor and advisor at Alex Mill, founded in 2012 by his son Alexander Drexler as a maker of men's shirts. In 2019 the brand Alex Mill was relaunched, adding womenswear. The brand also named Somsack Sikhounmuong as its creative director and designer. In 2021 Drexler became the chief executive of the brand. 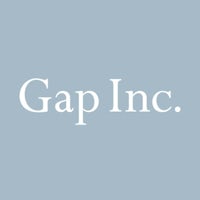 The BoF Podcast: Millard Drexler on Why ‘Growth Is the Enemy’

J.Crew Says Bankruptcy Is the Reset it Needs. But There Actually Has to Be a Reset.