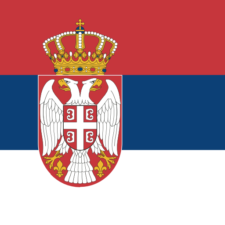 The Serbian-born, CSM-educated designer has gained momentum and fans for her eponymous brand of modern, streamlined dresses.

Roksanda Ilinčić is a fashion designer based in London and the founder of the label Roksanda.

Ilinčić studied architecture and design at the Faculty of Applied Arts, University of Arts in Belgrade, before studying at Central Saint Martins in London in 1999, where she graduated with an MA in womenswear.

"I was hungry to learn and start the label, but I wasn't really aware of what my strengths were. At Saint Martins, they were able to push that out and make you realise — and in my case, it was the complete opposite to what I thought it was. I had rebelled against anything feminine when I was back home — all the classic elements that I appreciate now."

Today, Roksanda has become a must-see at London Fashion Week where the line is known for her bold use of colour, luxurious fabrics and clean, elegant lines. The label — which offers day and evening dresses, handbags and swimwear — is now available over 125 stockists around the world. In July 2012, she launched a new childrenswear line "Blossom," inspired in part by her daughter, Efimia.

"My clothes are about the fit and feeling comfortable. Even when they are experimental, they are very wearable. It's not about creating pieces of art. My way of designing isn't perhaps what people expect to see from London," she said of her elegant, dressy collections. "But I never had any thoughts about going anywhere else. People in London are so open-minded to any kind of creativity.” Ilinčić told The Daily Telegraph.

Early in 2014, Ilincic attracted investment from Eiesha Bharti Pasricha, who took a minority stake in the business. The infusion of capital enabled Ilincic to open a 2,500-square-foot David Adjaye-designed boutique on London’s Mount Street in June. “I wanted to support young talent, but with a brand that already had some traction with its consumers and had a presence, however small,” said Bharti Pasricha.

She has also produced diffusion lines for high street stores Whistles and Debenhams. In the run-up to the London 2012 Olympics, she was one of a number of designers who created a T-shirt to raise funds for the Evening Standard's Dispossessed Fund.

In 2019, Ilinčić tried her hand at interior design, offering her own take on The Penthouse at Gasholders London, where she specially curated interiors and artwork. The penthouses are part of a landmark residence in the heart of London’s King’s Cross. 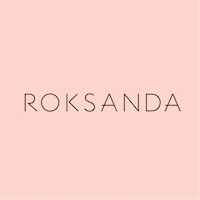 University of Arts in Belgrade