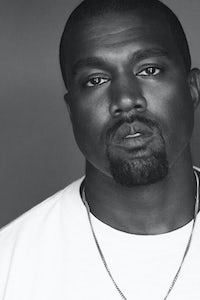 Kanye West remains focused on developing his apparel line for Gap Inc., according to the chief executive officer Sonia Syngal.

“I spoke to Yeezy last night and he’s very, very focused on this incredible opportunity,” Syngal said Thursday in a call with analysts.

West will launch his apparel line with the San Francisco-based retailer toward the latter part of the first half of the year, Gap executives said.

Gap and West announced the partnership, which will be called Yeezy Gap, in 2020 and have been at work designing products in Wyoming, where West has a ranch. The deal is for 10 years and includes apparel for men, women and kids. It does not include footwear, since the Yeezy brand is in a long-term deal with Adidas.

For Gap, Yeezy provides a cool factor and a lot of hype to a company that has struggled in recent quarters. Sales at the Gap brand were flat in the fourth quarter, while sales of the company’s sister brands Old Navy and Athleta continued to grow.

The Yeezy brand will get mass distribution and exposure to a broader market through the deal with Gap. West’s compensation will be tied to sales, and his business will earn royalties and potential equity.

His association with the brand has already put a spotlight on Gap -- specifically its board diversity. In September, West tweeted that he doesn’t have a board seat at Gap or Adidas. He added, “Black board seats matter.”

Companies face growing pressure to diversify their leadership ranks in the wake of global protests against racial injustice. Gap announced on Thursday that Salaam Coleman Smith would be joining its board of directors.

Syngal said that West and Gap brand CEO Mark Breitbard are working hard on the partnership, which has “very big potential.”

By Jordyn Holman and Kim Bhasin.

In other news
Retail