Actress Yang Mi said she’ll stop all work with the luxury brand after a controversy erupted online over a T-shirt design that listed Hong Kong and Macau as countries.

Chinese actress Yang Mi said she’ll end her cooperation with the luxury fashion label after a controversy erupted online over claims that its T-shirt design defied the “One China” policy.

Yang, Versace’s first Chinese brand ambassador, issued a notice to the company to end her contract and stop all work with the brand after its T-shirt listed Hong Kong as a country rather than a city. It did the same for Macau. Both are special administrative regions of China. 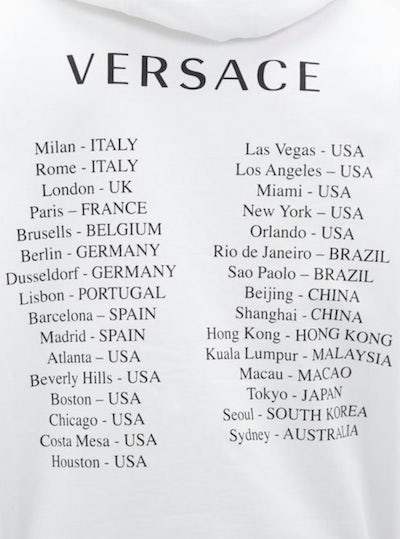 Yang said Versace has harmed China’s sovereign and territorial integrity, according to a statement posted Sunday on the official Weibo account of Jiaxing Xingguang, the actress’s studio. Versace has apologised and removed the T-shirt. Hong Kong, a former British colony, became a special administrative region of China in 1997.

Versace’s T-shirt is the latest in a string of faux pas by foreign companies when it comes to dealing with China. Last year, Dolce & Gabbana’s video ad that showed a Chinese model struggling to eat spaghetti and pizza with chopsticks sparked outrage and a boycott of its products. Earlier this year, Leica Camera AG quickly distanced itself from a promotional video that prompted a backlash against the company in China for partially focusing on the 1989 Tiananmen Square pro-democracy protests.

The controversy around the T-shirt also comes as sensitivities around China and Hong Kong have intensified in the past two months with anti-Beijing protests in the city in their 10th week. This weekend, the demonstrations spilled over from city streets to a sit-in at the airport, the world’s third-busiest in terms of international passengers.

China also clamped down on Cathay Pacific Airways Ltd. after employees of Hong Kong’s dominant airline joined the protests, one of the strongest signs that Chinese authorities are losing patience with the months-long demonstrations sweeping the former British colony.

Versace apologised in its own official Weibo account post for the “wrong design” that incorrectly attached country names to cities. The T-shirts were taken off its shelves on July 24 and have been “destroyed,” it said.

“This is our negligence and we are deeply sorry about the impact we caused,” Versace said in the post, adding that it “resolutely respects China’s sovereignty.”