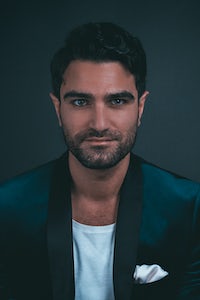 DUBAI, United Arab Emirates — A new monthly men's magazine is coming to the Middle East, and Adam Baidawi is leading the charge. At 28-years-old, the journalist and photographer is taking on the role of editor-in-chief of GQ Middle East, which will launch in September through a license agreement between Condé Nast International and ITP Media Group.

What makes Baidawi an interesting choice for the newly created position is his unconventional background. Though he is an experienced reporter, his work has been far more diverse than the narrow scope that fashion magazine editors traditionally cover. Born in Abu Dhabi to Iraqi parents, Baidawi grew up in Australia and most recently held the post of Australia correspondent for the New York Times, where he reported primarily on politics, technology, migration and other hard-hitting topics for the paper.

Since 2011, he has also written about markets extending from Colombia and Iraq to North Korea and the United States, and photographed numerous celebrities, athletes and politicians, for titles such as British and Australian GQ, Mr Porter, CNN, Vanity Fair Italia and Esquire UK.

Baidawi, who will oversee the editorial direction of GQ Middle East across multiple platforms, including a monthly English-language print magazine, a bilingual website and social media, said he hopes to fill its pages with not just advice and inspiration on men’s fashion and style, but broader stories that appeal to a socially conscious audience.

“The idea of what it means to be a man, and the values of men, are changing globally,” he told BoF. “The thing is, we’re not speaking to any one Middle Eastern country. We’re speaking to a whole region of men, who are very internationally minded and often internationally educated or travelled as well. GQ is a voice of progression and [we] are going to start and support a lot of conversations in the region.”

The Middle East accounted for three percent of global luxury consumption in 2015, according to a report by Bain & Company for Fondazione Altagamma, and is expected to significantly outpace the growth of the global luxury goods market in the next five years. In 2017, Net-a-Porter said that average order value in the Middle East was 50 percent higher than the rest of world.

“With a growing luxury market and thriving cultural scene, there has never been a more perfect time to launch GQ Middle East,” added Markus Grindel, director of licensing at Condé Nast International.