From Richemont to Kering, some of the biggest names in luxury reported strong growth in their end-of-year results, with the majority citing the Chinese market as a key driver.

LONDON, United Kingdom — China’s appetite for luxury goods is still strong and featured prominently in this month’s results announcements from major luxury players. Kering posted record 2018 profits on the back of a 29 percent increase in sales for the year, with chief executive François-Henri Pinault stating, "In terms of the momentum with Chinese clients, it's very strong."

Hermès’ organic sales growth topped 10 percent in 2018, as the group remained impervious to any slowdown in China. The same sentiment was echoed by Moncler, which confirmed that trading in China was strong through the beginning of 2019, and by Estée Lauder in its quarterly results, which prompted the beauty group to upgrade its forecasts for the full year.

In other news, Italian fashion label Marco De Vincenzo, — whose eponymous founder is also head designer of leather goods at Fendi — sold a 35 percent stake to Marco Panzeri, a private Italian investor with holdings in fashion. Marco De Vincenzo received investment from LVMH in 2014 (the luxury group will retain a 45 percent stake in the business).

The Savigny Luxury Index (SLI) continued its ascent in February, ending the month just over 7 percent up, whilst the Morgan Stanley Capital International index (MSCI) gained 3 percent. Nevertheless, the SLI has not recovered the ground lost since its peak last June: our index is still 8 percent in the red, versus a flat performance for the MSCI over the same period. 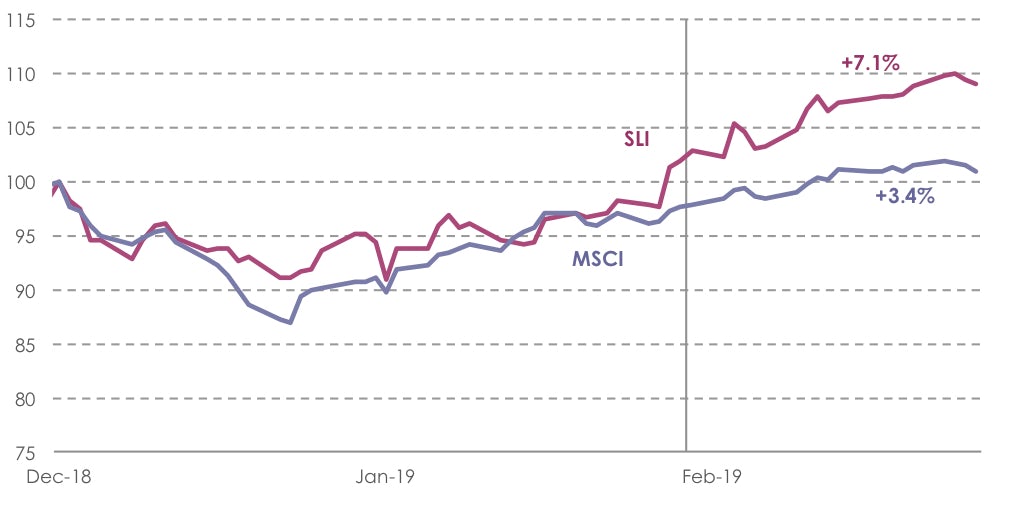 The industry’s ethics are under increasing scrutiny, a shift that is bolstered by the current reality of trial by social media. This season, Coach stopped using fur and Victoria Beckham Ltd banned exotic skins from its collections. LVMH also announced it would boost measures to ensure responsibly sourced crocodile skins, having faced criticism by PETA for its supply practices in the past.

There have nevertheless been a series of blunders in recent months, from Dolce & Gabbana’s insulting “eating with chopsticks” videos to Prada and Gucci’s blackface fiascos and, most recently, Burberry’s “noose” hoodie. In response to backlash, Prada set up a diversity council to “elevate voices of colour within the company and fashion industry at large." 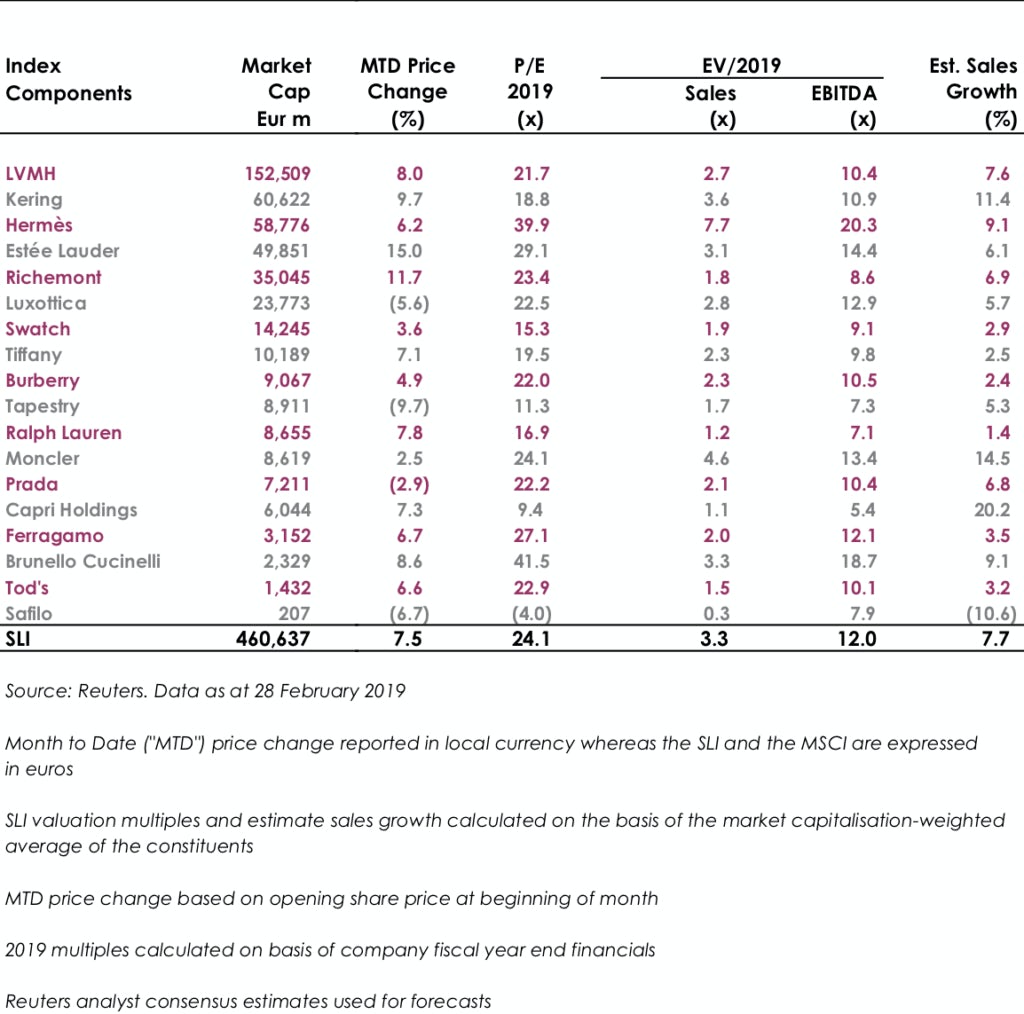