LONDON, United Kingdom — In the war on counterfeiters, retailers have traditionally relied on teams of experts to combat return fraud when scammers buy an expensive handbag or high-ticket coat and return a fake in order to secure a refund.

Selfridges is trying an additional approach. Starting last year, the UK luxury department store mini-chain began taking photos of minute details of certain products, such as a button on a coat or a bag’s embossed leather. When a customer returns an item, a warehouse employee or store assistant can take a similar image, then use software to compare it against the original for tiny discrepancies that might point to a forgery.

The system was designed by Entrupy, a software firm started in 2012, which began testing its approach with Selfridges last year. The idea is that every item has unique physical characteristics, often invisible to the naked eye, that can be used to determine whether it is real or counterfeit.

So far in 2019, out of the 18,000 items Selfridges ran through Entrupy’s software, 30 were flagged as potential fakes. Those items, which included a bag retailing for over $2,100, were then sent for additional testing (some turned out to be genuine).

Entrupy represents just one of many attempts by retailers to minimise the losses that stem from return fraud. Fakes have grown more sophisticated as brands have stepped up their detection efforts, with many counterfeits virtually indistinguishable from the real thing. Last year, Chanel sued luxury resale site The RealReal, claiming only the brand’s own experts could discern a real bag from a fake. 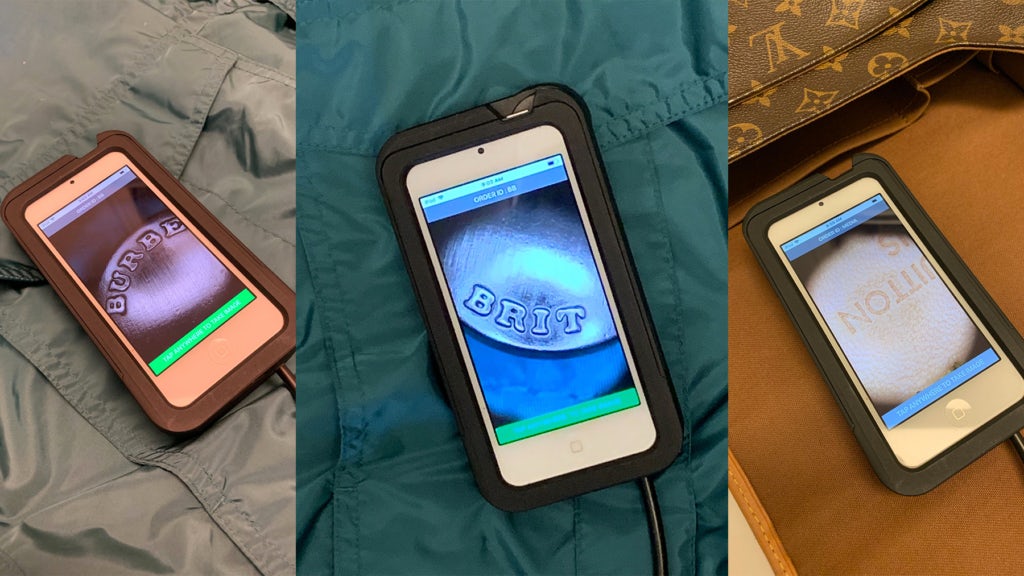 Return fraud is estimated to account for 8.2 percent of all returns, according to 2018 data from the US-based National Retail Federation. The problem has grown along with the rise of e-commerce, creating multiple channels for returns that can be difficult for a retailer to manage. Many brick-and-mortar retailers have also rolled out hassle-free returns to draw customers to stores, creating an enticing target for fraudsters.

Outside the luxury sector, retailers may not need to worry about counterfeit $20 dresses, but they are still susceptible to other forms of fraudulent behaviour. For example, the NRF estimates about one-fifth of returns that lack a receipt are fraudulent. Then there’s a litany of minor frauds perpetrated by customers, from falsely claiming not to have received an item to wearing clothing before returning it.

Retailers face a backlash if they crack down too hard. Asos made international headlines in early April 2019 when it tightened its return policy, with many customers angered after receiving a message that “if we notice an unusual pattern, we might investigate and take action.” And then there’s the problem of what to do with unwanted merchandise, which often can’t be put back on store shelves. One low-end retailer admitted its strategy was to “put our returns in a warehouse and when it gets full we buy another one,” said Vicky Brock, director of data innovation at returns management platform Rebound Returns.

Such logistical horror stories are indicative of an inefficient, margin-narrowing approach to returns that retailers need to address. But there are a number of strategies that can help reduce the cost of returns.

Is the Customer Always Right?

Asos’ mistake was to imply that all of its customers were potential suspects. Many retailers are using data to ascertain which shoppers need closer scrutiny. J.C. Penney, Best Buy and Sephora are among the chains in the US that have enlisted Retail Equation, a service that calculates a “risk score” for individual customers based on their shopping behaviour. Such data allows retailers to flag customers making a suspicious number of returns. Amazon bans customers with an unusually high return rate.

A retailer’s best and worst customers are the main drivers of profit margins, said John Squire, CEO and co-founder of retail analytics firm DynamicAction. The bad apples must be identified and excluded from marketing and VIP perks.

All customers are not created equal.

“All customers are not created equal,” Squire said. “There’s a misconception that there is an average customer, [but]… retail generally makes money on the edges.”

Tobias Buxhoidt, chief executive of parcelLab, a logistics services company, said sorting customers by behaviours and loyalty can pay off in other ways. For instance, when a customer sends back a return, retailers can email offers or suggest complementary purchases based on their shopping history.

Educating customers can dissuade them from committing minor acts of fraud, such as "wardrobing," where they return clothes after wearing them once or twice. In a survey by Rebound Returns, 20 percent of consumers aged 25 to 34 said they had engaged in the practice.

The angle of this messaging should vary depending on your target demographic; a luxury retailer with an older customer base and stronger reliance on brand loyalty can emphasise financial costs, while merchants with a millennial and Gen-Z focus will respond better to arguments about the environmental cost of processing returns.

Often, the delicate task of sorting good returns from bad, or detecting counterfeits, is left to low-paid and poorly trained workers in stores and warehouses. Their pay can depend on quickly processing large numbers of items - hardly ideal for catching a wine-stained cashmere sweater or a fake handbag.

“Policy can’t be enforced without complex training,” Brock said. “It’s about investing time and energy in your lowest-paid people.”

The lack of specialised investment in returns is also seen elsewhere in retail operations. According to a 2018 survey by NRF, retailers spend an average of 10.2 percent of their loss prevention budgets to combat organised retail crime, with only about six in 10 loss prevention employees reporting that top management in the company understood the complexity of the issue.

While loss prevention is an established vein of an industry such as retail, there is little emphasis on the specific challenges returns pose to a business’s operations. It’s a “problem,” said Geg Buzek, founder and president of digital research firm IHL, “that [returns are] a piece of somebody’s job, not the whole job.”

Training logistics and distribution workers to better understand the inventory they handle and implementing a different approach to hourly wages that is not simply contingent on the number of orders or returns processed are starting points. If your retail logistics and distributions fall under a third-party service, invest in an in-house operational lead, who can ensure warehouse operatives' awareness of your returns policy.

The complexity of omnichannel retail models and global franchising can create a blind spot in supply chains that is ripe for exploitation. However, supply chain alone is not entirely to blame for the narrowing margins caused by gratuitous customer returns. As an industry driven by sales as a primary metric of success and growth, retail models do little to account for the inevitably fickle nature of customer spending, not to mention the psychology of impulse purchases.

And even if there isn’t a keep, the cycle ends with a satisfied customer who’s happy to buy again

For Brock, “very high [rates of] online returns are the consequence of a lot of years of optimising the sales project.” Merchants may think they’re being canny with targeted ads aimed at indecisive customers with a full shopping cart and no credit card details entered, but, she argues, they are likely pushing shoppers into a purchase that will ultimately be returned, at no additional cost to the customer.

Put simply, she says, the retail industry needs to look beyond its love of conversion analytics and push “towards an end-to-end optimisation that doesn’t end with the purchase [but] with the keep."

“And even if there isn’t a keep, the cycle ends with a satisfied customer who’s happy to buy again.”

How to Get Your Customers to Pay Full Price