WeChat Gains on Tmall and JD.com in China Luxury Battle

Thanks to WeChat "drops" and mini programs, Tencent is now vying with Tmall's Luxury Pavilion and JD.com's Toplife to become the go-to online destination for Chinese luxury consumers.

NEW YORK, USA — Luxury brands may be just starting to experiment with Instagram commerce in the US and Europe, but they’re already embracing WeChat commerce in China.

A profound shift is underway in the country’s $115 billion luxury market. A growing number of luxury brands are more enthusiastic about WeChat commerce than selling through China’s top B2C e-tailers Tmall and JD.com, despite these platforms’ vigorous efforts to attract top-tier labels. Gains in the number of fashion labels operating flagships on these platforms has been modest, with less than half doing so on Tmall and fewer than one-fourth on JD.com in 2019.

According to the new Luxury China 2019 Digital IQ Index report by Gartner L2, China’s largest mobile messaging app WeChat has reached a luxury shopping tipping point, with 60 percent of fashion brands now offering WeChat stores this year up from just 36 percent in 2018. Most brands now feature some form of commerce option through their official WeChat profiles, and 88 percent link to their mobile site e-commerce from WeChat. 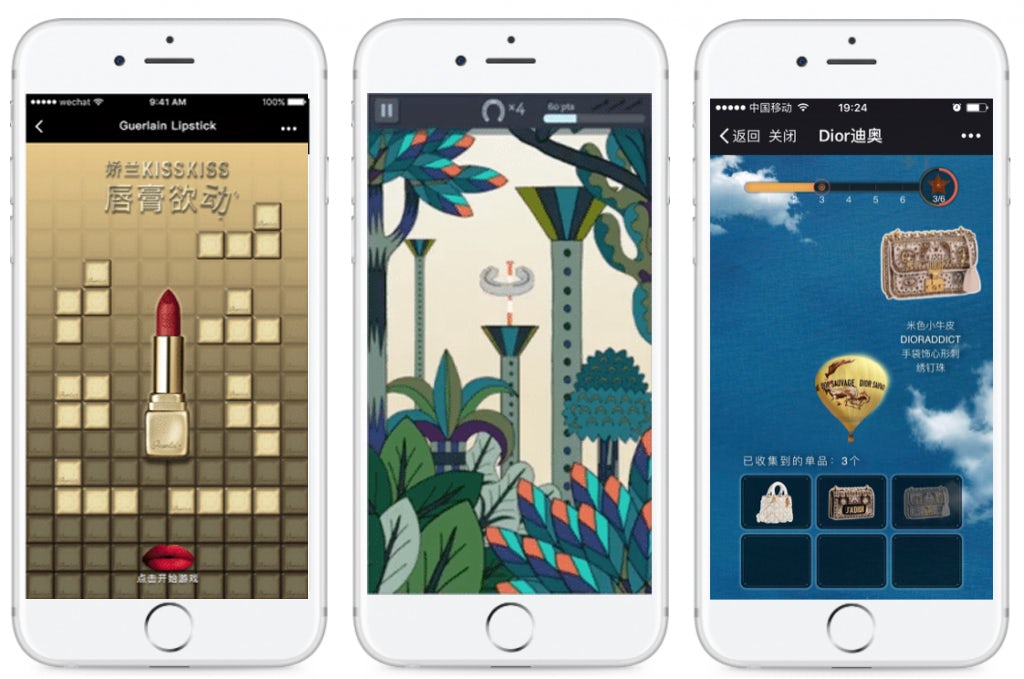 WeChat commerce’s appeal for luxury brands is similar to that of online stores, giving brands control over the customer experience that they perceive to be crucial to brand equity. Kering’s most recent investor publication highlighted the need for “full control of the client experience” both online and offline as one of its major e-commerce goals.

While most brands that featured commerce on their official WeChat profiles in 2018 were simply linking out to their site stores, the growth of WeChat’s mini programs feature has been a main factor in driving them to create built-in WeChat stores.

Launched in January 2017, mini programs, or apps that are accessed and function completely within WeChat, are part of WeChat parent company Tencent’s bid to compete directly with mobile app stores. It appears to be working: the total number of mini programs hit the 1 million mark 8 months ago, while Gartner L2’s data shows that 70 percent of fashion brands now have at least one mini program, up from 40 percent last year.

Luxury brands have used mini programs to launch fully-fledged WeChat stores as well as experiment with innovative sales models like pop-ups and online versions of streetwear-inspired drops. Burberry, for example, uses a mini program for its monthly B Series drop that’s available on Instagram in the United States. Inspired by Supreme’s weekly model, Burberry releases a new item on the 17th of every month.

The brand’s WeChat followers in China receive a push message on their phones when the item is up for sale, linking them to the photo- and media-rich B Series mini program to make their purchase before it completely sells out, often within 24 hours. Louis Vuitton did something similar on February 17th with a WeChat pop-up shop mini program for its Virgil Abloh-designed sneakers. 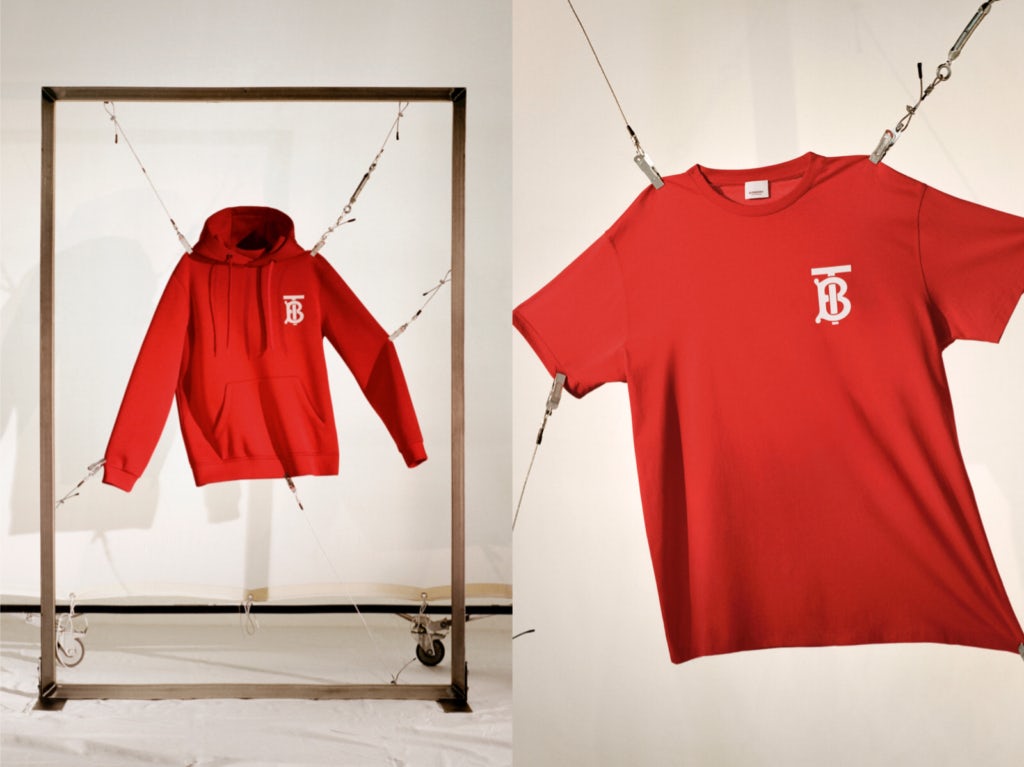 China’s largest e-commerce company Alibaba, however, has made slower gains in attracting high-end fashion brands to Tmall, with the number of fashion brands operating Tmall flagships rising from 27 percent in 2018 to 44 percent in 2019. The growth is the result of Tmall’s efforts over the years to court fashion labels, including the development of mechanisms for brands to report and take down counterfeits, the launch of its exclusive Luxury Pavilion platform within the Tmall app in 2017 and sponsoring New York Fashion Week runway shows.

But despite the dedicated sub-platform, luxury brands still perceive downsides, including the platform’s mass-market nature that means many shoppers on the platform are there to price-compare everyday staples like shampoo or diapers. Luxury brands also know they will be shopped against third-party luxury sellers and competitors, and depend on Tmall for data.

E-tailers appeal more to accessible luxury and smaller labels without the resources of a major luxury house.

JD.com, meanwhile, has doubled down on its partnership with luxury pure player Farfetch, which acquired the e-tailer’s own luxury platform Toplife in February 2019. This has proven fruitful, as Gartner L2 data shows that 49 percent of fashion brands are available through Farfetch’s new JD.com flagship launched this month, while only 20 percent operate their own JD.com flagship. Brands sold through the Farfetch flagship include Fendi, Givenchy, and Prada, which also just announced the launch of its own JD.com flagship.

The next luxury frontier for Tmall has become pure-play as well: in October, Alibaba established a joint venture to launch mobile apps and Luxury Pavilion stores for Net-A-Porter and Mr Porter. Tmall made a June 2019 Luxury Pavilion that appears to be inspired by Net-A-Porter’s media-rich shopping experience, with personalised product recommendations, product navigation by local trends, and highlights of brand stories.

Tmall and JD.com find it harder to attract brands

Despite luxury brands’ concerns about brand equity on Tmall and JD.com, the audience size that these platforms can reach remains a draw for luxury labels. This is especially true in China, where it is challenging and expensive to gain traffic for direct-to-consumer channels like brand sites and WeChat stores. 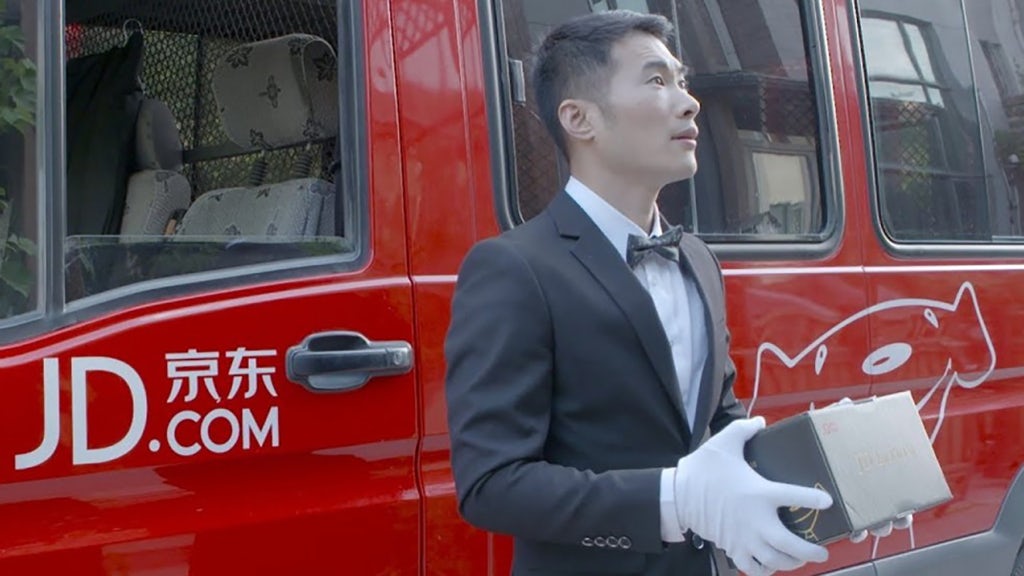 Although WeChat is now a content platform and search engine as much as it is a messaging app, brands’ profile content engagement remains stagnant. China’s main search engine Baidu, meanwhile, is seeing a decline in traffic and internet users are increasingly heading straight to e-tailers to search for products.

This has meant that e-tailers increasingly find themselves in a position where they appeal more to accessible luxury and smaller labels without the resources of a major luxury house. The only Index fashion labels owned by a major luxury house on Tmall are Kering’s Alexander McQueen and Bottega Veneta, and it is unclear if Net-A-Porter can help close this gap.

Kering’s Gucci, meanwhile, is not available on Tmall or JD.com. This includes the new Farfetch flagship, even though the brand partners with Farfetch for 90-minute delivery in cities across the globe. Concerns about brand equity remain, as Chief Executive Marco Bizzari stated at the BoF China Summit last October to explain why he’s avoiding online platforms in China, “frankly speaking, on most of the platforms there’s a lot of counterfeiting, and I don’t want to certify counterfeiting because I belong to these platforms.”

Formerly sold through JD.com’s Toplife, which functions as a standalone app, Kering brands Balenciaga and Saint Laurent are also absent from the JD.com Farfetch store.

But the need to tap into the mass exposure and traffic generated by such e-tailers is indisputable: Chanel, for example, does not sell on Tmall, but recently advertised its Shanghai Mademoiselle Privé Exhibition on Tmall and held a viewing session for members of the Tmall Club loyalty program.

Whatever platforms they choose, having a dedicated China online shop is now the rule rather than the exception for luxury fashion brands. The percentage with direct-to-consumer site e-commerce available in China has risen to 76 percent in 2019, up from only 40 percent in 2017.

Louis Vuitton, Gucci, Hermès, and Prada have all launched China online stores within the past two years, and even notorious digital recluse Celine has seen the light with the May 2019 launch of its new Asia e-commerce operation.

It is easy to forget that the battle for China’s online luxury consumer is still in its early stages. Only an estimated 10 percent of luxury goods sold in China are purchased online, but as that number increases, e-commerce platforms need to attract both brands and shoppers in order to remain viable fashion players. Ultimately, it will be China’s consumers who shape the country’s online luxury market—and wherever they shop, brands will follow.