Farfetch’s public listing had a wildly enthusiastic reception on Wall Street, with shares pricing at $20 — above the expected range — raising $885 million for the company at a $6.2 billion valuation, before soaring once they began trading on the New York Stock Exchange Friday, ending at $28.45. The marketplace — which connects consumers with a curated network of fashion boutiques and brands — has officially emerged from a crowded field to challenge Yoox Net-a-Porter as the leading online purveyor of luxury apparel and accessories. At its closing share price Friday, indicating a valuation north of $8 billion, it's certainly left YNAP in the dust.

Investors buying into the IPO are betting that Farfetch founder and chief executive José Neves and his team can replicate the last few years of blistering growth and eventually find a path to profitability.

In an interview on Friday, Neves said the online luxury market would grow by $100 billion over the next seven years and that his company plans to take a significant slice of those sales.

“Growth is going to be explosive... and we are helping brands and retailers in this industry really seize that opportunity,” he said. Neves added that emerging markets would be key to replicating the 55 percent growth in gross merchandise value the company saw last year.

Technology is the other pillar of the company’s strategy, including a robust mobile app (over half of Farfetch’s sales are already made through mobile phones), and software designed to improve both the online and in-store shopping experiences. All that requires a lot of investment, which is why Neves can’t say when the company will be profitable. Losses widened in the first half of 2018 to $68 million, more than double the same period last year.

“The focus should be on those investments and not in short-term profitability,” he said.

Investors seem unconcerned, perhaps considering precedents like Amazon.com, which ran losses for years before a combination of scale and smart decisions to invest in emerging markets like cloud computing swung the company into the black. Farfetch is trying to walk the same path; it’s achieving Amazon-like ubiquity in some markets, particularly outside the world’s primary fashion capitals, where local luxury retail options are few and far between.

What does Farfetch need to do to make good on its promise to investors?

Farfetch strikes a bargain with each of the retailers and brands that sell through its marketplace: hand over roughly 30 percent of each sale in exchange for access to millions of potential customers around the world. It’s a deal plenty of sellers are happy to strike, particularly local boutiques and emerging designers who might otherwise struggle to put their wares in front of customers in Angola or Bahrain, to name two of the 190 countries where Farfetch ships.

This “asset light” model is one reason Farfetch was able to secure such a high valuation; its sellers take on the expense and risk of maintaining stores and warehouses full of luxury goods. But it’s also a vulnerability. Retailers work with multiple platform players, from ShopStyle to LVMH-backed Lyst. For Farfetch to justify its relatively-high take rate, it must offer something its rivals can’t. That challenge is likely one reason Farfetch is hyper-focused on underserved emerging markets for growth. By partnering with regional powerhouses like Chalhoub Group in the Middle East and JD.com in China, Farfetch can deliver on its promise to bring sellers the world.

“We have been investing ahead of the curve in our international presence,” as well as new categories like jewellery and childrenswear,” Neves said. “We’re only scratching the surface in these markets and in these categories.”

Farfetch’s vast and growing product selection is among its chief selling points. It also runs counter to one of the biggest trends in retail: the curated shopping experience. But curation is trickier to pull off with a marketplace, where sellers control what’s for sale and have every incentive to offer the broadest selection possible to attract customers. This can turn off consumers, particularly younger ones, who grow frustrated at having to sift through thousands of options to find the perfect item.

Farfetch tries to address this by turning its enormous selection to its advantage. Offering hard-to-find or unique items can appeal to young consumers, who “place more emphasis on buying fashion that reflects their own personality, embracing individuality and self-expression,” the company said in a regulatory filing before the IPO.

Much of Farfetch’s technology investment is centered on taming its own marketplace. Personal shoppers, shopping via text and targeted marketing are among the methods used to create what the company hopes will be an appealing shopping experience. In an interview, Farfetch co-chairman (and Net-a-Porter founder) Natalie Massenet said that, in the future, the website and apps will be even more tailored to individuals, offering products curated by influencers, trends and geographies.

That doesn’t mean Farfetch will start telling customers — or its sellers — exactly what to buy.

“This is the fashion industry — being too predictive removes half of the fun of discovering something you didn’t know you wanted in the first place,” she said.

Farfetch’s early innovations — global shipping, offering a clean, standardized shopping experience — were revelations to small sellers and even some large luxury brands. Today, when even small stores can build robust online presence out of the box with services like Shopify, Farfetch’s core offerings are just table stakes.

The company tripled its investment in technology this year, hiring hundreds of engineers to develop new products and services. Neves said, among other projects, these teams are focusing on mobile as well as the “Store of the Future” project to “transform physical retail” (starting with a Chanel partnership). In July, Farfetch acquired a startup, CuriosityChina, which helps brands find customers and make sales on mobile. Over half of global sales are already made through Farfetch’s app or mobile site, and 70 percent of sales in China are through the app alone.

“We’re only seeing the beginning of what the potential of mobile can bring to the fashion industry,” Massenet said.

These offerings must go beyond today’s gold standard and make a compelling case to sellers that they’ll gain an edge over competitors by signing on with Farfetch.

4. Watch out for Amazon

Farfetch’s valuation in part reflects a perception that the company is Amazon-proof. Luxury is one of the few corners of retail where the e-commerce giant hasn’t made inroads.

Grocers no doubt told themselves the same thing as they watched Amazon’s flailing attempts to enter their market - until the company bought Whole Foods in 2017. Amazon has a long history of entering surprising categories, and no one should consider themselves off limits. Alibaba, with its fast-growing Luxury Pavilion on Tmall, has shown it’s not so outlandish for the same company to sell both plumbing supplies and designer handbags. 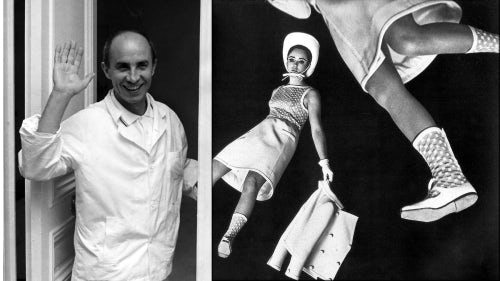 Artémis acquires Courrèges. The family holding company of French billionaire businessman François Pinault has acquired full ownership of Courrèges for an undisclosed sum. Artémis, which already held 40 percent of the house, has bought out advertising executives Jacques Bungert and Frédéric Tortoling, who acquired the Paris-based womenswear brand from its namesake founder André Courrèges in 2011. The investment follows the appointment of Yolanda Zobel as artistic director.

Orla Kiely announces its closure. The Irish designer, who built a fashion label around colourful 1970s-style geometric prints, has closed her business after parent company Kiely Rowan went into administration. The company is the latest retailer on the British high street to go out of business or close shops as they struggle with subdued consumer spending, rising labour costs and higher business property taxes as well as growing online competition.

Under Armour cuts 400 more jobs in turnaround push. The sportswear maker, which has been running a cost-cutting program since the start of the year, will cut 3 percent of its global workforce. The company said it expects between $200 million and $220 million in expenses related to the restructuring, slightly higher than an earlier estimate. Under Armour had about 15,800 employees at the end of last year and the workforce cuts are expected to be completed by March 2019.

H&M beats forecasts with third-quarter sales rebound. Local-currency sales including value added tax (VAT) in the June to August period rose 4 percent from a year earlier. Reported sales excluding VAT were up 9 percent to 55.8 billion Swedish crowns, beating a forecast 5.5 percent rise to 54.0 billion crowns. The retailer is due to publish its full fiscal third-quarter report on September 27.

Nike's Colin Kaepernick ad leads to spike in sold-out items. The company sold out 61 percent more merchandise since the controversial ad campaign featuring the former NFL player appeared earlier this month, according to data from Thomson Reuters. Social media sentiment around the company, which dived in the immediate aftermath of the ad, also turned positive earlier this week, the research showed. 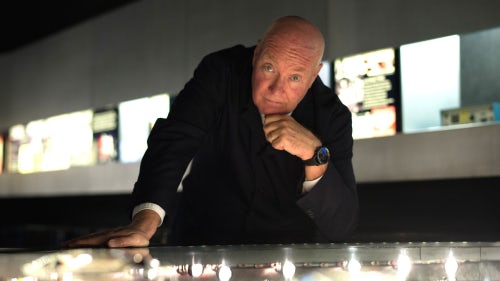 Jean-Claude Biver steps down as president of LVMH watch division. The executive will continue to serve as a non-executive chairman. He joined LVMH in 2008 after the luxury conglomerate acquired Hublot, and was appointed head of LVMH watch division in 2014. Stéphane Bianchi, who was previously on the board of Maus Group, will succeed him as chief executive officer.

Boohoo names new CEO from Primark. John Lyttle, currently chief operating officer of Primark, will join Boohoo in March, having been offered a payout of as much as £50 million ($65 million) to spur growth. Lyttle’s pay will be closely linked to gains in the company’s market value. He’ll receive a base salary of £615,000, with a bonus of up to 150 percent of annual pay. Boohoo’s sales have risen 24-fold since 2011, to about £580 million for the year ended in February.

Farfetch pushes into modest dressing. The London-based marketplace is entering a global partnership with The Modist. As part of the deal, the online retailer will offer a curation of modest fashion on Farfetch as well as exclusive styles for the platform. The Modist’s clothes, with their special appeal to Muslim women, fit neatly with Farfetch’s aggressive expansion plans in the Middle East. In January, Farfetch signed a partnership with Chalhoub Group, one of the biggest distributors of fashion and luxury goods in the region.

Instagram adds a shopping tab. The social media platform has been testing the shopping tool in Stories since June, but it'll roll out globally starting Monday. Brands can add one product tag sticker per Story, and users can tap it to see more information, such as price. On the Explore page — a hub for content individually recommended for users — a new shopping channel will display tagged shopping posts from brands they follow or may be interested in.

Zalando slashes guidance again. Europe's biggest pure online fashion retailer said the unusually hot summer weighed on revenue growth and earnings. It now sees adjusted earnings before interest and tax (EBIT) between €150 million and €190 million ($175 million to $222 million), compared with the previous guidance at the low end of a €220 million to €270 million range.

Adidas launches collaboration with cult sneaker store Footpatrol. The German sportswear brand has unveiled its latest Consortium collaboration as part of the London Design Festival. The special edition footwear, which will be brought to life via an installation by visual artist Ben Cullen Williams, features Adidas' 'digital light synthesis' technology midsole, constructed of over 20,000 struts. The release is limited to 150 pairs retailing at £400 (about $526).