For many of the industry's independent creatives, the coronavirus has put everything on hold.

For many of the industry's independent creatives, the coronavirus has put everything on hold.

NEW YORK, United States — New York-based photographer Lia Clay Miller’s last photoshoot — for New York magazine’s The Cut — took place during the final week of February. Miller, who works three other jobs in the service industry, has had five photography assignments cancelled so far this month, with more in jeopardy as the coronavirus pandemic spreads around the world.

“There’s no safety net right now for anyone,” she said.

Coronavirus has ravaged the fashion industry: the curbing of travel and the arrival of “social distancing” has forced stores and factories to close, and events to be postponed or cancelled. Photoshoots, the main source of income for large numbers of freelance photographers, stylists, makeup artists and other creatives, are off the table for now.

According to a poll conducted by the Creative Industries Federation, a UK-based advocacy group, 47 percent of over 1,000 freelancers surveyed have had all of their work cancelled since the global outbreak of Covid-19.

“It has been pretty tough,” said Thomas Lohr, a Paris-based photographer who has worked for Moncler, Jil Sander and Tiffany. “I lost a lot of jobs this month, a lot of commercial jobs. Some have moved to next month, but I'm 100 percent sure they're going to be cancelled as well.”

Many creatives contacted by BoF said they weren’t optimistic the situation would improve anytime soon.

I lost a lot of jobs this month, a lot of commercial jobs.

“There are no shoots happening and nothing coming into the diary for now,” said hairstylist Sam McKnight, who is a regular contributor to Vogue and works with megabrands like Chanel.

Freelance work within the fashion industry can be somewhat precarious even in the best of times. Many creatives have difficulty finding consistent employment, and income is unpredictable. The most successful creatives have financial cushions to fall back on. Most don’t. 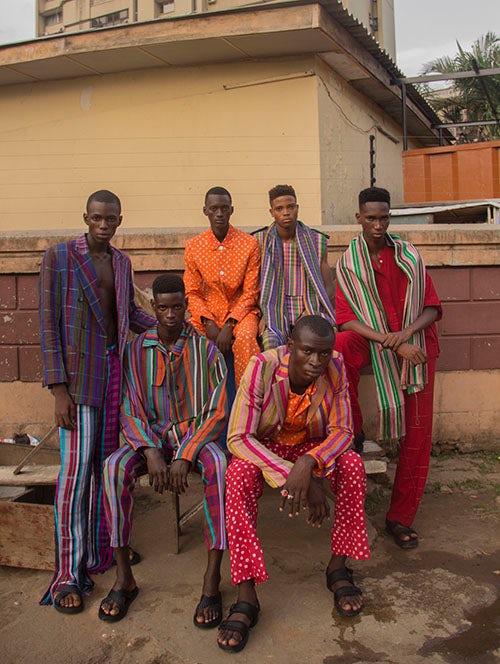 Tayo said he has had jobs for the next month either cancelled or postponed, including a lucrative commercial shoot in Los Angeles that was stopped due to travel restrictions.

Influencers are in the same boat. Though social media engagement has risen as many users are confined to their homes with little else to do, the photoshoots and paid travel many influencers use to create content has dried up.

Sweden-based fashion influencer Bryan Bryan Yambao, known as Bryanboy, has over 500,000 Instagram followers and is experimenting with vlogging.

"I wanted to do something 'long-form' where I can express something more than just like taking a photo,” he said.

Even personal projects are not immune to the upheaval.

“This one exhibition I’d been working on was focused on body fluids, so the whole project I did is actually quite repulsive right now,” said photographer Harley Weir, whose clients include American Vogue, Love magazine and i-D magazine. “I’m trying to morph these into something else now... The times are changing so quickly — you can’t drift with something you did three months ago.”

Several support programmes have sprung up over the past few weeks: sites like Artist Relief Tree, Lost My Gig, Howl Round and Joust are offering out-of-work freelancers emergency income, while crowdsourcing efforts are helping to support those who don’t have the financial means to simply ride this out.

Many freelancers have to start looking to other forms of income or government assistance until the pandemic is under control. Miller was looking into filing for unemployment online, but employment benefit websites across the US, including those in New York, are crashing due to an influx of recently laid-off workers.

Some governments are moving to provide freelancers — who unlike employees cannot claim sick or redundancy pay — guidance and, in some cases, financial support. US lawmakers are working on a stimulus package that would provide cash payments to all citizens in an effort to make up for lost wages. In France, many freelancers could be entitled up to €1,500 ($1,570), while Italy’s government is offering self-employed workers a €600 payment for the month of March.

But, the UK government’s promise of £339 billion ($385 billion) in loans to businesses has been widely criticised as it makes no clear mention of freelancers.

There’s no safety net right now for anyone.

Some creatives have found ways to make the most of the situation. Many are planning for the future, including reaching out to possible collaborators and discussing ideas they can present to clients once lockdowns and travel restrictions are lifted.

“I’ve spoken with more people in the past two days than I’ve spoken to in the last month,” said stylist Anya Ziourova.

Stylist and model Eric Ellison has already started receiving requests and doing outreach for potential collaborations and projects during this period.

“Now’s the opportunity to kind of see what we can create in the midst of all this downtime,” said Ellison.

Some are taking the time to channel their creativity towards new outlets, while others are simply spending time feeding their social media feeds by recycling and repurposing old portfolio work to leverage the uptick in Instagram activity, maintain their profiles and better position them for work when things, eventually, return to normal.

The freelance market may look different even when things return to normal.

Brands will likely need to cut back on their creative budgets after sales numbers have dropped, stocks have plummeted and the world heads into a global recession. Some might experiment with sourcing new local talent or digitising productions, rather than flying big names across the world for big-budget shoots.

“In local markets, there might eventually be more possibilities for young creatives to come up,” said Lohr.

Creativity often comes out of the most challenging of scenarios.

This rapidly changing creative landscape may eventually lend freelancers new opportunities of working together and collaborating with clients, as brands will look for alternative ways of delivering the content consumers expect. “We will have to be the partners to brands when they decide to resume working so that things can be done in a lighter way, in a different way, in a more original way,” said Ezra Petronio, editor and creative director at Self Service magazine and co-founder of creative agency Petronio Associates, which counts the likes of Chloe, Zara, Saint Laurent and Lanvin as clients.

But in the immediate future, many creative freelancers face financial and professional uncertainty. “The minute you have big companies start delaying payments that are due, that's going to put a lot of people in a very drastically difficult position,” added Petronio. The reliance on commission-based work means many don’t have a financial buffer to fall back on.

“Brands have a responsibility not to cancel freelance contracts but to protect that community in the best way possible,” said Daniel Marks, chief creative officer of The Communications Store, who is working with freelancers on creative solutions to help brands meet targets like increasing their exposure across social media channels.

“Creativity often comes out of the most challenging of scenarios,” said Marks. “There will soon be significant demand for those people who can create extraordinary content digitally and find imaginative ways to tell new brand stories.”

Founder or Freelancer: How to Succeed in Business as a Solo Act