MILAN, Italy — In a world where consumers crave newness at the speed of Instagram, Moncler is set to unveil the fruits of a new strategy designed to keep the billion-dollar Italian luxury brand, best known for its ski jackets, ever-present in hearts, minds and social media feeds.

The first instalments of the strategy will be revealed to the industry at the start of Milan Fashion Week on February 20, with a brand extravaganza to be staged at the Moncler Genius Building made up of what the company calls “different cells, each one devoted to a singular mind, all of them adding facets of the Moncler identity.” The collections will include jackets, knitwear and accessories and will arrive one at a time in Moncler stores, online and at select wholesale partners each month starting in June. Then, in October, the brand will open Moncler Genius Building pop-ups at select retailers and cities such as New York and Tokyo. Throughout, editorial-style content will appear in print and digital.

The strategy reflects a shifting world. “You cannot talk to your customer every six months, you need to talk every day,” explained Remo Ruffini, president and chief executive of Moncler. “Before, the world was quite static and it was enough to make one show in February, one show in September.” 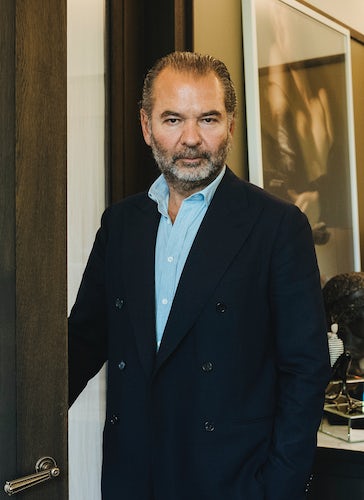 The initiative is designed to appeal to Millennials and members of Generation Z. “I hope the Genius strategy will get young kids, a young generation talking about Moncler around the world,” added Ruffini.

But newness is critical to attracting older, established luxury consumers as well. With no major cohort of “virgin” consumers on the horizon, established luxury shoppers are driving greater demand for personal luxury products and increasingly “expect novelty and innovation if they are to part with their money,” as Luca Solca, Exane BNP Paribas head of luxury goods, explained in a 2017 column. capsule collections developed in collaboration with guest designers are a sensible way to deliver a stream of innovation without taking on the risk of completely revolutionising a brand’s aesthetic, he continued: “The capsule approach… harnesses the wild innovation of a make-or-break change but confines it to carefully targeted parts of a collection, while the rest of the offering evolves along an incremental path.”

Moncler is one of several brands, including Adidas, to deliver a steady stream of newness with a more curatorial, “open source” approach to collaboration. But operationalising the strategy isn’t easy. Moncler has prepared for the launch of Genius for nearly two years. “Speed and smarts and flexibility is the key to the success of this project,” said Ruffini. “We cannot divide media, sales and the customer… It’s one package. Every month we have to deliver this one package. Every month we have to make everything new.”

Moncler Genius comes as the company continues to post positive results, sustaining double-digit growth and outperforming the wider luxury sector despite its dependence on its signature ski jackets and the growth of rivals like Canada Goose. In the first nine months of 2017, sales reached €736.8 million ($904 million), up 16 percent from €639.3 million during the same period in 2016. Sales at its own stores were up 19 percent.

“Moncler may be losing share to new entrants in the broader down jacket market, but this market is continuing to grow,” said Solca. “Besides, Moncler is doing an excellent job with product innovation, merchandising and in-store display — one of the best in the industry."

The rollout of the new strategy will be closely watched by analysts and other industry observers. “Moncler’s fashion shows were very effective in anchoring the brand at the top of the pricing pyramid,” said Solca.

But Ruffini is clear-eyed: “We were never based on fashion, we were always based on uniqueness and energy — the future starts the 20 of February.”