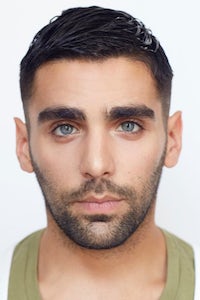 NEW YORK, United States — Condé Nast is promoting one of its young star editors: Phillip Picardi. Starting March 13, Picardi will join Allure as digital editorial director while retaining the same role at Teen Vogue, where he has led the digital team since April 2015. Condé Nast confirmed the appointment.

A representative for Allure would not address the reporting structure, although it is understood that Picardi will be working closely with Allure editor-in-chief Michelle Lee, as he does with Teen Vogue editor Elaine Welteroth in a flat management structure.

While sources maintain that this promotion is not about consolidation, sharing resources has been a major goal for the publishing company over the past year. And Picardi, 25, isn't the only dual editor between the two magazines: Teen Vogue creative director Marie Suter has also held the same title at Allure since the creative departments of the company were reorganised under corporate creative director Raúl Martinez's leadership in October. Teen Vogue announced a transition to a quarterly print format in November.

Picardi's dual role is supported by deputies at both sites. Sam Escobar, senior commerce editor at Bustle, will join Allure.com in that role on March 13.

Inside the New Teen Vogue