From Scrubs to Chef’s Whites, The Business of Uniforms Is Suddenly Fashionable

Brands like Figs and Tilit are taking on the workwear industry, adapting a direct-to-consumer approach and social media buzz to sell scrubs, chefwear and flame-resistant clothing.

From Scrubs to Chef’s Whites, The Business of Uniforms Is Suddenly Fashionable

Brands like Figs and Tilit are taking on the workwear industry, adapting a direct-to-consumer approach and social media buzz to sell scrubs, chefwear and flame-resistant clothing.

NEW YORK, United States — In a video campaign for a new workwear collection, attractive men and women dressed in coral green and mauve jog through parks, catch the train and exercise at a boxing gym, all set to upbeat percussive music. To the casual viewer, the ads look no different than those put out by countless trendy brands.

There’s just one difference: those joggers and boxers are wearing scrubs, and they’re starring in a campaign for Figs, which sells apparel for medical professionals.

Workwear is having a moment. Redwings, Carhartt and other brands are as likely to be seen on creative directors and college students as construction workers or roughnecks these days. Louis Vuitton sells embellished harnesses, and Dickies collaborated with Opening Ceremony.

Now, professional apparel makers are attempting to capitalise on the blurring of the workwear/fashion divide for people who need sturdy shoes and functional, stain-resistant clothing for actual work. They see a largely untapped market for nurses who want options other than shapeless scrubs and ill-fitting lab coats. These brands are deploying every trick in the direct-to-consumer playbook to find and convert those customers, from influencer campaigns to limited drops.

One brand, called Figs, markets its scrubs as a hybrid of streetwear and performance gear. The Los Angeles-based start-up recently released a lab coat “capsule collection” and athleisure-inspired clothes for medical professionals, including “moto jogger” bottoms and “performance” tops meant to be worn under scrubs. The formula appears to be working: the brand recorded over $100 million in sales last year and has raised over $75 million in funding.

In addition to Figs, there’s Jaanuu, which sells a “Hudson” line of upscale scrubs aimed at the nurse who shops at Theory or Vince, and Fabled, a boutique scrubs brand that makes tailored, minimalist scrub sets. Tilit sells fitted chef uniforms meant to be worn both inside and outside the kitchen. Hautework, which makes fashionable — and flame-resistant — gear for women in hazardous professions, was acquired by protective gear giant National Safety Apparel. And in a sure sign the trend has caught on, digital fast-fashion brand Fashion Nova offers scrubs in colour waves named the “miracle worker,” “vital signs” and “no more pain.”

These brands are chasing a huge market. There are about 3 million nurses in the US alone, and 2.4 million cooks, according to the Labor Department. The global workwear market was valued at $28.3 billion in 2018, according to Grand View Research, and companies like Figs and Tilit are trying to capitalise on the hype.

“We take a lot of nods from streetwear,” said Alex McCrery, co-founder of Tilit. “We do have some garments that are more street-forward than they are kitchen-forward.” 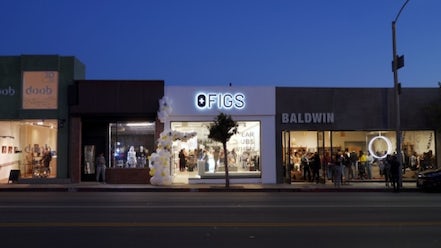 The new crop of workwear brands try to balance the practical with the fashionable.

Traditionally scrubs were an afterthought in the medical profession, typically loose to the point of being ill-fitting, made with cheap materials and sold in specialty stores or from hospital vending machines.

Scrubs still need lots of pockets to carry supplies and must hold up to repeat washing. But they can also be fashionable and even fun.

Much like Outdoor Voices or Lululemon, Figs’ marketing portrays the brand’s clothes as part of a lifestyle. And like athleisure brands, the company sells a full range of accessories to complement the main look, from compression socks to water bottles and branded tote bags. Figs and Jaanuu both have official hashtags (#WearFiGS and #JaanuuScrubs), and thousands of people have tagged themselves in their scrubs at the hospital, but also at home and even on the beach.

“It’s like having an iPhone or wearing Allbirds,” said Vinny Patel, a fourth-year medical student at Nova Southeastern University, of Figs.

He said he and his fellow students tag themselves in the hopes of being featured on the brand’s official Instagram page. Patel said he’s been featured once but is angling for another shot. Figs also has an official ambassadorship program, with a retreat coming up for 50 healthcare professionals and Figs ambassadors in Ojai, Calif. to network and relax.

Jaanuu co-founder Shaan Sethi calls the brand a “vehicle for the scrub selfie.” The company, started in 2013, has raised $25 million and has hired employees from other digitally native brands like MeUndies, Parachute and Carbon38. The brand sells collections aimed at different customer segments; Jolie targets the Michael Kors shopper with gold embellished tops, Arya and Ponte go after the athleisure crowd.

“I think when I started this business, there was no such thing as the selfie in the uniform,” Sethi said. 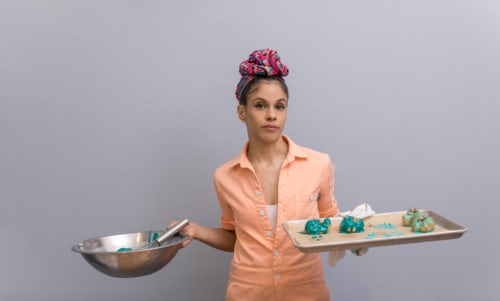 McCrery and Jenny Goodman founded Tilit in 2013, seeing a market for alternatives to baggy chef uniforms. Their target customer was a woman who needed to move between the kitchen and markets or meetings with vendors outside the restaurant (the brand sells to both men and women today).

Tilit has even attracted attention outside the restaurant industry.

“Specifically our jumpsuit, a lot of artists and photographers have been adopting it,” said Goodman.

Hautework launched last year, billing itself the first brand of flame-resistant gear for women in the oil and gas business. Founder Jaime Glas said she saw plenty of workwear for men that could be worn off the job, but little that was suitable for women.

“There weren’t a lot of options you’d be comfortable wearing in the office and out of the office,” she said. The brand has also found a following among electrical engineers.

Glas said she started as a direct-to-consumer brand but quickly switched to wholesale as large orders started coming in. In August, the brand was acquired by National Safety Apparel, which specialises in protective workwear and manages brands like Union Line, Carbon Armour and ArcGuard.

Glas said other brands are starting to produce fashion-friendly gear for women, but she’s not worried about competition.

“Right now, the market is so open that everyone can find a niche within it,” she said.

Women Need Work Clothes. These Brands Want to Give Them More Options.