NEW YORK, United States — Don’t call it a department store. If there’s one thing Barneys New York chief executive Mark Lee wants to emphasise, it’s that he is not running a department store. It’s easy to see why — especially in the United States, where changing channel preferences, overdistribution, a downturn in tourist spend and plain-old irrelevance have hit many department stores hard. Indeed, Lee and his team, led by chief operating officer Daniella Vitale, have done everything in their power to ensure Barneys doesn’t suffer the same fate.

“We define ourselves as a modern luxury specialty store,” says Lee in his midtown office, less than a week before the 93-year-old retailer is set to open the doors of a new store at its original location in New York's Chelsea neighbourhood. Designed by Steven Harris Architects and anchored by a grand spiral staircase, the five-floor, 58,000-square-foot space, which opens to shoppers on 15 February, will house a Fred’s restaurant and a Blind Barber shop, as well as capsule collections exclusive to the location from designers like Proenza Schouler and Alexander Wang.

The new Chelsea location — which will go up against luxury department stores including Neiman Marcus and Nordstrom, both set to launch in Manhattan, the most lucrative luxury retail market in the US — is a key part of the $200 million investment Barneys has made to overhaul its physical store network. (The company is also boosting its digital presence, which makes up more than 20 percent of overall revenue, second only to its Madison Avenue flagship.) At present, only 15 percent of customers at Barneys’ Madison Avenue store hail from below 34th Street, indicating an untapped opportunity, says Lee. The new Chelsea store is also near the New York offices of technology companies like Google and Twitter, which employ a legion of young professionals with high disposable incomes. “Yes, it’s nostalgic that we’re returning to that old neighbourhood, but that old neighbourhood doesn't exist,” said Vitale. “It’s completely new, and we want people to walk in the store and really sense that.” 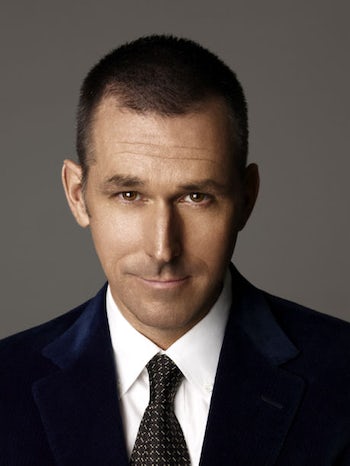 It’s also a reflection of how far Barneys New York has come in the past six years. When Lee arrived at the company in 2010, Barneys had been without a chief executive for two years and had debts of nearly $600 million. Today, the business is profitable, much in thanks to Perry Capital, the private equity firm that bought the retailer in 2012 from Istithmar World PJSC in a debt-for-equity swap. (Perry Capital essentially took equity in Barneys to pay its bills.) The retailer has since avoided taking on any long-term debt. Barneys declined to disclose sales figures but, according to market sources, the retailer will generate close to $900 million in revenue in its soon-to-close 2015 fiscal year.

This year, comparable store sales are up in low single digits year-over-year. Before 2015, comps were up an average of 6 percent for four consecutive years, with EBITDA, a measure of operating profit, more than doubling since 2010. “Every year, we’ve hit a new record in terms of revenue,” says Lee. “Obviously, we would have loved for more growth than low single digits, but we had record gross margins. That speaks to the fact that we’re really trying to stay out of discount and promotion. The focus, for us, is luxury and surprise.”

In many ways, the Barneys strategy does look different. While many of its competitors are betting on off-price initiatives to boost sales, Lee has eliminated Barneys' famed biannual sample sale in New York. Today, just 9 percent of total revenue comes from the off-price channel — including Barneyswarehouse.com, which was introduced in 2013 — down from 15 percent a decade ago. Lee has also closed 23 underperforming stores since 2010. “Barneys doesn’t belong everywhere. It belongs in urban, sophisticated markets,” Lee says. “Now that we’re in a healthy situation, we’re left with what matters in terms of the key markets — and a thriving Barneys.com can cover the rest.” The average sales density across Barneys' physical store network is $800 per square foot.

In 2013, the company also rebranded its contemporary-driven "Co-op" stores, bringing them under the main umbrella of Barneys New York. “It didn’t really work,” Lee says of the Co-op concept. “We didn’t have the structure to support a second brand.” What’s more, the culture of rampant discounting in the contemporary space was cutting into margins. “It wasn’t a profitable place for us to be. Obviously, we still have contemporary merchandise and denim, but the merchants focus on things that are more rare, more exclusive, more special. We just can’t be in that mass arena where everything is on sale.” 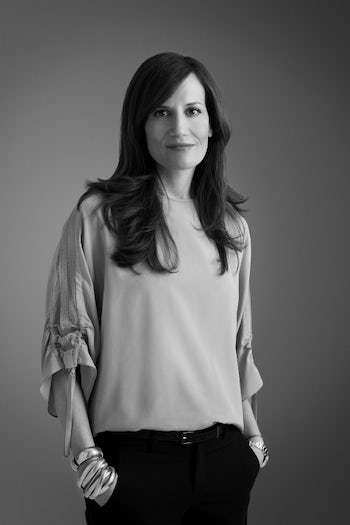 Instead, Vitale says her team is committed to securing exclusive product and developing emerging brands at every price point, including ATM Anthony Thomas Melillo, a t-shirt line that launched in 2012, and Ulla Johnson, whose business of bohemian dresses had been around for more than a decade but only took off after Barneys made a significant buy. “It’s a partnership,” Vitale said of the relationship between these developing brands and the retailer. “We need to make sure that there’s a compelling enough reason for people to work with us.”

The company has also upgraded its digital presence. Along with hiring Tony Mauro (who worked with Lee and Vitale at Gucci) to streamline logistics, Barneys has focused significant resources on creating digital content. The investment has paid off, says the company. Readers of The Window, the store’s editorial site, which launched in 2011, spend about $700 per transaction on Barneys.com (the average size of an order on the site is $500). Indeed, The Window has been so successful that the company decided to launch a print edition in 2015, says Lee.

What's more, the team has taken a stance against shop-in-shops that are leased and directly operated by brands, an approach which has become increasingly popular with department stores, especially in Europe and Asia. (In 2011, Barneys stopped selling Prada women’s ready-to-wear and handbags because the brand wanted a directly operated space. The store reintroduced Prada women’s ready-to-wear to its selection in 2014.)  “We’re not a landlord for brands,” says Lee. “People come to us for the Barneys choice; the Barneys point of view.”

The merchandising team is also beginning to address the immediacy issues that are transforming operating models across the industry. For example, just two to three weeks after Paris Fashion Week, the retailer will sell select pieces from Paco Rabanne's Autumn/Winter 2016 collection. But that’s just a small experiment. “It’s not going to be a one-size-fits all formula,” he adds. “It’s a complex issue. The most interesting thing in Burberry’s announcement is the idea of a seasonless collection. Smart brands have started to realize that they need to be cognisant of what’s happening to global weather. It was 85 degrees yesterday in Los Angeles.”

But for all the momentum, some say Barneys — which has become slicker and more commercial under Lee — has lost some of its signature quirk. The product mix certainly shifted following the departure of long-time fashion director Julie Gilhart and Judy Collinson, general merchandising manager for women’s fashion, in 2010. Barneys — long seen as a risk-taker and champion of emerging designers — once did the majority of its business in ready-to-wear. But on Lee’s watch, the balance has shifted towards accessories. As part of a major renovation of the company’s Madison Avenue flagship from 2011 to 2015, the handbag department on the ground floor grew significantly, while the fifth floor was transformed into a 22,000-square-foot, shoes-only space.

One of the biggest changes at Barneys during Lee’s reign was the appointment of creative director Dennis Freedman, who succeeded Simon Doonan in 2011. (Doonan assumed the position of creative ambassador-at-large, which he still holds today). Given Doonan’s influence on modern retail dressing — the creative director was famous for his inventive windows — as well as the general affinity for his camp and wit, the change attracted plenty of criticism. But Lee is confident. “The Madison Ave. store was already 20-years-old when we started. What is modern today is not what was modern five, or ten or twenty years ago. We didn’t survive 93 years by staying exactly the same,” he says. “When you’re a leader, others follow. What Barneys did once upon a time was revolutionary. But I think that, to a certain degree, it played itself out.”

Other than a standalone men’s store in San Francisco, which opens in mid-February, Lee has no immediate plans to expand Barneys' retail footprint beyond the new Chelsea location. “Never say never, but we’re not really thinking about any stores. One market we’ve been reflecting on and looking at is Miami, but we haven’t really come to any decision. If we did commit, it’s probably still several years out.” But future e-commerce acquisitions are possible. “We’ve signed some NDAs and we’ve looked at some things,” Lee reveals. “But we don’t have an urgent need. We feel confident that we have plenty to keep ourselves busy.”