After 15 years and €500 million worth of renovations, LVMH is reopening famous Parisian department store La Samaritaine. But does its 2020 revival make as much sense as it did when the group brokered the deal in 2001?

PARIS, France — After 15 years, €500 million worth of renovations in the building and a total investment of €750 million, LVMH is finally set to reopen famous Parisian department store La Samaritaine, which it bought in 2001.

In doing so, the luxury group is forging into enemy territory: also known as the Right Bank, where department store rival Groupe Galeries Lafayette has long dominated the multi-brand retail landscape and recently opened a second location on the Champs-Elysées. (Renowned department store Le Bon Marché, which LVMH Chairman and Chief Executive Bernard Arnault purchased in 1984, is a Left Bank mainstay.)

The “selective offer” places La Samaritaine at the intersection of “[Avenue] Montaigne and Le Marais” in terms of taste, according to Eléonore de Boysson, DFS president for Europe and the Middle East. While some brands will operate under the concession model — meaning that they will operate their spaces themselves — most will have wholesale agreements.

The beauty department (which will cover more than 3,000 square metres) will be the largest in a post-Brexit Europe, according to de Boysson. Certain labels, including Charlotte Tilbury, will only be available in Paris at the store. Unlike Le Bon Marché, located in Paris’ 7th arrondissement, there won’t be any homeware, kidswear or groceries, so beauty will be an important driver of both foot traffic and sales.

La Samaritaine, with its carefully restored Art Nouveau interiors and striking — if controversial — glass facade designed by Japanese agency Sanaa, should be popular with tourists and curious Parisians alike. But both LVMH and Galeries Lafayette are scaling in the midst of a tough time for multi-brand retailers, which are struggling to both retain in-store customers and maintain online growth. The recent bankruptcy and subsequent liquidation of luxury retailer Barneys New York, continued challenges at the Neiman Marcus Group and struggles at online retailers including Farfetch, Yoox Net-a-Porter Group and MatchesFashion indicate an outdated, increasingly commoditised model. 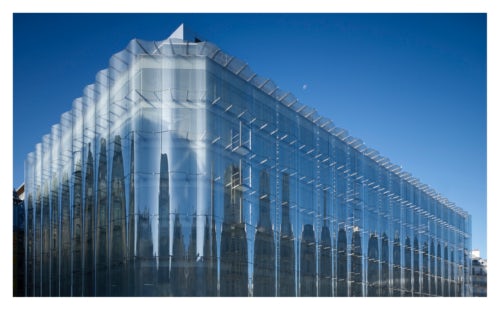 The landscape in France is also different than it was when LVMH acquired a majority stake in La Samaritaine nearly 20 years ago. Sluggish demand has seen sales of clothing and textiles in the country fall 1.3 percent in the first nine months of 2019, according to the Institut Français de la Mode. The department store channel in the period was down 0.7 percent.

Paris’ department stores have also taken a hit this year, in part because of the ongoing “gilet jaunes” demonstrations, where populist workers seeking economic justice march on the streets, often in crowded, commerce-heavy neighborhoods. The much-anticipated opening of Galeries Lafayette Champs-Elysees has seen results “below expectations,” company Chief Executive Nicolas Houzé told BoF in October, and the Paris flagship of Qatari-owned retailer Le Printemps has also been impacted.

LVMH, however, has had great success with building department stores in the past. Le Bon Marché, which was founded in 1838, has been part of the group since its establishment in 1987, three years after Arnault acquired it. LVMH does not break out sales at its brands, but Le Bon Marché’s annual sales were estimated to be €550 million in 2017, a double-digit increase from the year previous, according to a Reuters report. However, Le Bon Marché is only one location. Its grocery store, La Grande Épicerie, has expanded further. In 2017, LVMH launched multi-brand retailer 24S, which replaced Le Bon Marché’s old e-commerce offering. 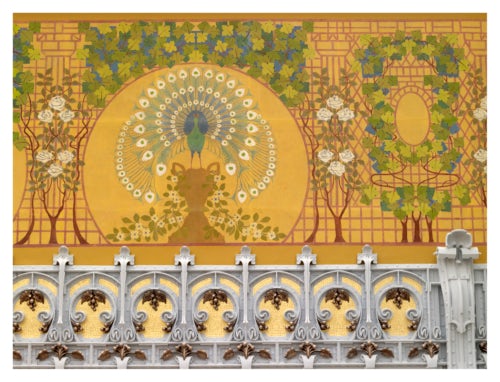 In order to best serve international tourists — a big draw at any retailer located in the centre of Paris — LVMH looked to DFS, which has “in-depth knowledge” and understanding of the Asian consumer. (The company operates stores in 16 airports and 18 cities, mainly in Asia.) International clientele is expected to represent around half of the foot traffic and the majority of the sales, according to De Boysson, so services will include “seamless detax” at the point of sale, an international loyalty programme and parking spaces for buses around the nearby Louvre museum. “The first arrondissement [where La Samaritaine is located] is the least populated borough of Paris,” said La Samaritaine Chairman and Chief Executive Jean-Jacques Guiony who is also LVMH Chief Financial Officer. “We have the ambition to go get the tourism clientele.”

LVMH expects the store to draw “several millions of visitors” in its first year. (DFS’s first European store in Venice, Italy, attracted 3 million visitors in its first 12 months.) De Boysson, for one, is confident that La Samaritaine will be strong enough to formidably compete in an increasingly crowded, increasingly challenging market. “Paris is still the first global tourist destination and it continues to grow," she said, adding that it’s important to go beyond apparel retail. With that, the store will offer 12 different food vendors.

The Future of Retail is the End of Wholesale