The indie-luxe retailers are joining forces in order to compete more effectively on a global scale. 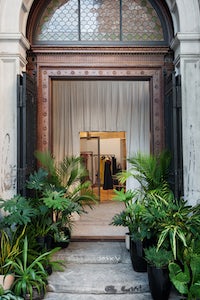 The indie-luxe retailers are joining forces in order to compete more effectively on a global scale.

NEW YORK, United States — Independent luxury boutiques have struggled to go up against the likes of Net-a-Porter, Farfetch and Matchesfashion in the race for e-commerce dollars. Now, two well-regarded American stores that gained early online traction are combining into a single company in order to compete more effectively on a global scale.

The new venture, called NSTO, simplifies the relationship between the Richmond, Virginia-based Need Supply Co. and Totokaelo, which has locations in Seattle and New York.

Both retailers — which specialise in new wave fashion — are backed by Cormack Capital, the investment firm run by Vancouver-based accessories brand Herschel Supply co-founders Jamie and Lyndon Cormack. In September 2016, Cormack Capital acquired Totokaelo. (The boutique’s founder, Jill Wenger, exited.) At the time of the acquisition, Cormack Capital enlisted Need Supply, a company in which it already had a minority stake, to manage some of Totokaelo’s operations and back-end functions.

Over the last two years, Cormack has poured an additional $6.7 million into Need Supply, which has used the investment to upgrade its technology and other back-end operations, creating a platform that can be used by multiple retailers at once. Founder and chief executive Christopher Bossola and Lyndon Cormack declined to share how much money Cormack has invested in total, or whether it owns a majority or minority interest in NSTO.

Bossola emphasised that under NSTO, Need Supply and Totokaelo will retain their distinct identities and that the shared operations platform will provide a strong foundation for growth. However, he declined to share current revenue figures.

“In the US, you’ve got some large platforms that focus on breadth and so, therefore, don’t have as strong as a point of view,” he said. “In the background, we have this common platform that is scalable… [and] supports very unique brands on the front end.”

Bossola believes that centralised operations will allow NSTO to double its e-commerce volume. Other shared services include customer service, photography, warehousing and fulfilment.

Led by Bossola, NSTO will be based out of both Richmond, where the company has a new 20,700 square foot headquarters and a 7,000 square foot photo studio, and New York, where design, merchandise and branding teams will be located.

Vice president of marketing and brand Fanny Damiette will oversee both Totokaelo and Need Supply’s brand direction. Damiette joined Totokaelo in May and was previously the director of brand and marketing strategy at Ssense, the Canadian streetwear and emerging label e-commerce company that has projected it will hit $800 million in sales in 2020.

Lyndon Cormack said that in today’s competitive retail landscape, “specialist” retailers with distinct points of view are at an advantage.

“We’ve spent a lot of time building a proper foundation so that when you get into huge growth mode, you can support it,” he said. “We’ve been growing year over year, steadily, but it feels like the gas pedal can be pushed.”

Bossola said the majority of future growth will come from increased e-commerce sales, especially from NSTO’s private brands, which include Need, Stellen, Farrow and Which We Want at Need Supply and Viden at Totokaelo, which is also launching a new essentials line called Totokaelo Archives.

The centralised operations mean that NSTO may eventually acquire more retailers, which could essentially plug right into the platform. However, both Bossola and Cormack said the first priority is expanding the existing retail brands. Bossola said that the company believes it can triple sales over the next three years.

Bossola said he also plans to expand the portfolio of brands carried by both retailers, which range from Nike to CDG to Dries Van Noten. Need Supply — founded by Bossola in 1996 with a focus on vintage Levi’s — is known for its mix of cool mix of independent brands, from Ganni to A.P.C. and Nanushka. Totokaelo — founded by Wenger in Seattle in 2008 — gained a following for its discerning mix of art objects and fashion, stocking labels including Maison Martin Margiela, Rick Owens and Vetements. Both stores managed to build up e-commerce at a time when independent outlets struggled to compete against heavily funded players because of the expenses associated with search engine marketing and other forms of customer acquisition.

The company also continues to invest in physical retail. In New York, Totokaelo is renovating the Crosby Street townhouse it opened in 2015, and in the meantime has taken space at the Great Bowery building. At the end of 2018, it will move to a new location back on Crosby Street until the renovations are completed in 2019.