As yet another fashion retailer closes its doors, NSTO Chief Executive Chris Bossola breaks down the challenges facing the indie group and what they say about the state of the market.

As yet another fashion retailer closes its doors, NSTO Chief Executive Chris Bossola breaks down the challenges facing the indie group and what they say about the state of the market.

RICHMOND, United States — When Chris Bossola opened Blues Recycled Clothing in 1996, the 200 square-foot store, located in the college town of Richmond, Va., sold nothing but vintage Levi’s. Two decades later, that store, renamed Need Supply Co. in 1999, had morphed into a global multi-brand fashion retailer stocking the likes of Maison Margiela and Lemaire with sales that, at its peak, surpassed $50 million a year.

Like Opening Ceremony, Jeffrey and Barneys New York before them — all local boutiques that blossomed into international brand names — Need Supply and its sister store, Totokaelo, are shutting their doors. In July, a local Richmond paper revealed that the group, christened NSTO in 2018, would wind down its operations.

On September 1, after months of offering deeper and deeper discounts, the company began communicating their plans to halt e-commerce, which accounted for the majority of company revenue, in the coming weeks. The physical stores — Need in Richmond, and Totokaelo in Seattle and New York — closed during the government-mandated lockdowns in March and never reopened.

It was only in early 2019, less than two years ago, that Bossola was on the fundraising trail, looking to rustle up additional cash for NSTO. The venture was formed in late 2018, after Need Supply’s backer Cormack Capital Corp, the investment firm led by Herschel Supply Founders Lyndon and Jamie Cormack, acquired Totokaelo, a hip-but-struggling store founded in Seattle in 2008. Jill Wenger, the owner, had made an ambitious attempt to jump into the New York retail scene in 2015, securing a hefty bank loan to pay rent on an expensive 8,400-square-foot store on Manhattan’s Crosby Street. When expenses spiralled, Wenger exited the business, and the Cormacks swooped in, tasking Bossola and the Need Supply team with the operation.

Bossola’s plan was to build NSTO into a collection of semi-niche online retailers, fueled by a 50-50 mix of private label brands and hard-to-find, exclusive products from a highly curated selection of elite and emerging fashion labels. The physical stores were an important part of the strategy, if not the main driver of sales; the company was slated to open a Need Supply outpost in the Williamsburg neighbourhood of Brooklyn this year. There were even talks of building a Need hotel on the Hudson River in 2022.

Need Supply and Totokaelo were two of a handful of independent retailers that were able to build meaningful digital businesses with global reach before the likes of Net-a-Porter and the major department stores made the e-commerce space almost impossible to penetrate. Most indie stores sell online through a marketplace, like Farfetch or Garmentory, because they can't afford the costs associated with shipping and logistics, nor the costs associated with acquiring customers online through digital marketing. The dominant players were well-funded, with the firepower to keep spending money in order to grow.

But Need Supply and Totokaelo were unique. Both had followings that reached far beyond their hometowns, and long before the rise of Instagram, which made connecting with far-flung retailers so much easier. By 2015, Totokaelo — by that time Seattle's fashion authority, stocking everything from Dries Van Noten and Jil Sander to all the important Japanese designers — was on track to generate $17 million in sales with just one physical store and an e-commerce site. 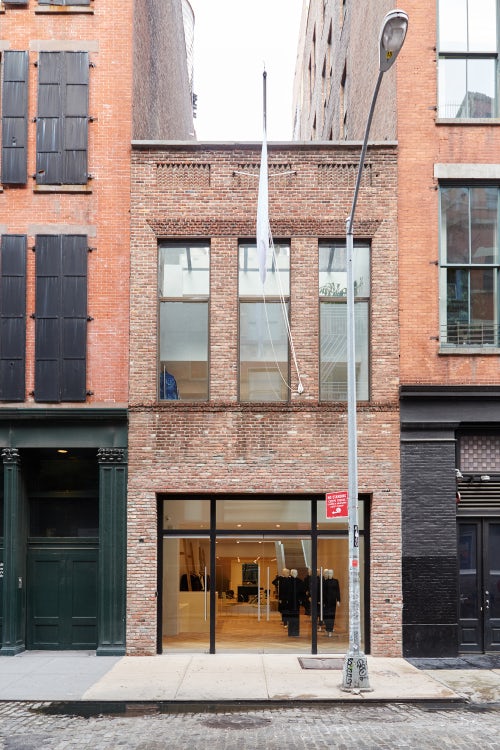 "Jill was really sure of what she wanted," said Stella Ishii, co-owner of The News, a New York showroom that represents independent designers, and has been integral to the early success of labels including The Row, Alexander Wang and Common Projects. "It was always interesting and fun working with her...she was so much a part of the success of Totokaelo."

At its peak, Need Supply surpassed $50 million in annual revenue. For Bossola, the 2008 launch of NeedSupply.com — spearheaded by his former partner, creative director Gabriel Ricioppo — was transformative.

“I had secured a roster of well-known global brands, and Gabe took all of that and brought it online, magnified it in a way that resonated with people,” Bossola said regarding Need Supply’s clean-and-cool brand identity. “Our business just took off — all of the sudden we got noticed, we got press; there was a hockey stick of growth.”

Through a partner, Need Supply opened in Japan, a late-aughts, early 2010s signifier of hipster-fashion success.

When NSTO formed a decade later, Bossola believed the group could serve as an alternative to major multi-brand retailers that were spending an increasing amount of money on customer acquisition as their buys broadened into generic fashion offerings and discounts deepened to the point where margins evaporated. To jumpstart growth, he envisioned possibly acquiring other well-loved indie retailers. Or spinning off some of Need's in-house brands into their own sites and stores, Urban Outfitters-style. (Anthropologie and Free People, now stand-alone brands, were first tested and developed within Urban Outfitters stores.)

However, in March, when the pandemic took hold in the US, Bossola soon realised that he simply didn’t have enough working capital to endure the expected losses. (The fashion market is set to contract up to 39 percent globally in 2020, according to BoF and McKinsey’s State of Fashion Coronavirus Update.)

Bossola and the Cormacks, as well as the rest of the NSTO board, discussed different plans that would require additional funding, but he said he could not come up with one that made sense. (Lyndon Cormack did not respond to BoF’s request for comment regarding the closure of the business.)

“If I had brought them a plan that made sense for the business going forward they would have funded it. Believe me I tried,” Bossola said. “I’ve been in business for 24 years, survived three recessions, who knows how many changes in trends, fashions, denim crazes, etcetera... Given Covid, there just wasn’t a model that worked.”

Here’s why. Bossola figured out a couple of years ago that the amount of money the company was spending on online customer acquisition in order to keep up with bigger players like Farfetch and MatchesFashion was unsustainable. “It squeezed your margin, and you’re just not generating enough internal cash flow to support the business,” he said.

Bossola tried to raise more money last year to support a model that relied more on growth of in-house brands but had trouble securing it, partially because investors were not interested in funding fashion.

“We were at the tail end of the tech funds looking and thinking that fashion and consumer products are a technology play when in fact they’re really not,” he said. “They take longer to scale and are maybe not as sticky.”

Bossola believes that the next generation of retailers, including those that survive the current crisis, will need to take this into consideration when they look to expand. While he thinks they will continue to serve as brand launchpads, labels will use them as marketing to further develop their direct-to-consumer channels rather than as a stepping stone into bigger retailers.

“I still think there are stores out there, like Dover Street Market and LN-CC, that are really important to the markets where they exist,” he said. “Brands will do the volume through their own direct-to-consumer platforms.”

Ishii expects a market correction with more retailers closing, but that "there's an opportunity for new people to jump into the business," she said. "It works both ways. One thing stops, something else starts."

Upon her exit, Wenger, Totokaeolo’s former owner, remade herself by going direct-to-consumer, launching the size-inclusive label Roucha in 2018 — the site is still active, although most products are sold out. (Wenger did not respond to an email request for comment regarding Totokaelo's closure.)

When asked whether he’ll start over again in fashion, Bossola said he’s ready to move to something else. This will be the first Black Friday he hasn’t worked in 25 years.

In the present, he’s focused on winding down the businesses in a way that he hopes is respectful to the brands that sell with him. “We’ve been very conscientious about throwing out big ‘going out of business’ signs,” he said. “In these last few weeks, we’re going to be nostalgic. Then turn the lights off, close the door and walk away.”