SÃO PAULO, Brazil — Brazil has been in a recession for three long years. The country has faced a shrinking economy, as well as painful political and social upheavals: inflation, corruption scandals, mass protests, the Zika virus and most recently the impeachment of the president. Like most sectors, Brazil’s crisis has hit fashion brands and retailers hard. But Brazilians are nothing if not resilient and those with entrepreneurial genes know how to turn hard times to their advantage.

“My father started working at the age of twelve,” says Flavio Rocha, Riachuelo’s 58-year old chief executive. “He started as a vendor but by the time he was just 18 years old, he’d bought his first shop.”

Rocha recounts the story of his family business with care. The first clothing shop was opened in 1947 by his father Nevaldo and uncle Newton Rocha in Brazil’s remote north-east region, some 3,000km from the country’s commercial capital of São Paulo. Survivors of a terrible drought, the brothers arrived in Natal on the eve of World War II when the city became an Allied military base used as a launch pad across the Atlantic to counter the Axis occupation of North Africa.

“That changed the town from a fishermen’s village to a melting pot of opportunities for small local retailers,” explains Rocha. After acquiring several other shops in the region, the brothers opened their first clothing factory in the 1950s under the name Guararapes. In the 1970s, Guararapes acquired the Riachuelo stores, expanding its distribution channel into retail fabrics and building operational and manufacturing hubs in the cities of Recife and Fortaleza.

Today, Riachuelo is a vertically integrated giant that boasts 291 shops the length and breadth of Brazil. But what may surprise some is that 79 of these stores were built in the past three years during the country's gloomy recession.

The market has been so challenging that the country’s apparel retail sector shrank 6.7 percent in 2016, according to new research published by ABIT, the Brazilian Textile and Apparel Industry Association. While small, independent, local shops continue to close their doors — over 100,000 of them in the past two years — Brazil’s fast fashion chains like Riachuelo and Lojas Renner have managed to sail against the tide. 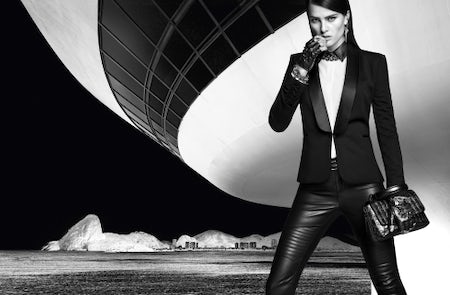 “The past year was the worst year for retail in Brazil’s history since the IBGE (Brazilian Institute of Statistics and Geography) retail survey was first published in 2002,” Rocha says. Yet despite this and Rocha’s aggressive investments in retail and distribution infrastructure, Riachuelo finds itself in an enviable position.

Rocha believes Riachuelo’s financial position reflects a payoff on earlier investments like its state-of-the-art logistics centre in Guarulhos outside São Paulo. Distribution hubs like the one in the rainforest city of Manaus help the company reach beyond Brazil’s megacities deep into the remote interior where there are smaller underserved cities in states like Amazonas, Roraima and Acre.

Thanks to its advanced supply chain, Rocha says Riachuelo now delivers 200 new styles daily to each one of its 291 stores, totalling 48,000 new options per year. “It’s an extremely sophisticated logistics model, which allows us to have a very different stock format,” he explains.

Demographics and the democratic dividend

Domestic fast fashion players like Riachuelo continue to tap into the 50 million new members of the lower middle class – those who have been lifted out of poverty over the past 20 years. It is true that many now struggle with debt, bouts of unemployment and inflation due to the recent crisis. But there are more than enough in Brazil’s lower middle class who are not currently in trouble to keep fast fashion operators’ tills ringing.

At the same time, some more affluent consumers have been trading down from mid-market brands and the likes of Zara. Part of the appeal of domestic brands is that they understand the subtleties of local taste better and are seasonally relevant. Most global brands, on the other hand, design with the Northern Hemisphere climate in mind so face challenges with Brazil’s inverted seasonality.

Riachuelo now delivers 200 new styles daily to each one of its 291 stores.

In recent years, the fast fashion business model has come under increased scrutiny and criticism in more mature markets. And although concerns around sustainability and the environment are growing in Brazil, according to Rocha, the perception among some consumers is that fast fashion represents inclusion through affordability. “At this very moment, tens of millions of people are literally gaining access to our world by overcoming the poverty line. For them, finding fast fashion is the first form of self-expression,” he says. 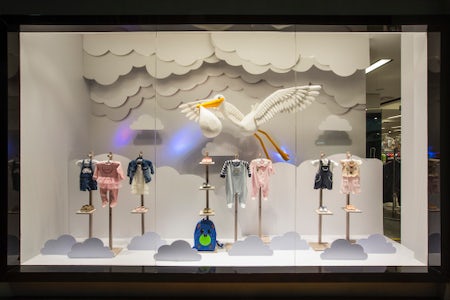 Marcella Kanner, marketing director of Riachuelo, explains: “This is the first time in history [a certain class of] Brazilian society can be fashionable. We must be extremely careful about this, because those who’ve always had access to fashion don’t realise that so many other people have never had the dignity to consume it before.

“That’s why fast fashion in a country like Brazil is not the same as abroad. Here, it is still about empowering women. Not only us, but also [our competitors] C&A and Lojas Renner, for example, are responsible for creating this new self-esteem among Brazilian women. We must take this seriously and not underestimate its importance,” she adds.

It may be a convenient distraction for fast fashion executives to focus on democratic design credentials but the ethos does ring true enough at Riachuelo’s company headquarters. During Brazil’s recession, Rocha turned to tactics used by global fast fashion players like H&M to boost sales, create buzz and ward off the invasion of international fast fashion chains with a similar price point to Forever 21. H&M has yet to enter the market, despite announcements made a few years ago.

In collaborating with luxury brands such as Versace and Karl Lagerfeld, Riachuelo made memorable runway presentations in Brazil and kept marketing spend buoyant while earning new fans with deeper pockets. The most emblematic among these was the outrageous Versace show at São Paulo Fashion Week for Autumn/Winter 2015.

“This was something rare in Brazil. It was perhaps the biggest event in [São Paulo] fashion week of all time,” reminisces Silvia Rogar, the new editor-in-chief at Vogue Brazil.

For Donatella Versace, the experience was also one to remember. “I was so thrilled to be collaborating with Riachuelo on that special one-off collection. I had never designed a collection for the women of one [specific] country before. Usually I’m thinking globally. It was a very special experience to think about Brazilian women, considering their wants and needs,” Versace recalls.

We’ve made it our own way and no longer follow the industry’s calendar.

After Versace, Karl Lagerfeld presented a limited edition collection for the brand and after that, Riachuelo decided to leave São Paulo Fashion Week. “We’ve made it our own way and no longer follow the industry’s calendar," Rocha explains. "Our commitment has shifted to focus on daily deliveries. If the customer doesn’t go to our store for 10 days, she will see 2,000 new products available and this goes for all our stores.”

Advertisements on television channels, such as Rede Globo, which is, according to Rocha, the most effective communicator for fast fashion, remains the company’s largest proportion of marketing spend, alongside sponsorship of Vogue magazine events to generate brand awareness, and collaborations with bloggers and designers. 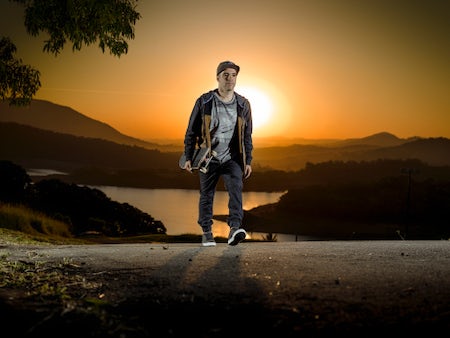 Although Riachuelo invests heavily in digital campaigns on social networks, such as Facebook or Instagram, it surprisingly hasn’t yet launched e-commerce. There are plans to do so in the second quarter of this year.

In last year’s annual ranking of the largest retailers in Brazil, developed by Brazilian Institute of Retail and Consumer Executives, Grupo Guararapes stood in 12th position just behind its main competitor in the fashion category, Lojas Renner, which has over 380 selling points in Brazil.

“[But] I say we are the largest fashion group in the country considering all aspects of the business, from thread to garment to the financial operations, which is very relevant. Each job in retail generates five jobs in the supply chain [but] retail is just the most visible aspect of Grupo Guararapes. It’s just the tip of the iceberg,” asserts Rocha.

Lojas Renner has started its expansion across the border into Uruguay and has announced further moves across Latin America. But despite continued domestic expansion plans for this year, Rocha says he has no immediate plans for Riachuelo to gain a foothold overseas.

Kanner cites the fact that local production of almost 80 percent of its units are in Riachuelo’s manufacturing centre in the far northeast of Brazil and maintains Lojas Renner, on the other hand, is headquartered in Porto Alegre, in Brazil’s extreme south which makes it much easier to export to neighbouring countries, like Uruguay and Argentina, for example.

“Our strategy also remains local due to the so-called ‘Custo Brasil’ (or “Brazil cost”, which refers to the many inflated operational costs and inefficiencies associated with doing business in the country). Exporting could make us uncompetitive in other countries [so] we’ll continue to professionalise the industry here before we start thinking of going overseas,” Rocha explains.

Besides,” he concludes, “there’s no need when there’s still so much growth potential left inside Brazil’s borders.”

A Shrinking Market: Is This Brazil’s ‘New Normal?’