MOSCOW, Russia — Valentino’s new sporty cruise collection exhibited in a pop-up shop on the busy ground floor of Tsum is one of the first things one sees after passing through the heavy doors of the Gothic-style Moscow department store, a stone’s throw away from the stately Bolshoi Theatre. Valentino is just one of many Western luxury brands that understand they can no longer rely on Russians spending in Europe but instead need to engage them in their home market.

Russian luxury consumers travel much less these days, which is not surprising given that the rouble has lost 30 percent of its value against the euro in the past three years, hammered by low oil prices and bruising economic sanctions imposed over Russia’s involvement in Ukraine and annexation of Crimea.

“Every luxury and fashion brand has fewer Russian customers in Europe so they know they have to come to Russia to capture them,” said Alexander Reebok, general manager of Mercury group, parent of Tsum, which fêted its 110th anniversary last week. “Now brands understand that it is important to do events in Moscow at the same time as other major fashion capitals,” said Reebok. On Wednesday, Dolce & Gabbana is opening a sneaker pop-up shop at Tsum, followed by a second pop-up at sister department store DLT in Saint Petersburg two days later. Loewe opened a pop-up at Tsum in September. 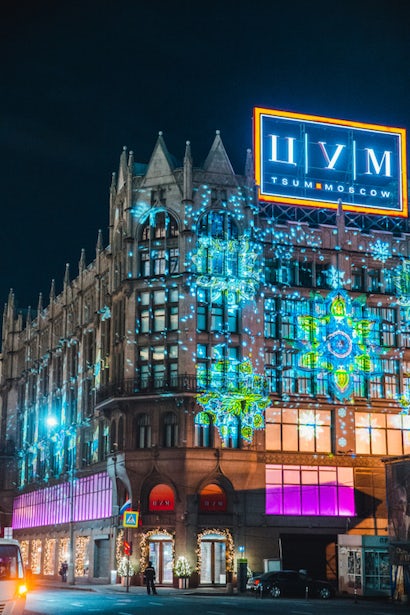 Mercury, which is regarded as an important indicator of the health of Russia’s luxury market, said trading improved in 2017 after two difficult years, helped mainly by domestic demand and rising sales to tourists — mainly from China. Reebok said Chinese shoppers were attracted by Moscow and Saint Petersburg’s competitive luxury prices, as well as their classical musical scene, museums and communist landmarks. Mercury also manages Barvikha Luxury Village outside Moscow, dealerships for brands Ferrari, Bentley and Harley Davidson and more than 100 fashion, jewellery and high-end watch shops in Moscow, Saint Petersburg, Ekaterinburg and Sochi.

The group said it expected turnover in euro terms to rise 20 percent in 2017 after 12 percent growth in 2016 and a flattish performance in 2015. Mercury’s positive prognosis echoed an update by consultancy Bain & Company, which predicts the personal luxury goods market in Russia will reach about €3.4 billion this year and show positive growth after years of contraction. Bain & Company estimated the share of Russian consumers in the global market for personal luxury goods stood at around 3 percent in 2017, down from 5 percent in 2014.

Russia’s economy is on the mend, with oil prices rising and gross domestic product (GDP) growth forecast to reach 1.8 percent in 2017 after several quarters of recession. On Monday, Brent crude oil hit $60.81 a barrel, a level last seen in mid-2015. The country’s political landscape is also set to remain stable with Vladimir Putin expected to be comfortably re-elected president in March next year.

Rich people in Russia are still very rich and have money to spend, only they are travelling less than before.

“Rich people in Russia are still very rich and have money to spend, only they are travelling less than before,” said Tsum chief operating officer Alexander Pavlov. “This is partly why we are growing — because they are shopping here now.”

Tsum’s turnover in the nine months to September 30 rose 30 percent year-on-year with full-year growth expected to remain at that level, Mr Pavlov said. He added that the department store’s growth was also helped by price adjustments introduced in 2015 which put them in line with those in Milan and Paris. Some of Tsum’s best-selling brands include Valentino, Dolce & Gabbana and Yves Saint Laurent. 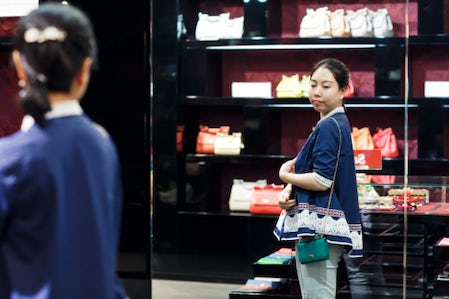 And luxury sales in Moscow and Saint Petersburg are set to get a boost starting next year with the introduction of a “Tax-Free” scheme that will allow tourists to get VAT paid back, a system already well established in many European cities. The VAT-refund scheme, which was originally planned to be introduced in October, is now scheduled to come into force around February next year, Mercury said. It will be trialled by a small number of retailers first such as Moscow department stores Gum, Tsum, Bosco and DLT, Tsum’s sister department store in Saint Petersburg.

Unlike at European department stores such as Galeries Lafayette in Paris, London’s Harrods and La Rinascente in Milan — where tourists account for a sizeable proportion of total sales — at Tsum, they only generate around 10 percent of revenues. “But thanks to the tax-free scheme, we expect that number to grow to 30 percent within two years,” Pavlov said.

Last week, Tsum celebrated its 110th anniversary with a grandiose party featuring theme-inspired installations, dancers’ performances and a vodka bar complete with ice sculptures and waiters serving generous lumps of caviar. Hosts were treated to a private concert by Goran Bregovic, the Bosnian composer known for having done soundtracks for Emir Kusturica’s films such as "Black Cat," "White Cat," and "Underground." The party was attended by more than 400 journalists, clients and celebrities, including Russian pop star Philipp Kirkorov and socialite and journalist Ksenia Sobchak, who plans to take part in the March presidential elections. 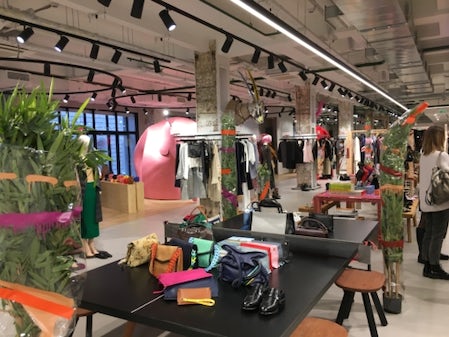 NGxTsum has the look and feel of a concept store with plastic wrapped furniture, coffee tables covered with piles of Assouline books and niche fashion magazines such as System and special installations such as Loewe’s giant pink elephant standing next to the brand’s popular elephant-shaped totes. It sells brands such as Vetements, Erdem, Junya Watanabe, Maison Margiela, Zac Posen and Rosie Assoulin and currently hosts a special exhibition on the work of Russian designer Vika Gazinskaya.

For a long time, most Russian women used to think they needed to wear tight-fitting dresses and 10 centimetre stilettos to look good. Now Mrs Goldenberg is working on changing that. “I explain to Russian women that they can be adventurous, try something new and take risks,” she said.

Brands understand that it is important to do events in Moscow at the same time as other major fashion capitals.

This is also what Olga Karput, founder of concept store KM20 (Kuznetsky Most 20), is trying to do, promoting modern, edgy looks by designers such as JW Anderson, Off-White, Vetements and Jacquemus. “We are talent spotters and it is important for us to work with young talents from the very beginning,” said Karput. KM20’s turnover had grown fivefold since 2009 and the store, which last week moved into a much bigger space, enjoyed annual sales growth of around 20 percent. 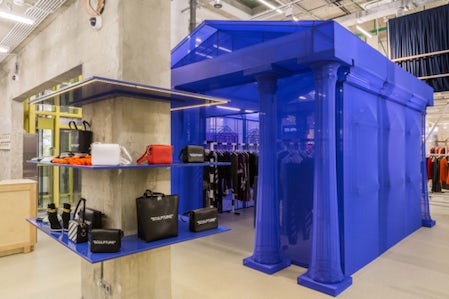 KM20 said it was already making around 30 percent of its turnover from its online e-commerce website km20.ru, even though it was launched only a year and a half ago. It said it expected online sales to continue to grow strongly, particularly if the Russian government went ahead with plans to introduce an online tax to stimulate purchases at home, as the Chinese government did last year. “This will help our online business as it will become more expensive for Russians to buy things overseas,” Karput said.

Tsum also has grand ambitions for its e-commerce website tsum.ru in which it stepped up investment last year. Mr Schmeidler said he expected the department store’s online business to represent 20 percent of total turnover next year, up from its current level of around 10 percent.

The site also helps Tsum capture business in faraway regions. Moscow is estimated to make up about 70 percent of the luxury market in Russia, with Saint Petersburg around 15 percent and the rest in the regions.

Disclosure: Astrid Wendlandt travelled to Moscow as a guest of Tsum.