NEW YORK, United States — Hervé Léger’s new creative director, Christian Juul Nielsen, is not interested in the kind of fashion that flew off the racks ten years ago.

Back then, shortly after its relaunch under former owner Max Azria, the signature bodycon bandage dress was seen all over nightclubs and red carpets. Kim Kardashian even wore one, in hot pink with a deep V-neck line, when rendered as a wax figure replica by Madame Tussauds in 2010.

“If another person in America tells me about [the] bestseller in 2008, I’m just going to die,” said Juul Nielsen, who has worked under John Galliano and Raf Simons at Christian Dior, and also spent time at Nina Ricci, Oscar de la Renta and J. Mendel. “It’s ten years ago now, we are going to have to move on and make new bestsellers.”

On September 12, he will reveal his first collection for Hervé Léger since the brand was acquired by Authentic Brands Group (ABG) in 2017, inspired by the silhouettes and colour combinations from the early to mid-1990s heyday — when Cindy Crawford, Christy Turlington, Linda Evangelista, Helena Christensen walked the runways in bandage dress armour of contrasting colours and slimming geometric designs — and when founder Hervé Leroux called the shots.

The brand is a small acquisition for ABG, an eight-year-old licensing company that owns Juicy Couture, Judith Leiber, Aeropostale, Nine West, Frye and 28 more brands in fashion and sportswear, as well as celebrity licensing rights. Backed by private equity firms including Leonard Green, General Atlantic and Lion Capital (as well as investors like the Walton family), ABG buys brands in deep distress or bankruptcy. But instead of further liquidating the assets, the company specialises in bringing them back to life.

Old is new. If you take the old and make it really new, there’s a built-in customer base

And in an era of distressed retail, ABG is picking up the pace. The company bought Nine West in its bankruptcy auction for $340 million in June, and already, it inked a deal with Kohl’s for the retailer to carry the brand. When it purchased Aeropostale in 2016 as part of a consortium of buyers, including mall landlords Simon Property Group and General Growth Properties, 500 stores were able to continue operating. Earlier this week, ABG put in a $35 million bid for gift retailer Brookstone.

ABG has the bottom line to show for its success: while the company does not disclose revenue figures, it said its brands generate over $7.6 billion in annual retail sales (ABG takes a cut of this figure as royalties) and that its profit doubled in the past year, proving it knows how to bring something back from the dead — and compete with a new generation of direct-to-consumer brands created by millennials to cater to their peers. But ABG isn’t intimidated by the Amazons and Everlanes of the world.

“Old is new. If you take the old and make it really new, there’s a built-in customer base,” said Jamie Salter, founder and chief executive of ABG. “You tap into nostalgia but you give [consumers] a new feel.” 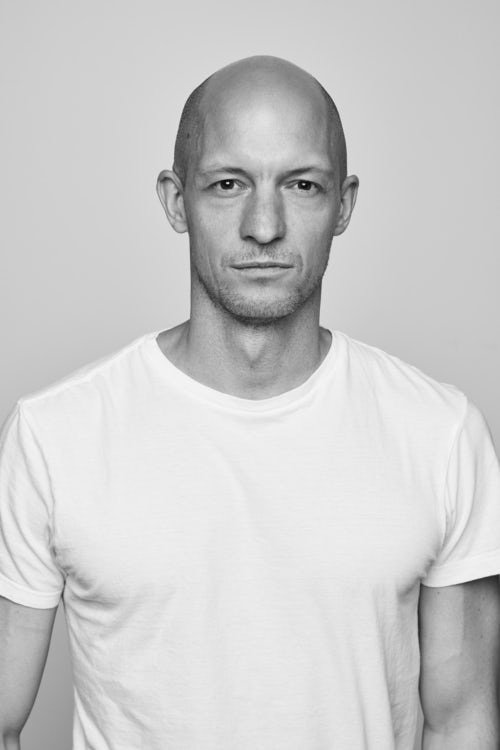 ABG’s president and chief marketing officer Nick Woodhouse said with Hervé Léger, the company was drawn to the global potential in bringing back a brand that has widespread recognition.

“Whenever you go in mid-tier or above around the world, people know the name Hervé or have a story related to Hervé,” said Woodhouse. The brand resonates with older consumers and has the potential to expand into categories like footwear, fragrances and beauty.

ABG has a playbook for making stale brands like Juicy Couture relevant with young consumers while holding onto loyal customers who never retired their Juicy tracksuits. The secret formula? By leaving the headaches of manufacturing and logistics to its partners, the company focuses wholly on marketing, deploying a combination of in-house creative chops, celebrity endorsements, a proprietary influencer database, an extensive retail presence and a dash of luck. ABG brands also save money on the back end by tapping into their parent’s considerable infrastructure, ranging from marketing to legal and finance.

This so-called synergy across the brands was the principle upon which Salter founded the company. Prior to ABG, he was the chief executive of Hilco Consumer Capital, a holding company that licensed a number of brands, including Halston and Polaroid. Under Hilco, its brands had standalone platforms, siloed from one another.

“What I discovered quickly was that it would be a lot better if we could create one platform,” Salter said.

At its peak, Juicy Couture’s sales volume exceeded $500 million, stocked at retailers including Bergdorf Goodman and Neiman Marcus. But sales dwindled under owner Fifth & Pacific Company Inc., which bought the brand in 2003. ABG bought the brand for just $195 million in 2013.

With the help of creative director and Hollywood stylist Jamie Mizrahi, the brand returned to its track suit roots and was at first ironically embraced by its former fans before transitioning from outdated kitsch to sports-adjacent whimsical femininity. The brand presented a collection at New York Fashion Week for the first time in February.

ABG is hoping for a similar renaissance for Hervé Léger.

That’s a point in time where you realise that it’s so uncool it’s cool and you have to capitalise on that. The Hervé Léger dress isn’t uncool, but it evokes memories.

“There was an inflection point for Juicy,” said Woodhouse, pointing to consumers’ appetite for nostalgia in the past year. “That’s a point in time where you realise that it’s so uncool it’s cool and you have to capitalise on that. The Hervé Léger dress isn’t uncool, but it evokes memories.” 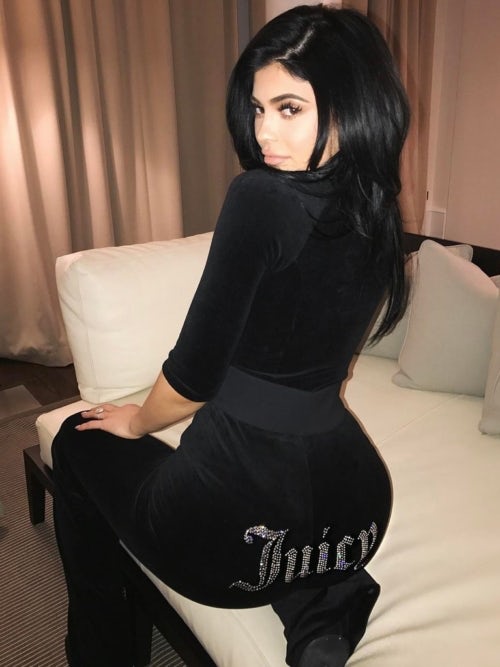 This brand revival is happening outside of ABG as well.

“Just look at Champion and Calvin Klein,” said David Tawil, president of Maglan Capital, a hedge fund that specialises in distressed assets. But to monetise it, he added, “it’s a question of taste and emotion… It’s very non-factual.”

The majority of ABG’s creative campaigns and content come from its 57-person marketing team. Creative directors oversee multiple brands and can draw from the same pool of photographers, copywriters and social media experts — all under one roof, therefore reducing costs. Decisions get made faster because outside companies aren’t involved, Salter said.

Most of ABG’s employees were not hired from within the licensing industry, he said. They come from an array of industries, and the management team skews young.

ABG is notable for its “digital-first” marketing approach, according to Jared Tomlinson, founder of branding agency Standard Black.

“A lot of legacy brands [think] from a brick-and-mortar first mindset, and consider how a big campaign would roll out to websites afterward,” he said. For ABG, it’s the opposite, putting digital creative marketing over merchandising — “a fresher approach.”

“We lucked out with the Kardashians,” Salter said. “But it’s good to have a little bit of luck in this business. Quite frankly, the world also really played into the athletic, leisure [style] and that helped us a lot too.”

Today’s competitive retail climate has allowed ABG to purchase bankrupt brands like Nine West and Aeropostale for a bargain. These ailing companies could not adapt to the changing retail landscape, but can benefit from ABG’s resources. And if ABG continues to play its cards right, it will reap additional sales thanks to high consumer spending right now, according to Tawil.

But like every investment, there’s an element of gamble.

“There is calculated risk on every deal we make,” Salter said.“The risk is that Amazon is going to take over and go to a private label program and they’ll never support other brands. But this won’t happen. Everyone’s a bit of a brand snob because everyone’s got an ego.”

Even with an iron-clad formula, brand revival is not an easy task. Since its creator’s death in 1990, Halston has been subject to six attempted revivals — including a stint under Salter’s tenure at Hilco. Luxury brands are especially slow to grow, and investors must be patient.

Hervé Léger’s revival won’t come easy either. Its former parent company, BCBG Max Azria Global Holdings, filed for bankruptcy in March 2017 and was acquired by Marquee Brands for $108 million the following August. But the brand itself had been in decline for years, failing to evolve past the core look that fell out of favour after market saturation in the early aughts.

Juul Nielsen says there is space in the market for bodycon dressing, once mainstream and now arguably secondary to oversized sportswear trends. He was attracted to the history of Hervé Léger, the brand, under the creative direction of Leroux, who launched it in 1984 and turned the body-skimming layered elastic bandage knit dress into his signature style in the 1990s. In researching the history of the brand, Juul Nielsen discovered that his approach to design through draping is similar to that of the founder, who died in 2017. Global Brands Group, the licensee partner with ABG on Hervé Léger, even acquired the archive for him to reference.

“The whole thing is a celebration of the female silhouette and really emphasising the shape of a woman,” said Juul Nielsen. “[Leroux] was really inspired by that and that’s what I learned for years in Paris to do in all my work.”

Both brand history and scalability are essential for ABG to consider buying a brand, Salter said. “Staying power is incredibly important. We look at what’s in the archive files, [to see if] they really have heritage.”

It remains to be seen whether Hervé Léger could regain its relevance. In the meantime, though, Salter is counting on people like Juul Nielsen to bring their creativity to the table.

Obsessive about nailing the technique of layering the bands, the designer works with a “bandage expert” who has worked with for Hervé Léger for years and does every fitting himself. He is eager to create custom pieces for VIPs as the brand returns to the public eye.

“I think girls really want to wear beautiful things,” he said. “I want to put it out there and make it approachable for as many women as possible.”