A pioneering force in China’s independent retail scene, the multi-brand boutique has become a byword for quirky cool in Beijing, Shanghai and Chengdu.

A pioneering force in China’s independent retail scene, the multi-brand boutique has become a byword for quirky cool in Beijing, Shanghai and Chengdu.

SHANGHAI, China — Once home to a community of Russian Jews, Shanghai’s Shaoxing Road is a quiet trail in the historic literary quarter, no longer than 500 metres, with a rare serenity to it. The tree-lined strip occupies a charming corner of the city’s French Concession, which has transformed into one of the coolest and most creative hubs, filled with cozy tearooms, bookstores and publishing houses.

Among the mix is fashion concept store Triple-Major, which spans four floors and stocks progressive men’s and women’s brands from across the globe, including Christophe Lemaire, Walter Van Beirendonck, Craig Green and Henrik Vibskov, as well as hard-to-find pieces from Berlin-based Anntian and Finnish artist-designer Daniel Palillo.

“I wanted to show what I find interesting,” Ritchie Chan, the founder of Triple-Major, tells BoF. A Xiamen native, Chan grew up in Hong Kong before moving to Los Angeles to attend the University of Southern California, where he studied three joint degrees — business administration, international relations and history — which is where the store name Triple-Major comes from. 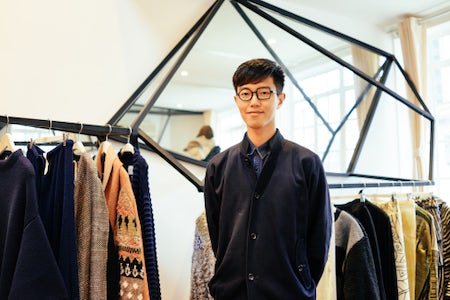 The notion of a multi-brand concept store is hardly revolutionary given the long legacy of boutiques like 10 Corso Como in Milan or Colette in Paris. But Triple-Major’s focused, youthful edit of edgy European brands is what sets it apart in a crowded Shanghai market.

When Chan launched Triple-Major in 2010, opening the first store in Beijing’s then sleepy Baochao Hutong, Chinese consumers were undergoing a rapid evolution in taste, ditching flashy logos and developing an appetite for niche or lesser-known brands. Some were hungry for a more unusual aesthetic and a different shopping environment.

“At that time, I thought the shopping mall that dominated the retail system in China was quite boring, so I wanted to operate my store in a unique way,” explains Chan. “The traditional Chinese medicine façade suits the environment of my shop very well. It creates a contrast to the traditional fashion retail store.”

Indeed, Triple-Major has since become recognised for its playful combination of strangeness and humour, and for pioneering the very notion of a concept store in China before homegrown multi-brand boutiques such as Glossy and Water Stone began to emerge and established stores from Hong Kong, like Joyce and Swank, started to enter China.

Part of Chan’s inspiration comes from Maryam Nassir Zadeh, whose boutique in downtown Manhattan he would frequent whenever he visited New York. The eclectic store sold clothing and accessories alongside artworks, textiles, furniture, plants, magazines and unique objects. 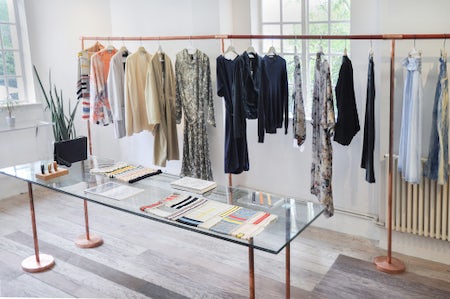 “Zadeh’s personal style is very distinctive [and] infiltrated every aspect of the store. From the selection of products and the choice of music to every detail of the display, it all reflected her personal view,” he says. “I was inspired to show off my qualities, which meant bringing together Chinese brands and consumers and presenting an alternative universe through my eyes.”

Chan’s out-of-the-box thinking is evident beyond his first store (Triple-Major now has three boutiques across China and has hosted ephemeral pop-up stores in Hong Kong, Guangzhou, London, Milan and Los Angeles). Its newest outpost in Chengdu goes under a different name — ‘The Centre for Panda Studies’ — inspired by the city’s reputation as the home of giant pandas. Meanwhile, the Beijing outpost has a pharmacy concept, with clothing boxed in the same packaging used for traditional Chinese medicine and décor referencing acupuncture.

“In the Guangzhou shop [which resembles a herbal tea shop] I invited a legitimate herbal tea-making master to provide drinks to customers. When I did a pop-up store in the United States, I designed the shop to look like a Mexican taco stand,” Chan laughs. “Being yourself in a creative and competitive industry is important, because this will be the main reason why other people choose you.”

More than just a retailer, Triple-Major also acts as a creative space, hosting exhibitions and events for artists and designers, while Chan also consults for brands like Fashionary and Ffixed Studios. Chan has also launched Triple-Major own-brand products, such as accessories, stationery and household items, and has since expanded into private label clothing that is stocked outside of its own store network. 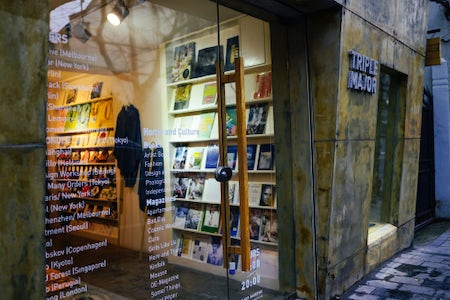 Chan’s versatility has brought him many opportunities but the growing maturation of the Chinese market is forcing him to become more focused. "Triple-Major faces a lot of competition now,” he says. “In the early stages, the development speed was rapid and a lot of followers appeared very quickly, but now the industry has reached a relatively saturated state and China is oversupplied.”

But in spite of China’s slowing economy and the unpredictable nature of the market, Chan remains as enthusiastic as ever. “We’ve always been rethinking the conventional fashion routine. [Looking ahead], Triple-Major will keep using different approaches to break existing rules and be ahead before the wave hits.”