LONDON, United Kingdom — For fashion brands that weren’t already focusing on direct-to-consumer channels before Covid-19 hit, the pandemic has been a rude awakening.

“With wholesale facing significant challenges, this crisis has demonstrated the importance of direct-to-consumer at scale,” said Burberry Chief Executive Marco Gobbetti during the brand’s preliminary results announcement in May, noting that its DTC channels proved a bright spot and growth-driver during lockdown.

The crisis has underscored the importance of owned digital channels for brands looking to assert their control over pricing, image and inventory, while avoiding brand erosion through retailer-imposed promotions and overexposure. “The mantra will be fewer numbers but wider margins,” said Giacomo Piazza, the founder of Milan-based multi-brand showroom 247twentyfourseven, which has worked with independent designers from Cecilie Bahnsen to Grace Wales Bonner.

As big brands wean themselves off wholesale, this will invariably open up space in department stores and multi-brand boutiques and free up budgets previously dedicated to big brands, meaning opportunity for newcomers. The shift couldn't come sooner for independent labels, many of which may not survive Covid-19 to begin with — a March survey by the British Fashion Council found that 35 percent of UK brands expect to shutter within three months without external support.

“If brands continue to pull back from wholesale… there are some interesting opportunities for smaller independent brands to become more important,” said Steve Dennis, founder and president at retail consultancy SageBerry Consulting and former chief strategy officer at Neiman Marcus.

Smaller designers may gain a valuable retail partner or better positioning; the retailers who lost a big brand are at least partially compensated with a much-needed dose of newness. But not all will benefit: retailers must strike a delicate balance between moneymaking household names and indie designers, while brands will need to step up on a business level to meet growing demand.

Losing wholesale and concession partners is just one of the many challenges retailers are dealing with right now. “[If this] broad trend continues, it’s not favourable to department stores,” said Dennis.

One department store group that anticipates this transition is Galeries Lafayette. In addition to its stable of luxury brands, the French group counts mass-market brands like Sandro, Maje, Claudie Pierlot and Comptoir des Cotonniers among its list of longstanding brand partners. But post-pandemic, Sybille Darricarrere, the retailer’s buying director for women and children, expects that mid-market players like these are likely to rethink their vast store networks, including department store outposts and wholesale deals.

We aren’t looking at big leaders like we were ten years ago.

While Darricarrere expects this to affect Galeries Lafayette’s stores — those outside Paris in particular — she said that it will also give the group a chance to adapt: namely by replacing bigger, well-known brands with a curation of designers that are more niche. “We aren’t looking at big leaders like we were ten years ago. We will replace them with three to four smaller, digital brands to target specific customers at specific stores.”

When Galeries Lafayette opened its new store on Paris’ Champs-Élysées last March, the four-story, 70,000-square-foot outpost promised room for experimentation. Unlike its 65 other outposts, 57 of which are in France and are largely filled with big-name brands, the new space is dominated by younger names like Bode, Craig Green and Telfar (Darricarrere estimates an 80-20 percent split).

The plan, as ubiquitous labels reconfigure their store networks, is to grow the share of smaller labels at other Galeries Lafayette stores from 30 to 40 percent over the next few years. “It’s quite a big shift that will continue, and the idea is to give a wider space to all brands,” said Darricarrere.

Galeries Lafayette isn’t the only retailer opening its doors to a wider cohort of new fashion talent. London’s Selfridges, which saw its online sales double during the UK lockdown, has been moving in that direction for years by bringing in platforms like Fashion East and independent designers such as Rejina Pyo and Charlotte Knowles. More recently, the retailer introduced a pop-up space to feature curations by Instagram, Highsnobiety and artist Daniel Arsham. Selfridges declined to comment for this story.

It remains to be seen exactly how this shift will be felt by retailers according to scale and geography — smaller format multi-brand boutiques largely rely on wholesale while department stores in many global markets have shifted towards concession-based retail for years. 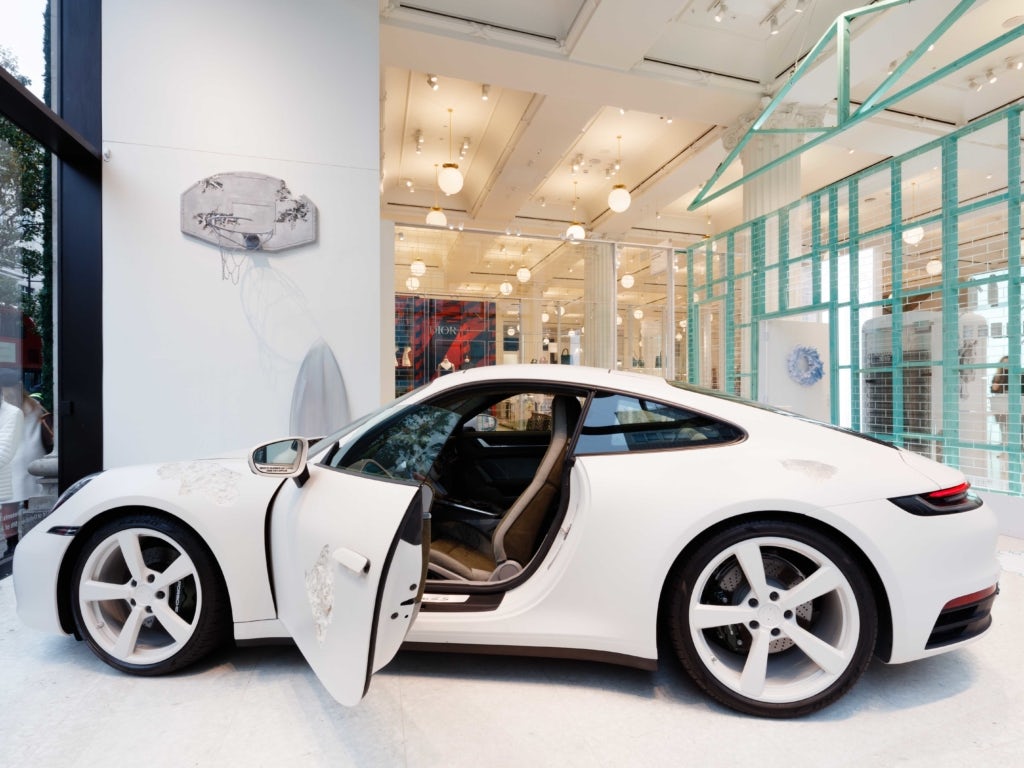 “At this stage it is too early to be able to predict the effect on the wider industry,” said Ida Petersson, buying director at Browns. But she adds that the London-based luxury retailer — known for championing independent designers like Supriya Lele and Chopova Lowena — will only be working harder to stock up-and-coming labels. “It is now more important than ever that we support and nurture emerging brands.”

The risk lies in doing so to a point where a store’s merchandise becomes overly niche. Small designers often benefit from the halo effect of the big brands around them on the shop floor.

For Piazza, this reconfiguration is welcome and likely to continue as the pressure to go direct-to-consumer weighs on established labels. Generally, smaller and newer brands have been more adept in shifting to (or starting from) digital. “There will be many more opportunities to fill the gap that will be left from this DTC shift,” he said.

A youth-centric strategy has allowed Selfridges to defy an otherwise industry-wide decline among its ilk, which has particularly plagued American peers like Macy’s and Neiman Marcus. “You’ve got a situation of generally too much space, too much capacity, chasing relatively few dollars and a lot more competition,” said Sageberry Consulting’s Dennis.

You’ve got a situation of generally too much space, too much capacity, chasing relatively few dollars and a lot more competition.

For Galeries Lafayette, the new store has had some success in attracting a new clientele: while other outlets (including its Boulevard Haussmann flagship) draw tour groups to shop floors, the Champs Elysées outpost welcomes mostly individual, Instagram-savvy tourists keen to scope out niche retail destinations. Working with independent designers has also brought more flexibility into the group’s business model and allowed it to test strategies and brands to roll out across its wider store network.

But the Champs-Élysées venture also highlights the risks of taking a singular approach. Darricarrere noted that the store isn’t yet profitable and that the business will be working to find the right blend of leading brands to smaller players. “It’s all about balance. Champs-Élysées was a big experiment. Now we have to [strike the right balance] to make it profitable.”

The Risks of Going Niche

While some shoppers expect multi-brand retailers to introduce them to a wide curation of unknown brands, many still expect and wish to find ubiquitous luxury and mass-market names when they shop. Ultimately, tried and true brands still boost a retailer’s bottom line.

“Big brands pay a lot of the bills,” said Dennis. “The up and coming brands, in some cases, are just the garnish.” He noted that many a household name — such as Manolo Blahnik and Christian Louboutin — started working with retailers as up-and-comers, but designers that grow from the five or ten million dollar mark to generate hundreds of millions in annual revenue are now few and far between.

Retailers that find the sweet spot between in-demand mainstays and newcomers will thrive, but these businesses likely already benefit from a strong buying team and engaged customer to begin with. “There’s a little bit of a chicken and egg thing going on,” said Dennis. He recommended stores adopt an aggressively experimental mindset to test out new business models and brand curations, but somehow refrain from shifting their offering abruptly to avoid alienating existing clientele. If this sounds like a tricky balance, it is.

Big brands pay a lot of the bills. The up and coming brands, in some cases, are just the garnish.

On the flipside, younger designers who are often accustomed to meeting smaller orders from multi-brand retailers, could struggle to suddenly support demand for higher quantities from department stores.

Piazza noted that it will be more important than ever for designers to work on operational efficiency, from building sustainable production relationships to negotiating workable deposits.

As the likes of Selfridges and Galeries Lafayette focus on making their stores experiential destinations — featuring food courts, cinemas and the like — fashion brands worth their salt will need to step up to compete for valuable floor space.

“If they’re not able to deliver an industry standard on delivery, payment terms and production, it’s safer [for the retailer] to open a café.”