MINNEAPOLIS, United States — In early 2017, Target began overhauling its in-house brand strategy, introducing new concepts in just about every category: 14 new brands in all, including limited-edition collections from Victoria Beckham and Hunter. The hope is that labels with greater personality will differentiate Target from its biggest competitors, Walmart and Amazon, helping the Minneapolis-based “cheap and chic” retailer sustain growth in the cutthroat battle for consumers.

This summer, Target is launching another three brands in a play to win over one of the most discerning consumer groups of all: Gen-Z and young millennial shoppers aged 13-24. “When we think about Gen-Z, that’s really the future of our business,” said chief marketing officer Rick Gomez. “And in the short term, it’s a growth opportunity.”

The three new brands stretch across multiple product categories. There’s Wild Fable, a line of ultra-trendy fashion and accessories targeting young women — think cut-off shorts and ditzy floral skirts — that is positioned to compete with the likes of Forever21 and Charlotte Russe. Available in sizes 0-26, with prices topping out at right below $40, it’s set to hit stores in early August 2018. Young men’s line Original Use, also dropping in early August, will follow the same sizing and pricing approach: everything is under $40 and available in a full range of sizes (including big and tall). Heavily streetwear-inspired, the line-up includes bomber jackets, cross-body bags and tracksuits. 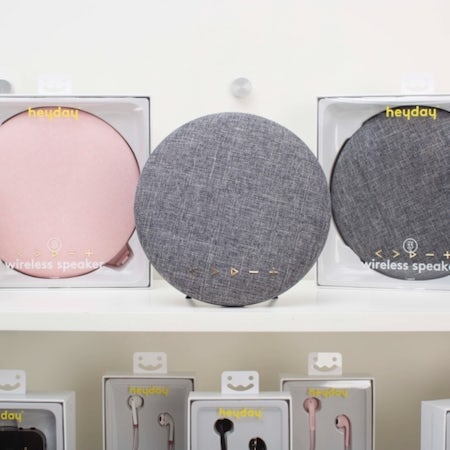 In start, though, Target will release its first-ever branded electronics range. Heyday arrives in stores in early June and features both products and accessories, including highly stylised headphones, speakers and cases in punchy colours and prints.

Target’s revamped brand strategy, for which it swapped out broad-sweeping labels like Mossimo and Merona for more segmented brands that reflect different lifestyles and aesthetics — including multiple fashion, activewear and home brands — has yielded what the company views as positive results. In 2017, sales were nearly $72 billion, up from $69.5 billion a year earlier. (In apparel, the category where most of these brands sit, sales were over $14 billion, up from $13.8 billion in 2016.)

The upward trend has continued in the first quarter of 2018, when overall sales were $16.8 billion, up 3.4 percent from $16.2 billion last year, with store foot traffic up 3.7 percent. Sales at stores open at least one year were up 3 percent, and digital sales were up 28 percent, on top of 21 percent a year ago. The company expects same-store growth to accelerate in the second quarter of this year.

In this week’s earnings announcement, Target chief executive Brian Cornell attributed improved performance to the changes implemented over the past 18 months: “We are seeing multiple drivers of the recent acceleration in our performance from our investments in stores, supply chain, new brands and our team...," he said Wednesday, referring to the $7 billion the company pledged to spend on upgrading the business over the course of three years. "Everything is contributing to our success and our guests are responding.”

Analysts say consumer response to the new lines has been relatively positive, although there is still some resistance from those who relied on the now-defunct, more mass-appeal brands for staples like T-shirts. “I don’t think it’s an instantaneous, ‘I love this,’ reaction,” said A Line Partners’ Gabriella Santaniello. “Brands like Mossimo and Merona had quite a following, and it’s hard to break the customer of a habit. However, it has gone better than I thought it would, and the customer is adapting.”

Target has done plenty to try and compete with Amazon, from offering next-day delivery online to streamlining logistics around in-store replenishment. But it is betting heavily on apparel to boost business. In fashion, Target has an advantage over its less aesthetic-minded competitors. “Amazon has yet to get apparel right,” says Laura Kennedy, a vice president at Kantar Retail. “That’s why Target is going after apparel and home, to give customers a reason to come to the store. The big open question is whether apparel is enough.” 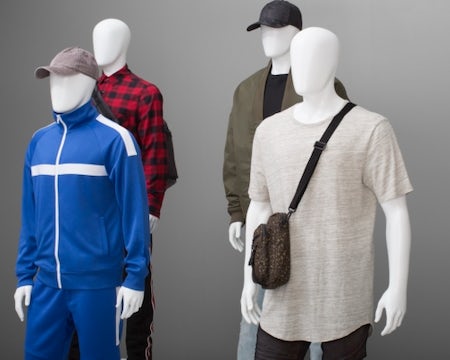 Given the iterative nature of Target’s process — brands are conceived and tested fairly quickly — the company should presumably be able to identify and kill underperformers with speed, while fuelling resources to those labels that gain traction. But Target insists that, so far, none of its pilot brands have failed. “We haven’t had anything go clunk,” said chief merchandising officer Mark Tritton. “If anything, our biggest challenge has been in underestimating demand. So, we’re working on improving forecasting.”

Teenagers, however, are fickle. “With this segment comes a pretty healthy dose of skepticism,” said Gomez. That's why the launch of Target’s new Gen-Z brands may constitute its riskiest rollout to date, especially given the buying power of young consumers, who spend $44 billion a year on themselves and influence another $600 billion in spending by others, according to Mintel.

Given the iterative nature of Target’s process the company should presumably be able to identify and kill underperformers with speed.

Target does have a leg up. The median age of its customer is 40, and 49 percent are between the ages of 18 and 44. Higher than both Walmart (39 percent) and Amazon (42 percent). But getting the product and its presentation right are critical. “We found in our research is that this customer really likes to shop in-store,” said Gomez, perhaps riffing on a 2017 PricewaterhouseCoopers survey suggesting that 81 percent of those aged between the ages of 13 and 21 prefer shopping offline to online.

“These kids are probably in the stores because they’re with their moms,” Santaniello said. “If you’re at a mall, you have to make an effort to go into a Hollister or a Forever 21. At least Target is one-stop shopping. If you’re already in the store, this gives them something to do while their parents are shopping for groceries.”

Target has long been known for its retail theatre: graphic, poppy product displays framed in its signature red; good lighting; clean, wide aisles that tend to remain fairy neat and organised. To add an element of storytelling to the physical retail experience, Tritton and Gomez are cross-merchandising displays, bringing in product from other areas of the store, such as beauty or home. “A four-way rack of tops and bottoms is not going to cut it,” Tritton said. “We’re creating more of a discovery moment.”