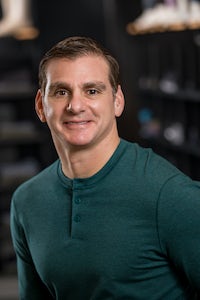 Patrick Guido is stepping down as chief financial officer of Lululemon effective May 8 after two years in the role, “in order to assume a leadership position outside of the apparel industry,” according to a company statement. Lululemon has begun its search for a successor. In the interim, Meghan Frank, senior vice president, financial planning and analysis, and Alex Grieve, vice president and controller, will lead the finance team and report to Chief Executive Calvin McDonald.

American Eagle Outfitters has promoted Mike Mathias to executive vice president and chief financial officer with immediate effect. Mathias, who was previously senior vice president and head of financial planning and analysis, reports to Chief Executive Jay Schottenstein in his new role. He replaces Bob Madore, who is leaving the company but staying on in a senior advisory role through September 2020.

Boohoo Group has added Kath Smith, former EMEA general manager for The North Face, to its board as an independent non-executive director effective May 1. Smith also sits on the board of JD Sports, and has previously sat on the boards of Adidas UK, Adidas Ireland and Reebok Ireland.

The company also announced that Sara Murray will step down as non-executive director, with Deputy Chairman stepping in to fill her positions as nomination committee chair and senior independent director.

Athleisure brand RYU has appointed Cesare Fazari chairman of the board and chief executive with immediate effect. Fazari, a founding partner of commercial construction firm Northwood Developments and a significant investor in RYU, initially stepped in as interim chief executive to replace Marcello Leone in early March. Leone retained his seat on the company board during the transition and was made executive chairman, but has now resigned. The company also announced that Martino Ciambrelli has also resigned as director of the company.

John Barton, current chairman of budget airline EasyJet, is joining Ted Baker as non-executive chairman of the board, effective July. Barton replaces David Bernstein, who, along with Chief Executive Lindsay Page, stepped down in December last year following a tumultuous period for the company. Sharon Baylay will stay on as acting chair until Barton’s appointment.