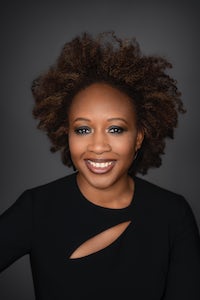 Tiffany’s chief merchandising officer, Pamela Cloud, is stepping down after 25 years at the company, effective November 26. She will stay on to assist in a transitional period until July 31, 2020.

TechStyle Fashion Group has named Daria Burke the first chief marketing officer of JustFab. Burke joins the company effective November 19  from Facebook, where she held a leading role in fashion and retail advertising partnerships. She reports to Laura Joukovski, president of global fashion brands at TechStyle.

Daniela Rinaldi has resigned as chief operating officer, a role she shared with Manju Malhotra, who will retain the position on his own. Rinaldi joined the company 35 years ago, working her way up until she was appointed to the board in 2009 and became co-chief operating officer at the start of 2018.

Tara Simon, senior vice president of prestige merchandising, is leaving Ulta Beauty after more than seven years at the company.