From Kuala Lumpur to working with Katie Grand, the surrealist Malaysian-Chinese photographer’s rise is a testament to fashion’s shifting centre of gravity.

From Kuala Lumpur to working with Katie Grand, the surrealist Malaysian-Chinese photographer’s rise is a testament to fashion’s shifting centre of gravity.

Images by Zhong Lin from Project 365, where the photographer created an image a day for a year. Zhong Lin.
Workplace & Talent
Share
Comment
BoF Professional Exclusive
By Zoe Suen April 28, 2021 04:20

For Zhong Lin, April 22 was a milestone marking the end of Project 365, a challenge the Malaysian-Chinese photographer set herself a year ago while grounded in Taipei due to the pandemic: create one of her surreal dreamscapes and portraits each day for 365 days.

Today Lin is still in the Taiwanese capital and her final image — eight models sharing a cape of red cloth, heads extending above what looks like sheer desert dunes — was taken at Taipei’s Baishawan beach.

“I like the surreal, the out-of-reality,” said Lin, who was based in Kuala Lumpur until deciding to stay put in Taiwan, where she had travelled to for a job just before the pandemic hit. “I love that photography helps you escape reality and build your own world. 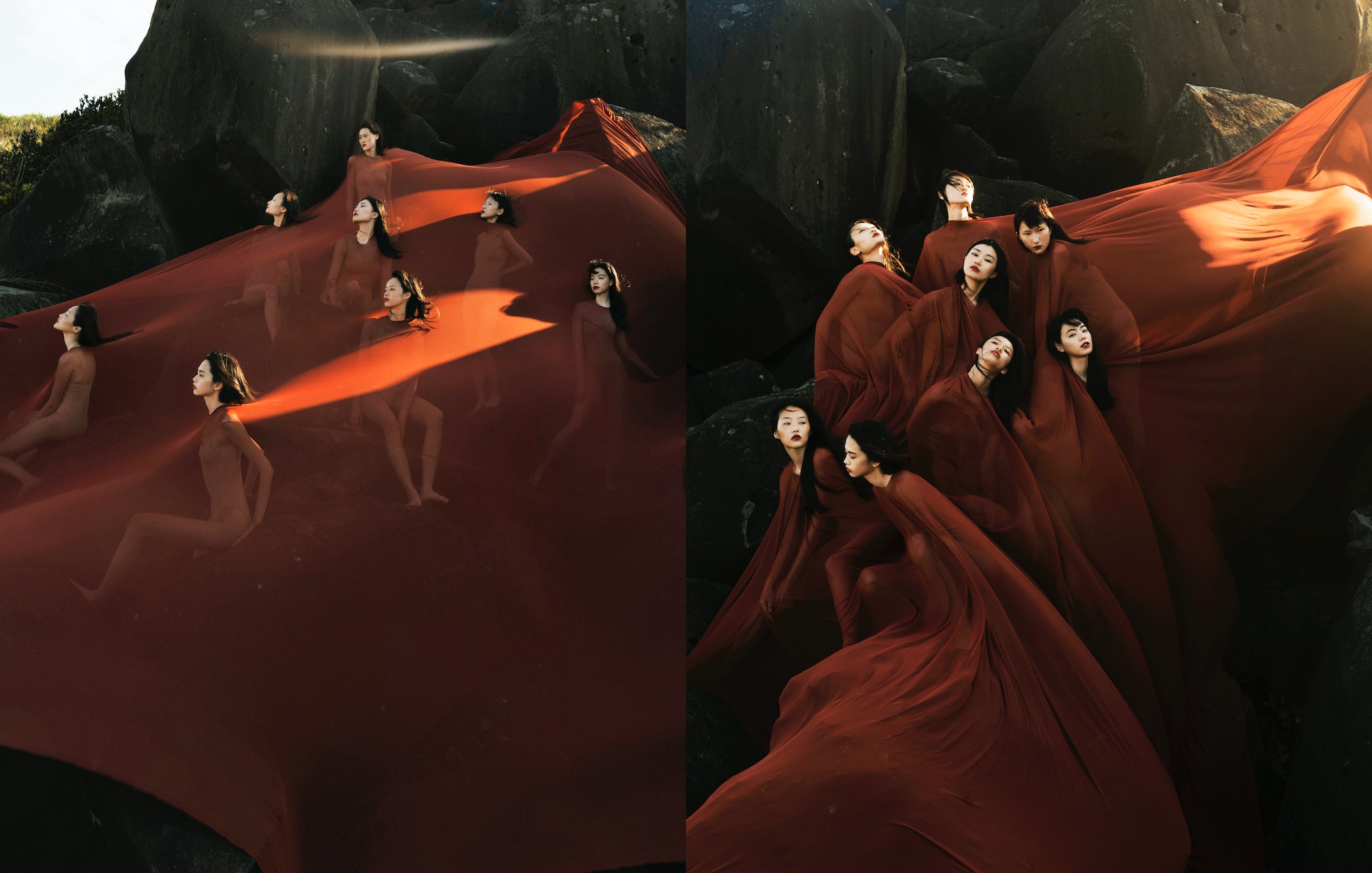 On Lin’s Instagram feed, where Project 365 appears, her images contain everything from volcanoes (day 359) to lazy susans (day 336). Water hangs off faces in droplets (day 27) and submerges human “goldfish” in glass bowls (day 325). Paint, flowers and hair are used to beautiful, if unnerving, effect.

Many of her eerie yet magnetic creations are inspired by Japanese master Junji Ito’s macabre manga works: images such as “Snail Girl” (day 250) recall by Ito’s Tomie series, whereas “Couch Potato” (day 332), in which a model’s body is fused with an armchair, references the mangaka’s adaptation of Edogawa Ranpo’s short story The Human Chair.

Project 365 was a major undertaking. Besides pushing Lin to conjure up and execute fresh concepts each day — in most cases, the shooting, post-production and publication of each image happened within an hour and a half — it forced her, a self-proclaimed social media luddite, to engage with the medium. 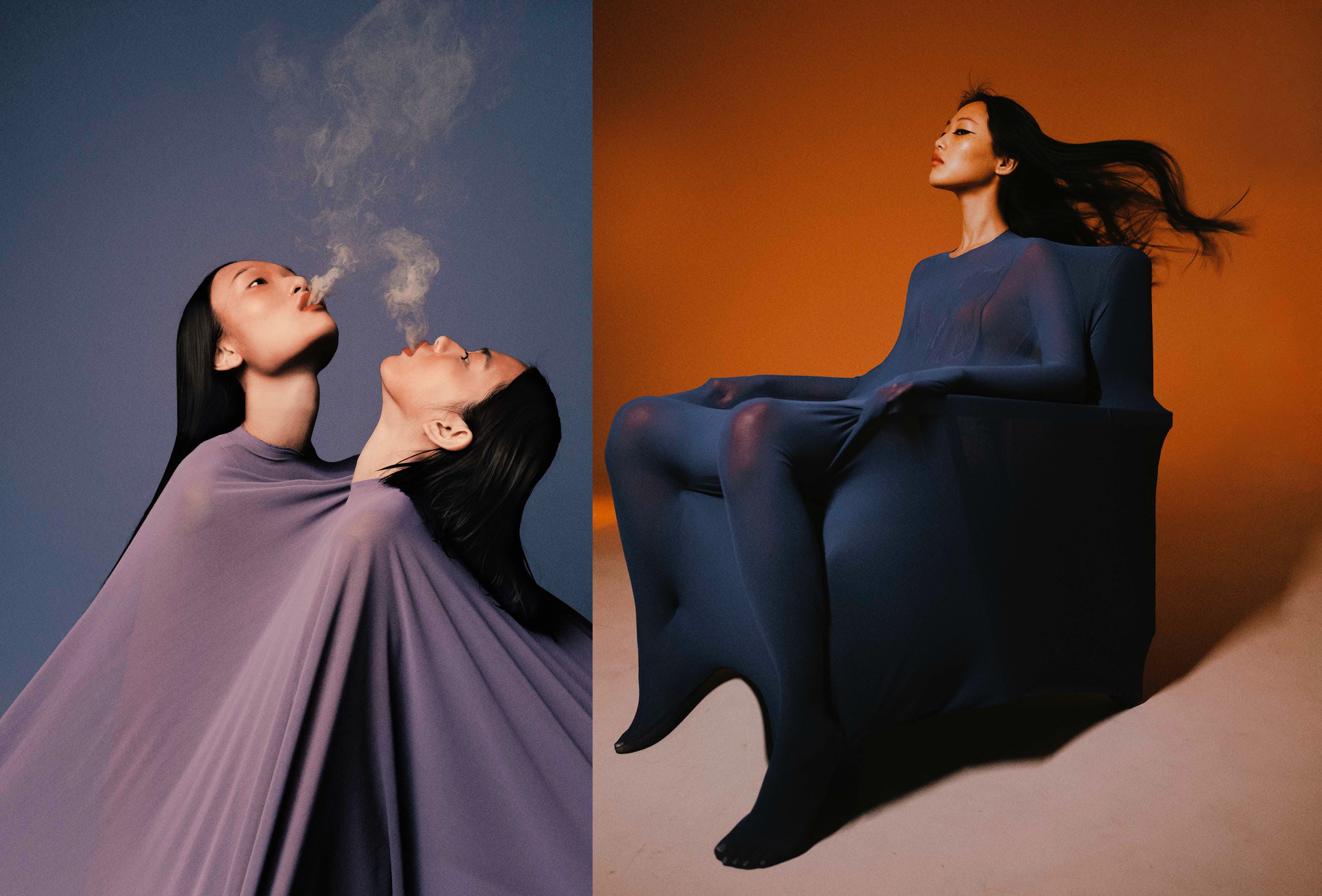 It’s been about a decade since Lin turned to photography. She has since become a master at combining the human (warm skin tones, subjects young and old) with the artificial or even alien (false eyelashes, charcoal grey mounds of foam, viscous metallic paints).

Lin uses a mix of physical materials and Photoshop to realise her concepts, but doesn’t do much digital post-production. The water droplets that feature in her work, for example, are not rendered digitally, but physically, in collaboration with makeup artists and her “most trusted assistant” Big Wang.

“Every single image she’s produced is inspiring,” said Katie Grand, who recently commissioned Lin to shoot a story for the debut issue of The Perfect Magazine inspired by the limbo between being awake and being unconscious. “Her work really asks the viewer to question what they’re seeing… her pictures really draw you in, you don’t just skirt over them.”

Lin’s work has also been featured by the likes of British Vogue, Vanity Fair and W Korea, though she maintains a relatively low profile. “Nowadays with social media, everything is more transparent and easily accessible,” she said. “I find keeping certain things mysterious very appealing.”

Born in a small town in Malaysia, Lin studied advertising at university in Kuala Lumpur, her home base before Covid-19 hit. She began experimenting with photography after being exposed to film cameras and dark rooms during an art class. But after graduation she struggled to find work and develop a signature style. “Sometimes it feels so impossible because you come from a small town in Malaysia,” she said. “It was really hard, but eventually I pulled out my own style without realising it.” 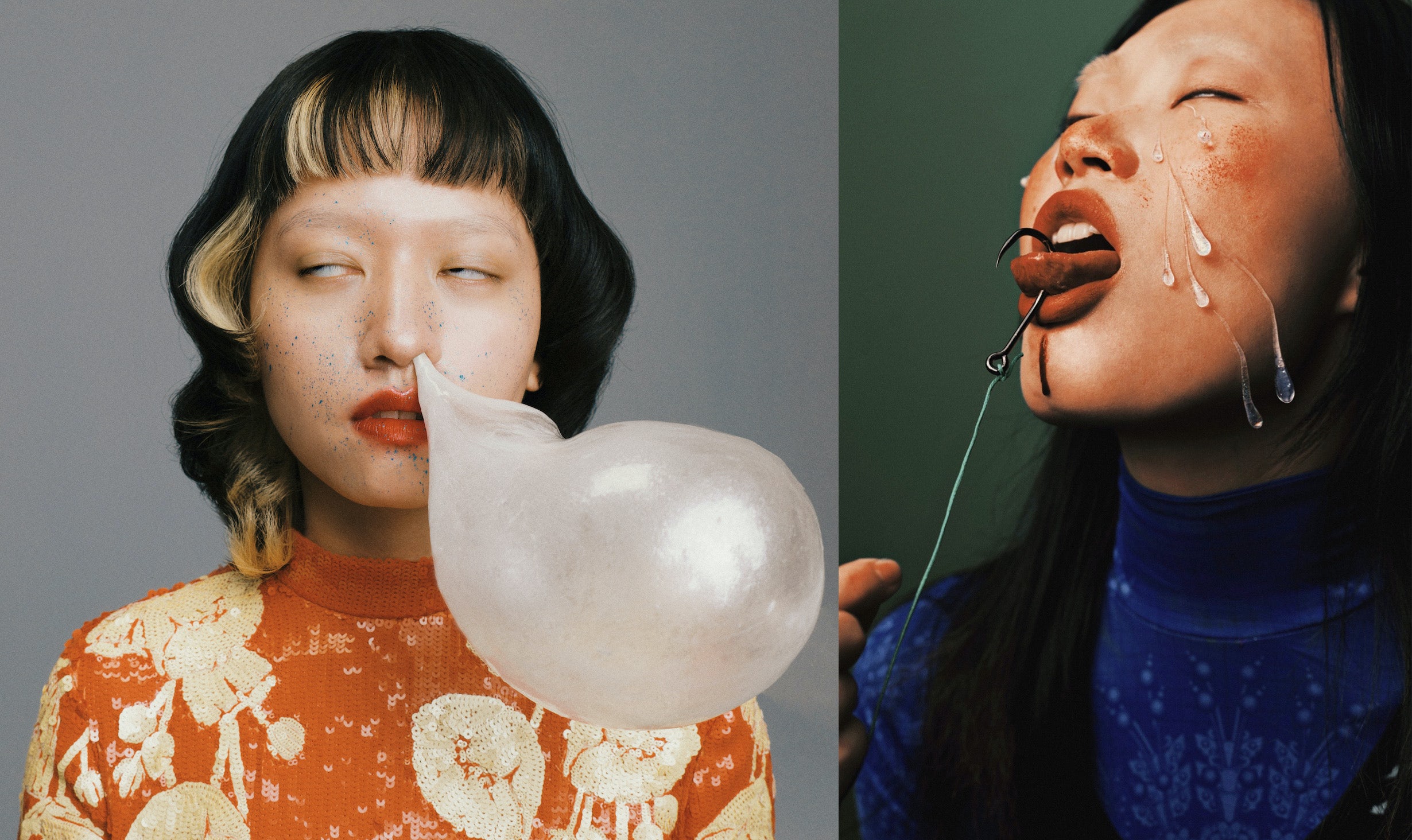 But Lin’s ascendence is proof that budding fashion creatives may no longer need to move to the world’s Western fashion capitals to succeed. Her surreal aesthetic has since opened up doors in neighbouring markets like China, where Lin is one of many fashion creatives — including the likes of photographer Leslie Zhang and stylist Audrey Hu — drawing eyes to the country’s burgeoning domestic fashion industry while bringing Asian faces and motifs to legacy publications and social media feeds.

Lin thinks the pandemic has strengthened Asia’s creative scene, forcing artists to slow down and giving them space and time to incubate stronger ideas. And, for the photographer, Project 365 has been a vehicle for building a stronger network of local collaborators. After word spread that she was taking on the challenge, Lin was approached by stylists, hair and makeup artists offering to help out at shoots “just for the sake of creating a beautiful image.”

She urges other photographers to try Project 365 for themselves.

“You should try it at least once in your lifetime. I would never do it again.”