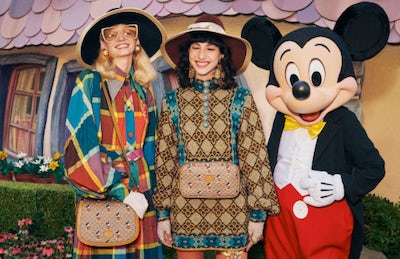 Fashion brands increasingly go all-out for the Lunar New Year, counting on big spending both in China and the West over the holiday, which started on Jan. 25 but extends through this week in China. The Year of the Rat provides a bigger-than-usual opportunity, allowing for easy Mickey Mouse tie-ins that conveniently appeal both to Chinese tourists and Western audiences. Gucci is partnering with Chinese influencers and celebrities to promote bags featuring the world's most famous rodent. Uniqlo and many, many other more-affordable brands have mouse and rat-themed capsule collections of their own.

The question now is whether that spending will materialise. The rapidly spreading coronavirus, which had infected hundreds, has cast a pall over the upcoming holiday. China's government has placed travel restrictions on cities at the centre of the outbreak, limiting mobility for up to 35 million people. Many others may choose to avoid public places, including shopping malls and luxury boutiques.

The Bottom Line: It's early days, but the outbreak is already drawing comparisons to SARS, which resulted in the death of hundreds in 2003. That virus’ economic impact was short-lived, though at the time China didn't play as big a role in the global economy, and certainly wasn't the principal driver of growth for fashion and beauty brands that it is today. 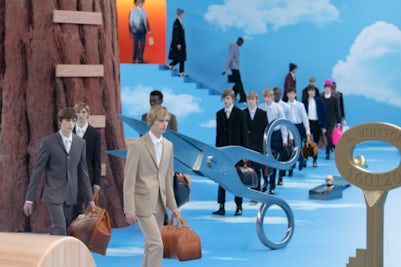 LVMH's acquisition of Tiffany has reignited M&A rumours, whether it’s a potential Kering-Moncler tie-up or guessing which conglomerate might snap up Prada (assuming the company is even for sale), or wild speculation about a potential mega-merger between Chanel and an equally large rival. Expect none of that talk when LVMH updates investors with its fourth-quarter results on Tuesday; the company is so big, and its success so consistent, that it rarely needs to acknowledge the competition these days. Instead, look for clues about its plans for Tiffany. Many assume LVMH will apply its historic strengths in marketing and in-store experience to the US brand, which could use help on both fronts.

The Bottom Line: LVMH’s eternal optimism about its sales in Asia will be tested by the coronavirus and continued turmoil in Hong Kong. Louis Vuitton was one of the first global brands to close a Hong Kong store since protests began last year, effectively an admission that the city's retail sales are unlikely to bounce back anytime soon. 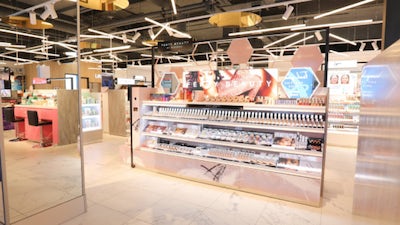 Beauty is one of the few categories where maintaining a robust brick-and-mortar presence is still a top priority. For Huda Beauty, that role has been fulfilled by Sephora, where the brand is a strong seller from Dallas to Dubai. But in UK, one of the few major markets where the LVMH-owned beauty retailer doesn’t operate, customers must make the trek to Selfridges to test out the New Nude eyeshadow palette or liquid matte lipstick. Enter Boots, with 2,500 locations across the UK, which in that country plays Sephora’s role as a make-or-break stockist for beauty brands. Though drugstores have a downmarket image in the US, Boots has worked to normalise the idea of shopping for prestige brands a few aisles over from the cold medicine. By upgrading its beauty aisle and signing on Fenty and Huda, Boots is protecting its share of the £20 billion ($26 billion) UK beauty market from fast-growing mini-chains like SpaceNK, as well as Harrods and other department stores looking to supersize their beauty sales.

The Bottom Line: American readers can see the difference between how US and UK drugstores approach beauty by comparing the Instagram feeds for Boots and Walgreens. Though owned by the same company, the UK chain's feed is indistinguishable from Sephora's or Ulta's, while the US retailer is as likely to tout Halloween candy or Christmas ornaments as lipstick or eyeshadow.