BEIJING, China – Glitzy SKP Mall has long been a hub for luxury brands in China’s capital city. But luxe inhabitants like Louis Vuitton, Gucci, Valentino, Dior, Burberry and Balenciaga have recently been joined by an unconventional new neighbour.

A flock of animatronic sheep, complete with simulated breathing and bleating, are moving in as part of an installation called “Future Farm” within the soon-to-open SKP South Hall (SKP-S). The new four-floor section will focus heavily on experience, with art installations from contemporary Chinese and international artists aimed at luring shoppers away from their screens and into a physical retail space where they can also discover and purchase products. Gentle Monster Chief Executive Hankook Kim helped design Future Farm's rustic interiors and mechanised sheep; elsewhere, a robotic arm 3D-prints a statue and a room is lit to look like Mars — rover and all.

Many of the installations on display have been produced in conjunction with the South Korean glasses-makers known for creating retail spaces that could be mistaken for contemporary art galleries.

“[SKP] chose us as their partner rather than a professional interior design firm because we are good at experiences and that’s what SKP-S wants to be,” Gentle Monster's Kim said at a media preview at the start of December.

SKP-S is the next step in SKP’s transition from traditional mall to modern retail destination, underway since 2013. Despite consistently ranking as one of the most profitable shopping spaces in China, the retailer acknowledges the importance of curation to driving visitor numbers — creating a destination interesting enough to tear consumers away from the convenience of shopping online.

The focus on experience, curation and culture has proved popular with younger Chinese consumers in tier one and two cities.

SKP-S is facing e-commerce competitors head-on with a December 12th opening date that coincides with one of Alibaba’s lauded shopping festivals. (The “Double 12” festival was created in 2014 to diversify sales events, following on from the massive Singles’ Day event on November 11, called “Double 11” in China).

The explosive growth of smartphone-enabled online shopping in China over the past decade has upended the retail industry and reconfigured consumption patterns. As much as 23 percent of China’s $5.61 trillion of retail sales last year took place online, according to data from Oliver Wyman. Singles’ Day 2019 was a record-breaker, with Alibaba platforms hitting 268.6 billion yuan ($38.4 billion) in gross merchandising value (GMV) over the sales period.

But the evolution of major Chinese brick-and-mortar retailers towards cultural destinations with cutting-edge digital features is driving a noticeable shift back to physical stores, according to McKinsey & Company, who have released a new study showing that 88 percent of the online apparel consumers surveyed had shopped in physical stores in the past three months, compared to 83 percent in 2017.

The focus on experience, curation and culture has proved popular with younger Chinese consumers in tier one and two cities, for whom “da ka” — must-post social media moments — are a vital cultural currency that communicates sophistication to their peers. 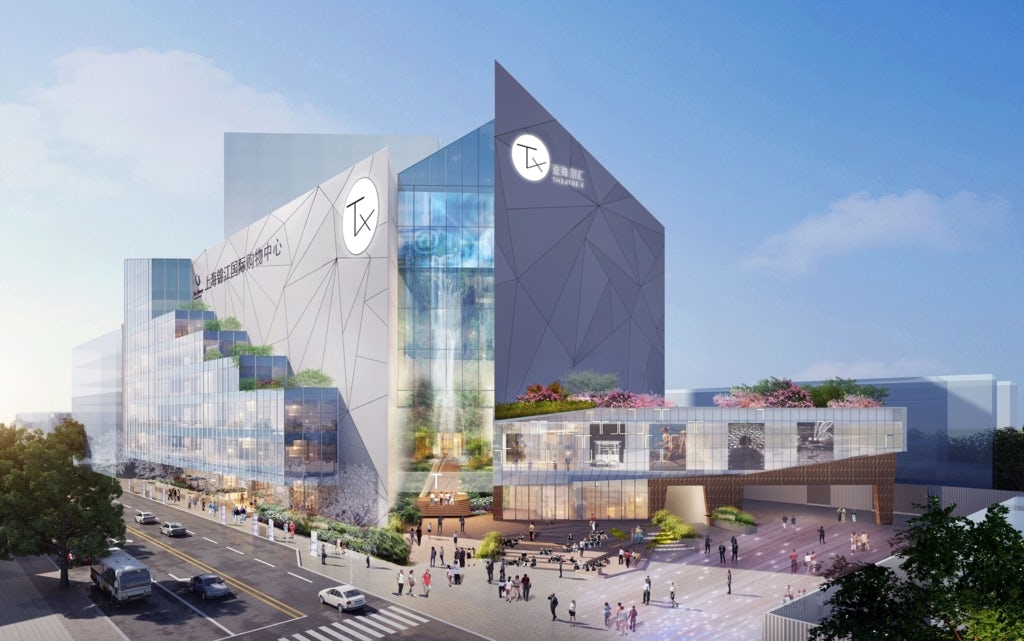 Also due to open in December is a major new curated retail project in Shanghai’s Huaihai Road shopping thoroughfare. Dickson Sezto, TX Mall founder and self-proclaimed inventor of what he is calling the “curetail” concept, told BoF China that the site will forgo the traditional marble tile and crystal chandeliers of China’s high-end malls and will instead be “full of giant digital screens.”

“We want to feature young artists who are a little bit crazy,” Sezto said. “I want to use a lot of installation art, avant-garde art, contemporary art, and digital art. People who come to TX may look at the art specifically, or they may come to eat, drink, and have fun, but those two activities are not separated.”

TX Mall will feature a rotation of brand pop-ups changing every three months (similar to an art gallery’s rotation of exhibitions) in a bid to keep up with young consumers’ desire for newness.

“If I give a brand three years of space, I am taking a risk, but they are also taking a risk, so pop-ups are the best model for both parties,” Sezto explained. “If the sales of the brand fail to meet the standard after two months, we will rotate them out [but] if the sales performance is stable and good, then they will be moved to a two-year store accordingly,” he added.

So-called “art malls” are not a new phenomenon in China, with the first iteration of Adrian Cheng’s K11 art malls opening in Hong Kong in 2010. Having already opened art malls in Shanghai, Wuhan, Shenyang, and Guangzhou, K11 now has a total of 29 projects set to be completed by 2024.

It’s no longer enough for China’s malls to be shopping destinations.

“K11 has always been different, it has always had a cultural mission,” Cheng told BoF, adding that in this new era of physical retail, content will be king. “We have content, we are not just a space.”

Though he agrees that content is important, TX Mall’s Dickson Sezto cautions that it alone won’t be enough to maintain a flow of consumers; the integration of art into the physical retail environment must be done right in order to translate to more than social media buzz.

It’s no longer enough for China’s malls to be shopping destinations. The digital world may have increased competition from online retail, but it has also presented an opportunity in the form of social media; China’s 855 million digital citizens need content to power their own social media identities.

When done right, interactive and engaging art installations can be a convincing draw for luxury retail properties looking to attract a young, digital and culturally-engaged generation of Chinese consumers. 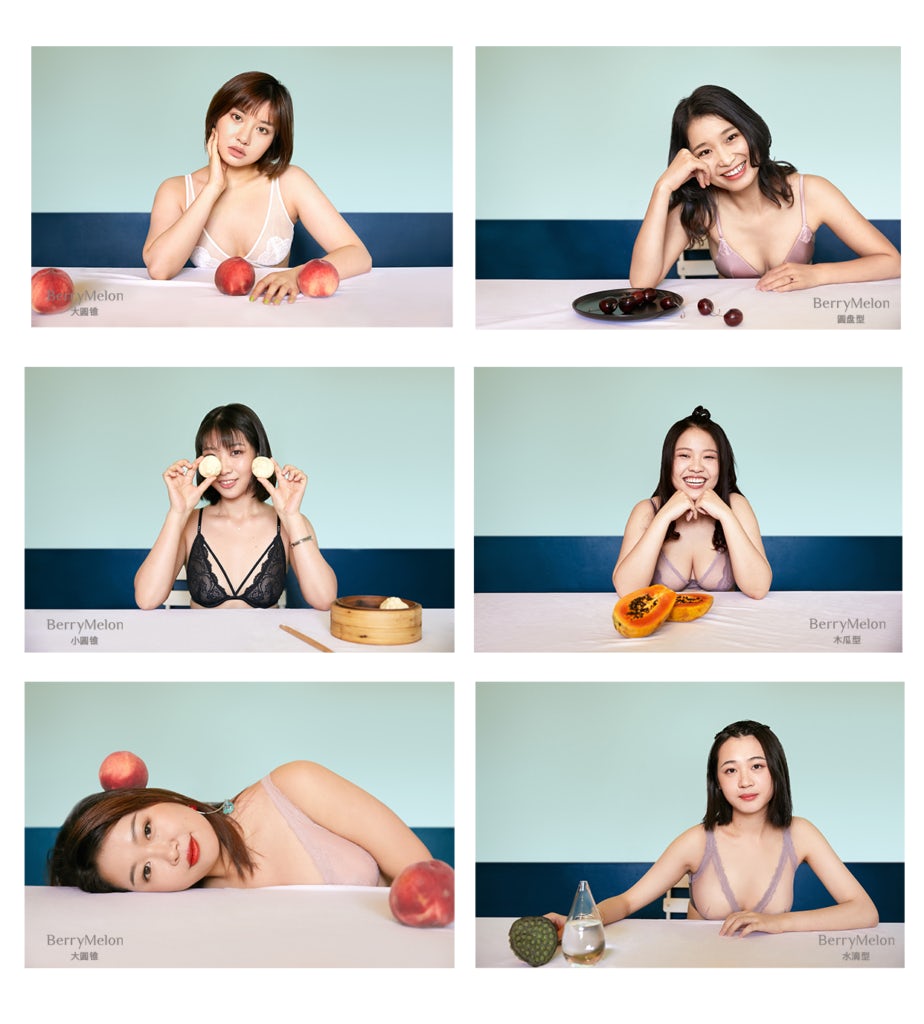 Chinese lingerie brand BerryMelon is now the beneficiary of a 10 million yuan ($1.4 million) pre-A financing round from Taiwanese tech giant Foxconn. Digital-first BerryMelon — a brand that aims to make bras that fit Asian bodies better — started with made-to-measure products before launching ready-to-wear lines based on average measurements provided by its (predominantly Chinese) customers. China’s underwear market was valued at 200 billion yuan ($28.34 billion) last year, with a 20 percent annual growth rate and a fragmented market share in which the top ten brands only account for just over 10 percent of sales. (36kr.com)

Shanghai Tang Returns to its Roots

Male Beauty Influencers in Continue to Trend in China

The trend for male beauty influencers started with Li Jiaqi (Austin Li), China’s “lipstick brother,” who recently hosted a marathon five-hour Taobao Live event to hype this year’s Singles’ Day. Austin’s Taobao livestreams and short videos on Douyin (where he has about 17 million fans) has built his credentials among his young audience. He is a symbol of the growing embrace of male beauty products, but is also hugely influential among women — 81 percent of Austin’s Douyin followers are female. A new generation of male beauty bloggers is emerging (many from short video and gaming platform Bilibili), including Benny Dong, better known as “Benny Bitch,” Song Yewen, Fang Junping, and Wang Yuepeng. (ParkLu) 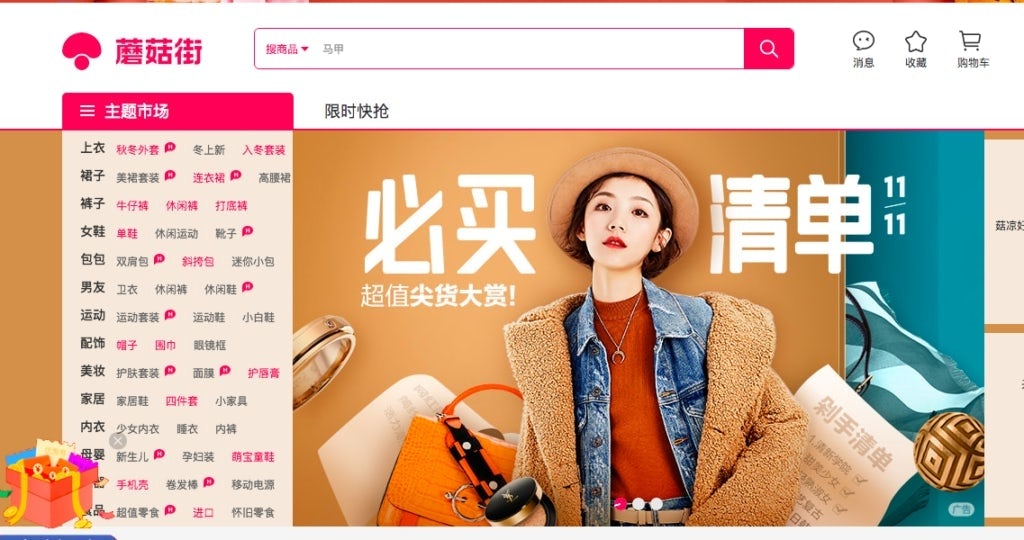 Mogu has seen revenues fall since its IPO | Source: Courtesy

A working group tasked with drafting a national standard for facial-recognition technology has been formed, comprising 27 Chinese companies including artificial intelligence giant SenseTime, Tencent, Ant Financial and Xiaomi. The participants offer experience and insights into facial-recognition technology, from research and product development to management and application, group leader SenseTime said, though a company spokesperson added that it hasn’t yet been determined whether the standard will be legally binding. (SixthTone) 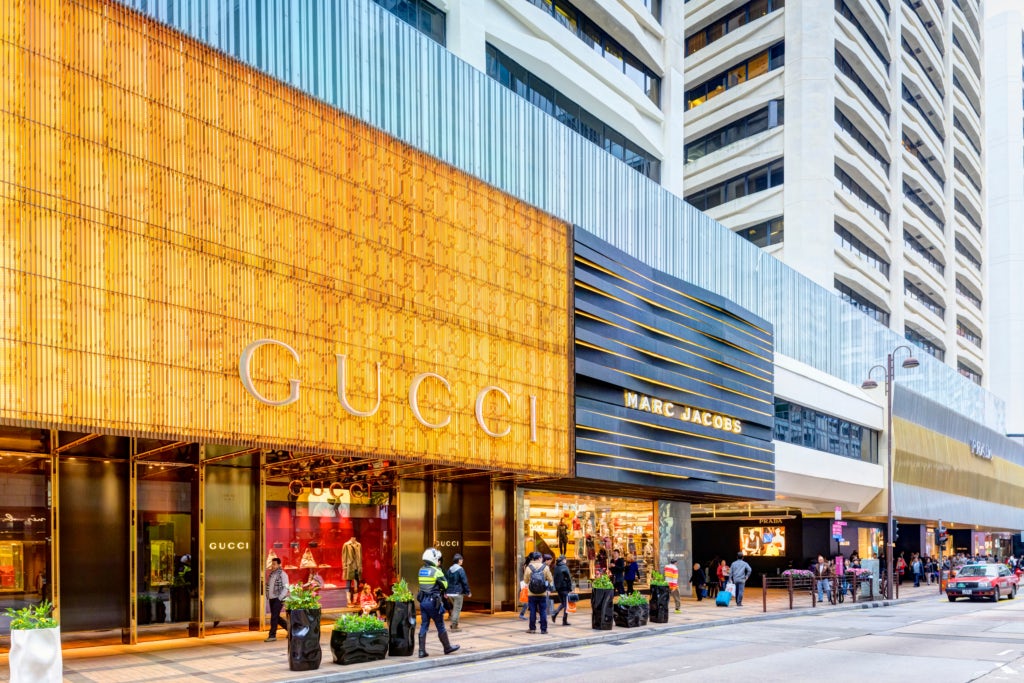 A number of the roughly 1,000 luxury brand stores in Hong Kong are likely to start shutting, including some permanent closures, according to consultancy Bain. The Special Administrative Region’s luxury sales are likely to drop to €6 billion in 2019, down from a peak of €10 billion in 2013, its data shows. This would mean a city that once accounted for around 5 percent of global sales is now closer to 2 percent. Despite China’s economic slowdown, mainland shoppers continue to spend heavily on luxury. Chinese shoppers now make up 35 percent of all industry sales and they are on course to account for 90 percent of luxury growth this year. (Reuters)

Alibaba’s Offline Retailer Gets into the Mall Business

Alibaba’s chain of “new retail” Hema supermarkets have been expanding rapidly across China, with 171 outlets as of August this year expected to grow to 2,000 by 2022. On November 30, Hema also opened its first mall, Hema Li, in Shenzhen, which has been dubbed a “community mall” due to its focus on eating, clothing, living and transportation. The centre covers 40,000 square metres, half of which is retail. Nearly 60 brands have entered Hema Li, including Uniqlo and a Huawei experience store. Hema’s supermarkets reportedly make about four times more revenue per square metre than other supermarkets because of their smart use of data. Mall developers in China will be waiting to see whether that success will be replicated beyond fresh goods. (China Skinny)

Deal activity in China’s retail industry rose 33.3 percent during the third quarter when compared with the previous four-quarter average, according to GlobalData’s deals database. A total of 44 deals worth $1.4 billion were announced in the three months to September, compared with the last four-quarter average of 33 deals. Top retail deals tracked by GlobalData for the quarter included 58.com and Tencent Holdings’ $300 million venture financing of Zhuan Zhuan, the $260 million acquisition of Qinghuangdao Maoye Department Store by Maoye Commercial and KKR’s $200 million venture financing of Furong Xingsheng. (Inside Retail Asia) 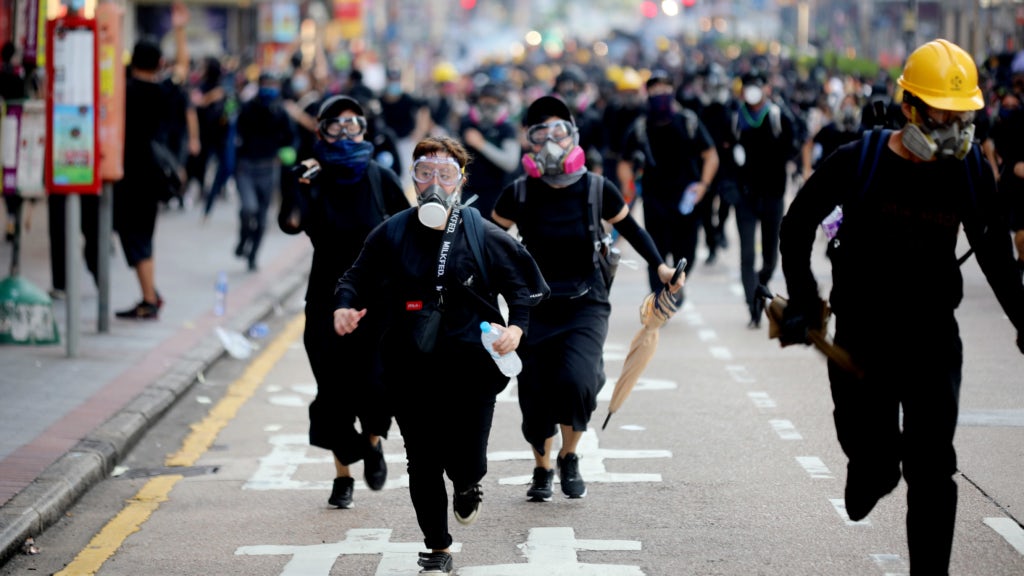 China’s Response to US Legislation on Hong Kong

China will suspend visits to Hong Kong by American warships and impose sanctions on several US-based NGOs in retaliation to legislation signed by President Trump that authorises sanctions on Chinese and Hong Kong officials responsible for human rights abuses in Hong Kong. Chinese Foreign Ministry spokeswoman Hua Chunying denounced the legislation as illegal interference into its domestic affairs. Foreign NGOs have already been subject to growing Chinese government pressure since 2016, when the country passed a wide-reaching law strictly regulating their operations in the country. (The New York Times)

In its annual list of trending terms on China’s internet, magazine Yao Wen Jiao Zi included "qu kuai lian" — the Chinese term for blockchain — and "ying he" (hardcore) within the top three Words of the Year 2019. The former was boosted by President Xi Jinping’s support of the technology in October this year, while the latter is tied to the rise of rap and punk music genres in China. Also making the list were "ning meng jing", or “lemon spirit”, which describes someone bitter in their attitudes and "996" (to work 9am to 9pm, six days a week) which has been a hot topic for months, particularly in relation to the working culture at China’s biggest technology companies. (Radii China)

What Luxury Needs to Know about China’s “Slasher Generation”

China’s latest, coolest identity is the “slasher generation,” referring to those with multiple work identities and the “/” symbol in their title. State-owned Xinhua News adopted the term in a report that put the group at more than 80 million-strong, the majority highly-educated, urban-dwelling millennials. Culturally, the phenomenon demonstrates what Chinese Millennials value – individuality, flexible work hours, and self-entrepreneurship. These values, new to China’s modern history, have important implications for the country’s luxury consumption of tomorrow. Individuality, emotion, purpose, and everything about the self will determine how Chinese millennials choose to spend, as well as to how they choose to work. (Jing Daily)