China Heads Back to Work - But Not to the Mall 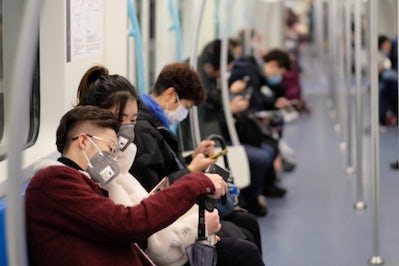 China’s citizens will return to work today, after a week-long, state-mandated extension of the Lunar New Year holiday meant to slow the spread of the coronavirus. The coming days and weeks will either see the epidemic burn out or blossom into a full-fledged global pandemic. Fashion and beauty brands are closing many stores, and seeing foot traffic plunge at shops and malls that remain open. Manufacturing has also been disrupted by the long holiday, and the possibility of further disruptions could accelerate ongoing efforts to shift supply chains out of China.

In recent days, many brands released early assessments of the outbreak's impact on sales. Michael Kors-owner Capri predicts a $100 million hit, while Burberry, one of the luxury brands most dependent on China for sales, has closed about one-third of stores in China and seen its shares fall nearly 15 percent .Estée Lauder Chief Executive Fabrizio Freda said the next couple months are likely to be “very challenging.”

Expect more bottom-line updates this week, including from Gucci and Saint Laurent-owner Kering, which releases financial results on Feb. 12.

The Red Carpet Revolution That Wasn't 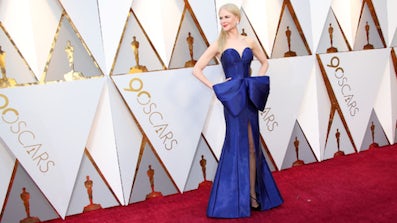 On the red carpet, money talks. How else to explain the return of Dolce & Gabbana, and the lack of traction for efforts to bring sustainability to awards show fashion? Luxury megabrands have the resources to pay stylists and stars to feature their looks, an investment that can discourage risk-taking. Some brands have shown willingness to depart from conventional glamour, as Gucci and Billie Eilish demonstrated at the Grammys. That can even extend to socially conscious causes, such as Joaquin Phoenix using his repeated wearings of a Stella McCartney tuxedo to reduce waste. (Though both the star and designer have come in for some mockery online.) But stars mostly ignored the BAFTAs' call to patronise lesser-known sustainable designers.

The Bottom Line:  For global luxury brands, the unparalleled exposure offered by the Oscars red carpet are for making a statement about their power, not the environment. 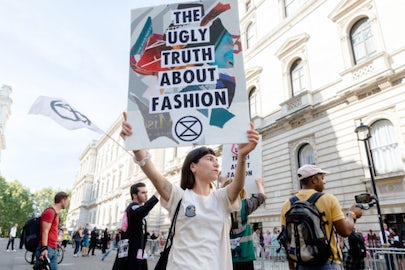 The conversation around New York Fashion Week has been dominated by questions about its very reason to exist, and we can expect more of the same talk in London. Designer defections and the decline of wholesale retail has sapped some of the week's energy. London also has Brexit's toxic politics to contend with, and the pressure campaign by Extinction Rebellion to cancel shows altogether. According to Google, searches for London Fashion week last September were down by nearly 50 percent from five years earlier, and trailed searches for Extinction Rebellion globally. As for the fashion itself, Burberry’s continued evolution under Riccardo Tisci remains the highlight; the brand has said his creations are selling well, though the coronavirus outbreak threatens to derail a China-centric growth strategy.

The Bottom Line: Copenhagen's rebranding around sustainability offers a path forward for other struggling fashion weeks, which must find their own reasons to exist without a critical mass of must-see designers.