This week, everyone will be talking about Amazon Prime Day, efforts to revive US economic stimulus negotiations and Uniqlo owner Fast Retailing's expansion plans. Get your BoF Professional Cheat Sheet.

This week, everyone will be talking about Amazon Prime Day, efforts to revive US economic stimulus negotiations and Uniqlo owner Fast Retailing's expansion plans. Get your BoF Professional Cheat Sheet. 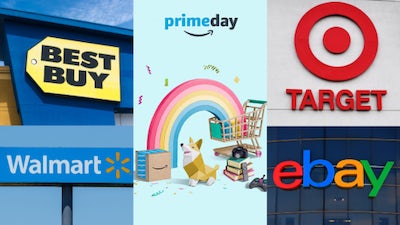 Amazon keeps finding new ways to give competing retailers headaches. Its Prime Day sale each July came square in the middle of fashion brands’ lucrative back-to-school shopping season. Now, it’s been pushed to mid-October, right before many retailers typically kick off their all-important holiday sales. Amazon’s biggest deals tend to centre around electronics and other big-ticket items. But the e-tailer sells plenty of clothes as well and is particularly strong in basics such as T-shirts and underwear (and recently launched a luxury platform, though it may be prudent to hold off on discounts there while it’s enticing more brands to join). Cowen, an investment bank, says Prime Day may serve a different purpose this year, helping Amazon clear out inventory so it can more smoothly fulfil what’s likely to be a massive wave of holiday orders.

The Bottom Line: Retailers and brands have found inventive ways to draft off Amazon sales events. But Prime Day's close proximity to Black Friday adds yet another variable to a holiday season that was already going to be unpredictable. 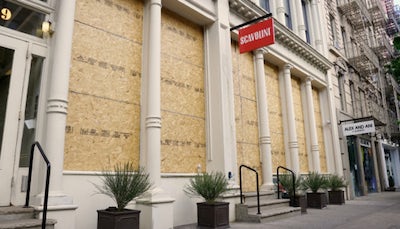 For much of the pandemic, fashion brands have pinned their bets on a short and severe economic downturn. This summer, as stores reopened and the pandemic appeared under control in some regions, that scenario looked realistic. But the recovery is stalling and Covid-19 cases are rising, including in some states that appeared to have beaten the virus.

How the next few months play out depends largely on what happens in Washington. A multi-trillion-dollar stimulus this Spring is widely credited with helping millions of individuals and thousands of businesses stay afloat (including many clothing brands, from fast fashion to luxury labels, which participated in a federal loan programme). But that money has run out, and Trump abruptly ended talks on a follow-up package last week, only to pick them up again a few days later. The administration is pushing for a smaller package and more targeted aid, including a bailout for airlines and stimulus checks for individuals. But Democrats and Republicans appear far from a deal.

The Bottom Line:  Joe Biden's steady lead in the polls may be what's keeping the bottom from falling out, at least in the stock market. If Democrats are able to take control of the House, Senate and presidency on election day, they will be in a position to pass a robust stimulus early next year. 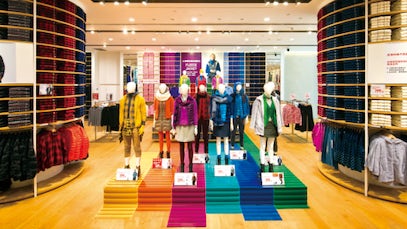 Fast Retailing, with $21.8 billion in annual sales, runs a close third to Inditex ($33.1 billion) and H&M group ($26 billion) atop the global fashion business. Nearly a decade ago, its plan to overtake its rivals centred on making its flagship brand, Uniqlo, as ubiquitous in the West as it is in its native Japan. That strategy hasn’t paid off, with 90 percent of sales still coming from Asia. In the US at least, Uniqlo is beloved by the fashion crowd but never clicked with frugal consumers who embraced fast fashion in the 2010s.

But with Asia on the mend from the coronavirus — and the West struggling with wave after wave of infections — Uniqlo suddenly has an opening. While H&M and Zara are closing hundreds of stores, Uniqlo plans to open thousands in China. Its reputation for fabric innovation has helped turn face masks into a lucrative new business.

The Bottom Line: The battle for global fast-fashion dominance is increasingly taking place online. Uniqlo will need an e-commerce strategy that's every bit as ambitious as its brick-and-mortar plans.