Why Fashion 'Seasons' Are Obsolete

This week, Saint Laurent said it would skip Paris Fashion Week and set its own schedule for showing collections for the rest of the year, raising deeper questions about following universal fashion seasons in a global market.

Why Fashion 'Seasons' Are Obsolete

This week, Saint Laurent said it would skip Paris Fashion Week and set its own schedule for showing collections for the rest of the year, raising deeper questions about following universal fashion seasons in a global market.

The deadly coronavirus has some of the industry’s most powerful brands questioning the traditional fashion system. On Monday, Saint Laurent announced its intention to skip Paris Fashion Week this September and reshape its schedule for showing collections for the rest of the year in a break with the conventional fashion calendar.

The French megabrand — which had already opted out of Paris men’s fashion week, taking its shows on the road to New York in 2018 and Malibu in 2019 — said the decision was made in response to the “waves of radical change” unleashed by the pandemic.

In recent weeks, lockdowns put in place to flatten the contagion’s growth curve have crushed consumer demand for non-essential luxury goods, forced store closures and triggered the cancellation of the men’s and couture shows originally set for June and July, throwing the fashion calendar into chaos. (In an era of social distancing, the women’s shows in September seem unlikely to take place, at least in their usual format, either.)

“Now more than ever, the brand will lead its own rhythm, legitimating the value of time and connecting with people globally by getting closer to them in their own space and lives,” Saint Laurent said in a statement. “Saint Laurent will take ownership of its calendar and launch its collections following a plan conceived with an up-to-date perspective, driven by creativity.”

Already, the possibility of a year without fashion shows and the glut of unsold inventory currently in the market have reignited a longstanding debate on the optimal timing and rhythm of fashion seasons. Does it even make sense to design, produce and show new collections when so many stores are closed? Should fashion skip a season? And what about unsolved issues like the disconnect between fashion’s communications and retail cycles which currently means customers see collections on Instagram long before deliveries hit stores?

Should fashion skip a season?

Saint Laurent’s announcement has only intensified the debate. Some say there are too many seasons, while others note that the timing of these seasons, disfigured by the demands of major department stores, no longer aligns with real-world seasons, meaning spring clothes arrive in the middle of winter and winter coats hit stores in summer. But it’s worth taking a step back.

In a global market, the very notion of universal fashion seasons, followed by brands, retailers and consumers around the world, is nonsensical in the first place.

The modern fashion industry is a European invention and fashion seasons were originally conceived for European weather patterns. At best, this made sense for a luxury market that was once dominated by local clients, and later their North American and Japanese counterparts, all in the Northern hemisphere.

But a surge in new wealth creation in the Global South means today’s customer base is far more diverse than ever before. Europe remains the top region for luxury sales, but overseas visitors drive at least 50 percent of these purchases. And, today, shoppers from Asia, the Middle East, Africa and Latin America collectively account for the majority of global luxury sales. Yet, fashion seasons are often out of sync with the climates in their countries.

Temporary travel restrictions aside, today’s luxury shoppers are also more globally mobile than ever before, hopscotching around the world for work and play, dipping in and out of climates as they go. What’s more, they no longer follow a strict social calendar, meaning jetting to the beach is no longer something restricted to August or the Christmas holidays, for example.

As the fashion industry debates the merits of the traditional fashion calendar, surely a sensible starting point is dropping the fiction of universal fashion seasons in the first place.

Seasonless 'continuity' collections are growing in importance to limit exposure to end-of-season discounting and reflect the reality that a large slice of luxury sales growth is still driven by first-time customers in emerging markets, who are eager for the classics. But as virgin markets dry up, fashion will also need to move faster to create and deliver fresh products to lure established luxury consumers from Shanghai to Lagos who now expect newness at the speed of Instagram.

And as the movement to rethink the fashion calendar gathers momentum, there is an unmissable opportunity to rip up and replace the industry’s archaic, Eurocentric seasons with a more sophisticated system of small-batch drops that can be better targeted to address the growing diversity of fashion’s global customer base. Let's not waste it. 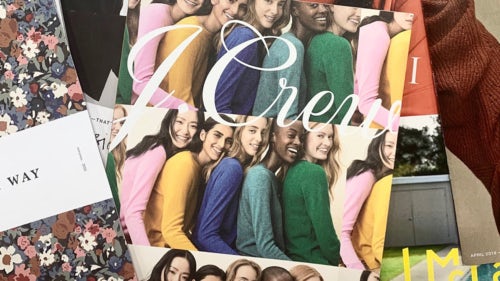 Report: J Crew prepares for bankruptcy filing. The clothing company is hoping to secure $400 million in order to finance operations in bankruptcy, said people familiar with the matter. The move is a result of economic downturn, caused by the coronavirus outbreak, and increased online competition from companies like Amazon.

First-quarter operating profit fell to €65 million ($71 million), well short of the €263 million expected by analysts. Adidas said it had taken a hit of around €250 million on unsold stock in greater China, purchase order cancellations and higher bad debt provisions. Sales fell 19 percent to €4.75 billion, again lower than the €4.85 billion forecast by analysts.

Chanel, Celine and more rally to support French healthcare workers in a one-off auction. La Mode S’Engage is spearheaded by Ami Chief Executive Nicolas Santi-Weil and Colette Founder Sarah Andelman, and has so far confirmed the participation of more than 80 brands, including Chanel, Celine, Louis Vuitton and Balenciaga. The money raised from the clothing auction will be donated to frontline workers through non-profit organisation #ProtegeTonSoignant.

Bangladesh textile workers demand wages in protest. The country is set to lose export revenue of about $6 billion this year due to cancellations from retailers and vendors. Last month Bangladesh's government announced a $588 million package aid for the crucial export-oriented sector to pay its workers, but garment manufacturers say funds were not enough to mitigate the crisis.

Tapestry reports near 20 percent drop in quarterly sales. The Coach owner announced that it will open 40 of its stores in North America on May 1 to help reduce the financial setback caused by the coronavirus pandemic. Tapestry said about 90 percent of its stores were either closed or operating on shortened hours during its third quarters.

Burberry closes US warehouse after workers test positive. A total of three employees tested positive for the virus, and the facility will be closed indefinitely. The 300 employees at the warehouse in Vineland are among the many thousands of mostly low-paid workers across the economy keeping retailers afloat. While steps taken to contain the coronavirus have resulted in shuttered shops nationwide, warehouse workers continue to fill online orders.

Italy prepares to ease lockdown and reopen businesses. The prime minister gave the most detailed outline yet of plans to reopen the economy in a newspaper interview ahead of the government's roadmap out of lockdown. It includes a phased process that would see much of manufacturing restarted in early May, although businesses frequented by the general public such as bars and restaurants would have to wait a bit longer. Schools would remain shut until September.

UK retail readies for coronavirus lockdown easing with new guidance. New guidance includes providing hand sanitiser for customers, limiting numbers in shops at any one time, installing protective screens at tills and encouraging cashless payments. The government has said it was too early to lift the lockdown, though economic data indicate Britain's economy is crumbling under the strain. British retail sales fell by the most on record in March.

Macy's to reopen stores across 68 locations. The department store chain said it will resume operations in states with relaxed lockdown measures and has set out a preliminary timeline for opening up the rest of its retail locations. The reopened stores won’t look like they did before lockdown. Barriers will be erected at cash registers, most fitting rooms will be shut, the beauty department will be no-touch and customers will have to cleanse their hands with sanitiser before trying on jewellery. 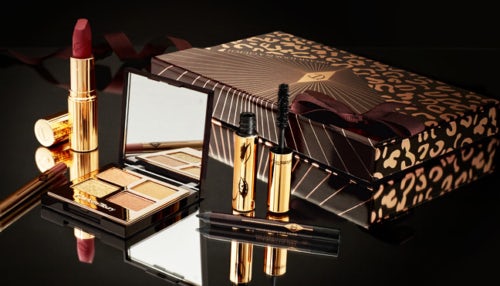 Unilever, Estée Lauder and L’Oréal among makeup giants hoping to buy Charlotte Tilbury. A sale could give the British cosmetics company £1 billion ($1.25 billion), indicating that large companies have an appetite for acquisitions in the coronavirus climate. Charlotte Tilbury is working with advisers at Goldman Sachs group to decide on the winning bidder, which could be as soon as May.

Estée Lauder third-quarter profit beats estimates. The owner of M.A.C Cosmetics and La Mer saw a double-digit rise in global online sales amid the coronavirus pandemic, though net sales fell by just over 10 percent. Beauty brands have been doubling down on their digital channels as stores stay shut and social distancing measures remain in place.

Coty sale on hold, sources say. Henkel and US buyout fund’s KKR have paused bids for a portfolio of beauty brands Coty is trying to sell due to the economic uncertainty caused by the coronavirus outbreak. Prospective buyers hope to first identify the impact lockdowns and economic downturn will have on Coty’s brands, which include Wella, Clairol, GHD and OPI nail polish. 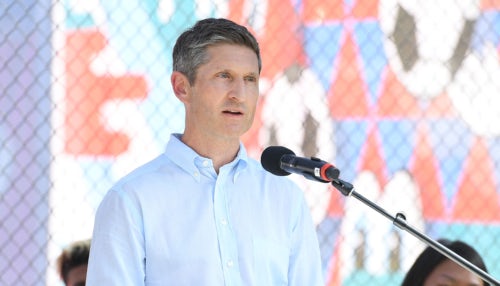 Diesel appoints North America lead. Diesel North America has named Patrick Valeo chief executive with immediate effect. Valeo joins the company from luxury leather goods brand MCM, where he was president of the Americas and global head of commercial sales. Reporting to Diesel’s global chief executive, Massimo Piombini, he replaces Stefano Rosso, who will stay on as a board member of Diesel owner OTB. 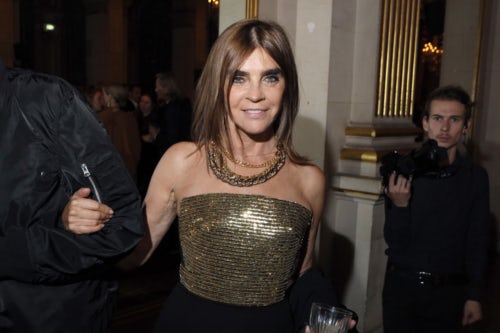 Carine Roitfeld | Getty Images for The Business of Fashion

Carine Roitfeld hosts virtual charity fashion show. The event, named Fashion Unites, was streamed on YouTube today and featured models including Kim Kardashian West, Karlie Kloss, Winnie Harlow and Hailey Bieber. Designers who contributed to the project include Alexander Wang, Virgil Abloh and Pierpaolo Piccioli. The show was put on in support of amfAR against Covid-19, with many participants and viewers donating money to the cause.

Amazon’s first-quarter earnings miss estimates. Despite a 26 percent growth in revenue as more people shopped online from home,  the e-commerce giant also saw operational costs increase. Amazon has hired 75,000 more warehouse and delivery drivers, while shipping costs jumped 49 percent in recent weeks. Amazon CEO Jeff Bezos announced the company was likely to spend all of the $4 billion it is projected to make in the second quarter on coronavirus costs.

Amazon’s pandemic labour prompts investigation in New York. The move comes after the e-commerce giant fired the leader, Chris Smalls, of a Staten Island warehouse walkout. New York’s top law enforcement officer is now looking into whether the company violated federal employment law by dismissing Smalls. The preliminary finding is that Amazon may have fired Smalls to silence him and that the working conditions at the facility may have violated provisions of the Occupational Safety and Health Act.