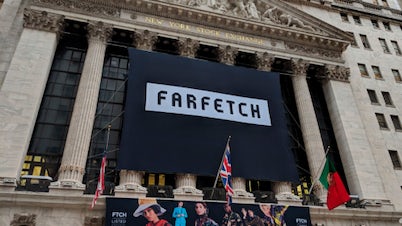 It was only 14 months ago that Farfetch exploded onto public markets with an IPO that valued the fashion start-up at $6.2 billion. Today, the company’s market capitalisation is less than half that, amid growing concerns about how — or whether — the marketplace will eventually turn a profit. Farfetch’s situation isn’t unique; plenty of other money-losing start-ups, from Uber to WeWork, have seen their aura of invincibility punctured this year. However, Farfetch has made some moves investors find questionable, including its $675 million acquisition of brand factory New Guards Group in August. Farfetch earnings come on the heels of The RealReal’s troubles last week, where a surge in revenue and active users was overshadowed by questions about the quality of the resale platform’s much-vaunted authentication process.

The Bottom Line: Every e-commerce start-up dreams of emulating Amazon, which expanded from a bookseller to an “everything store” selling cloud computing and streaming video. As the recent turmoil at WeWork, with its distracting forays into preschools and wave pools, demonstrates, businesses need to show they can get the fundamentals right before branching out. 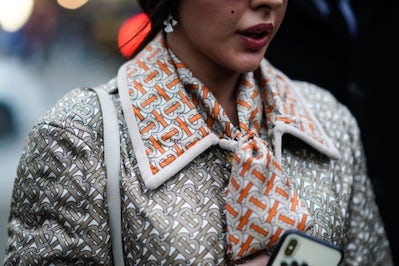 Riccardo Tisci’s Burberry passed its first test earlier this year, when the arrival of the designer’s first collection in stores resulted in a sales bump. Tisci’s designs are well-regarded, but the centerpiece of the turnaround strategy has been the revamped logo, which when stamped across Burberry coats, scarves and bags evokes brands like Louis Vuitton and Chanel. That's no accident; these brands have had runaway success in recent years. Of course, they are also far larger than Burberry (Louis Vuitton owner LVMH’s market capitalisation just crossed €200 billion), and that sort of scale makes it easier to capitalise on the buzz around a new logo or well-received collection.

The Bottom Line: Tisci and Chief Executive Marco Gobbetti have brought other innovations to Burberry, including product drops and testing the waters with resale. It will be worth noting which of these tactics get called out when the company releases financial results this week. 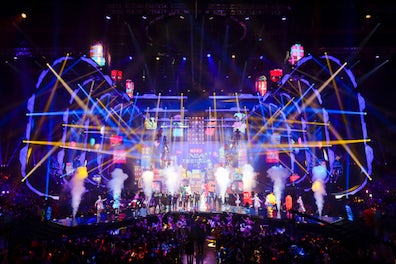 Singles' Day is the world’s biggest shopping holiday, surpassing Black Friday and Amazon Prime Day in terms of total sales, which topped $30 billion last year. This year, the annual frenzy of consumerism will take place against a backdrop of trade tensions between the US and China, as well as a potential slowdown in Chinese luxury spending. US brands from Nike to Estée Lauder are plowing ahead with plans to offer deals and exclusive products on 11/11. (Both of those brands surpassed RMB100 million, or $14.3 million, in Singles Day sales last year.) Trade tensions loom, though American companies haven't reported a drop in mainland China sales so far (Hong Kong is another matter). And the two countries have signalled that a deal to end the trade war, or at least lower the rhetoric and eliminate some tariffs, may be in the offing.

The Bottom Line:  In the space of a few years, Singles' Day has morphed from a Chinese holiday to a global one that Western brands can't ignore.