The former chief executive of luxury distribution group ImagineX was pivotal in introducing brands like Marc Jacobs, Gucci and Prada to the Chinese market.

In January 2016, Balbina Wong announced she would be stepping down from her role as chief executive of ImagineX, and assuming the role of vice-honorary chairman of The Lane Crawford Joyce Group, effective 1 February. In her former role as deputy chairman and chief executive of ImagineX — which represents 18 international brands, including Marc Jacobs and Donna Karan , with 450 points of sales across Asia — as well as retail management sister company, the Walton Brown Group, both part of the Lane Crawford Joyce Group, Ms Wong was the first to introduce luxury brands including Cartier and Hugo Boss to China.

Born in Singapore, Ms Wong founded luxury management and distribution group ImagineX in 1992. In 1994, she brought the Salvatore Ferragamo brand to Shanghai with the opening of a landmark boutique. Wong became sole distributor for Salvatore Ferragamo in Greater China, engineering the brand’s early and highly successful entry into the market.

The sometimes imposing, always bejewelled Ms Wong’s combination of vision, business acumen and talent for 'guanxi' have paid off handsomely for the brands she has brought to China. Always the pioneer, Wong was the force behind a luxury retail development at one of fashion’s newest frontiers, Urumqi, an oil-rich desert town near the Kazakhstan border.

Ms Wong began her career in the 1960s in the cosmetics field with Elizabeth Arden and joined Estee Lauder as the South East Asia Sales & Marketing Director in the early 1970s. 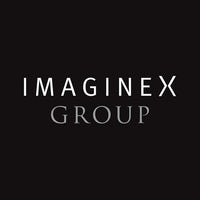 5 Women Leaders on Getting Ahead in Fashion