The career merchant rose within the ranks of one of America’s foremost luxury department store groups after earning a Harvard MBA.

In January 2019, after 28 years with Neiman Marcus Group, Gold announced his departure from the company saying that it was time for "a new business challenge." He stayed on until Neiman’s first New York City store, in Hudson Yards, opened on March 15, 2019.

Gold’s relationship with the Neiman Marcus Group started in 1991, when he joined Neiman Marcus Stores, as a junior buyer. He went on to hold a variety of roles in the company’s buying and marketing department, leading to his promotion to vice president of Neiman Marcus’ clearance store division. Gold acted in the role for three years, leaving it to become vice president and merchandising manager of women’s designer sportswear. He then headed the men’s and cosmetics businesses for Neiman Marcus. He was was appointed president and chief executive of Bergdorf Goodman Inc in 2004 and held the role until 2010.

Gold is a graduate of Tulane University, where he earned a BA degree in English Literature, and of Harvard Business School, where he completed his MBA. Gold is on the Board of Directors of the World of Children and Big Brothers Big Sisters of NYC.

Gold and his wife Beth have two children. 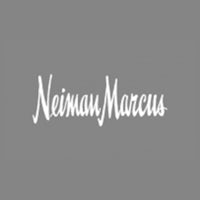 Neiman Marcus CFO Steps Down After Less Than 18 Months