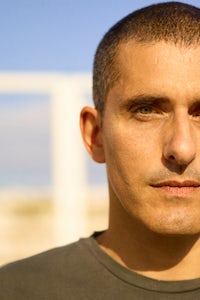 Three days after Felipe Oliveira Baptista showed his second collection for LVMH-owned Kenzo last October, the brand’s founder and namesake Kenzo Takada passed away due to complications from Covid-19. They’d only met once, over lunch. “Next time, we’ll do dinner, and we’ll drink wine,” said Takada, whose appetite for life was prodigious. “When he died, I felt like I’d lost someone very dear to me,” Oliveira Baptista says. “And I hardly knew him.”

Takada and his work often had that effect on people. Find footage of his early shows — ’70s, ’80s — on the internet and what you’ll see is pure joy: Jerry Hall and Pat Cleveland and Grace Jones laughing and twirling and carrying the audience up, up and away with them. At Takada’s funeral, one of his old friends took Oliveira Baptista aside and asked if there was going to be a party. Challenging with social get-togethers, especially the kind that Takada relished, out of bounds. “I assured him the show was going to be a big party.” 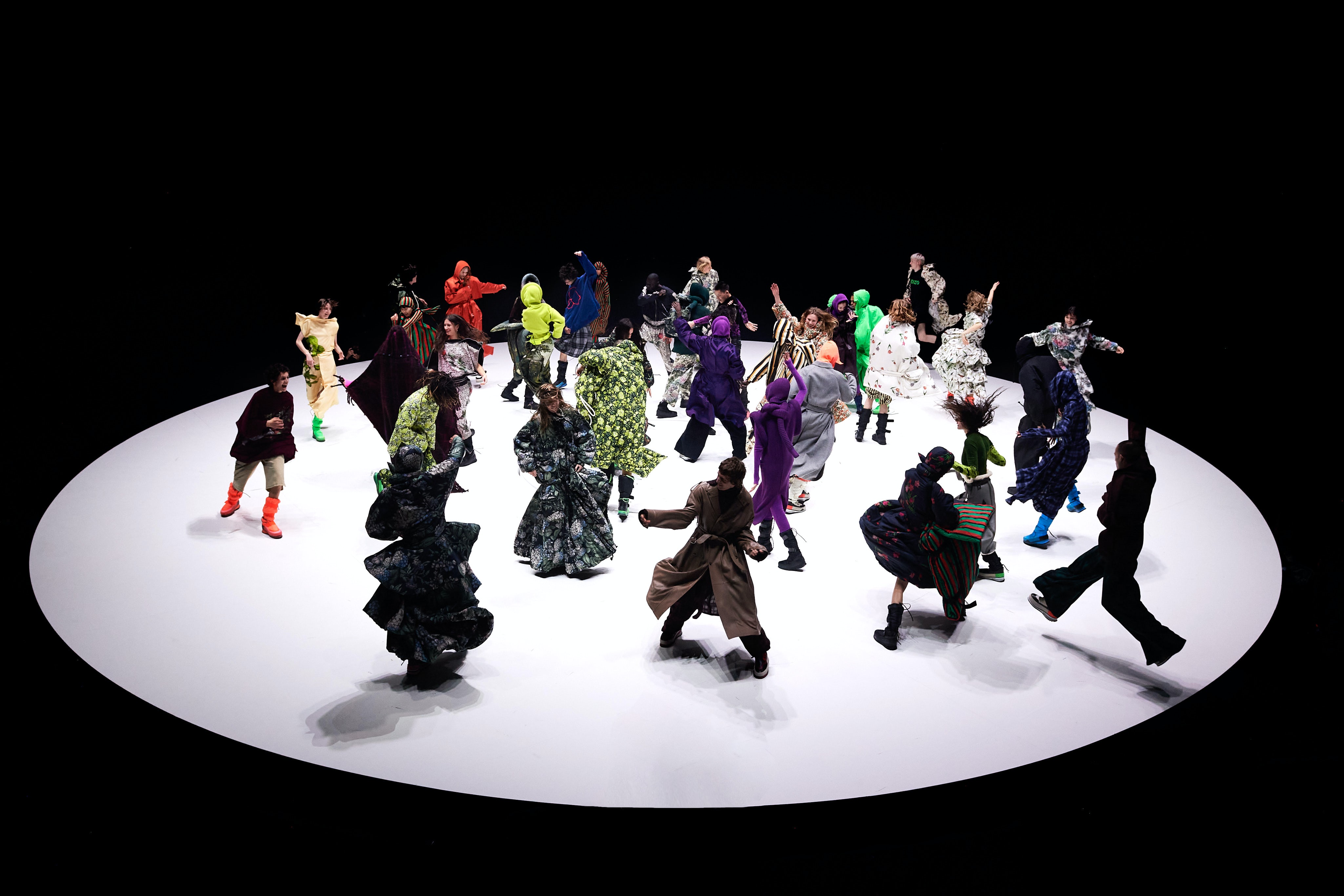 The “party” is finally happening this Friday. Everyone’s invited, because that’s fashion in the time of Covid. Oliveira Baptista knew he needed to pay tribute to Takada, but that word struck him as too reverent, too academic. Of course, he was familiar with the clothes from photos and archives but, until a month ago when he finally got digital access to years of Kenzo shows, he’d never seen the videos. He cut together a small montage of his favourite clips and showed it to photographer-videographer Oliver Hadlee Pearch, telling him he wanted to do a 21st century version.

What he got was a rave he calls KENZO ALWAYS. Energy, freedom, community. Techno bubble’n’squeak by Planningtorock, choreography by Jordan Robson, who guided the models through their dervish freestyling (watch Julie Hoomans getting in touch with her inner Martha Graham. Reminds me that raving is like modern folk-dancing). Filmed at the Cirque d’Hiver, because that’s where some of Kenzo’s most magical presentations took place. And that’s the word Oliveira Baptista uses for KENZO ALWAYS, “the most magical thing we’ve done,” because no one had any idea how it would turn out. “Once you take away that communication with a live audience, you have to film it like you’re really there, like you can smell the sweat. You have to use film in a completely different way. This is even more immersive than being in a show,” he enthuses.

The experience certainly made him confront how formulaic fashion has become. “A word that’s become taboo in fashion is ‘intuition,’” says Oliveira Baptista. “Same with ‘accident,’ or ‘improvisation.’ Slowly, we’ve taken these three things out of fashion. For me, the pandemic was a way of saying these things are vital. I try with all my strength to bring intuition or accident or novelty. We’re not going to deliver novelty and really resonate with people if we’re following a formula and ticking boxes. So, this is a little bit of a fuck-off to the boxes.” He laughs delightedly.

The next generation of kids is going to party like there’s no tomorrow.

There have been recent moments — Dries Van Noten, Erdem, Saul Nash — when it seems like contemporary dance has become the fashion world’s go-to for animating collections screenbound by Covid. I can’t get enough of it. But Kenzo’s film taps the same vein that Prada did when the models broke out of modeldom into movement. Apollonian restraint surrendering to Dionysian release, exactly what everyone is craving. But its out-of-reachness, especially as France and Italy descend into more lockdowns, strikes a profoundly poignant, even melancholic, chord, watching youth and beauty do what they are unable to do in the real world. I can’t get enough of that either. But Oliveira Baptista disagrees. “It’s poignant maybe, but I see the film as optimistic. It’s what we will soon be able to do. I don’t see melancholy. It’s a reminder of hope. Hang on in there.”

Very much in the spirit of Kenzo Takada, whose innate optimism must have been sorely tested by another epidemic. (He lost his partner to AIDS in 1990.) But his spirit is present in more ways than the celebratory physicality of the presentation. “I thought it was very charming the way he’d show everything in tableaux,” says Oliveira Baptista, “with ten models telling one story. So, we stuck to that: ten different stories.” 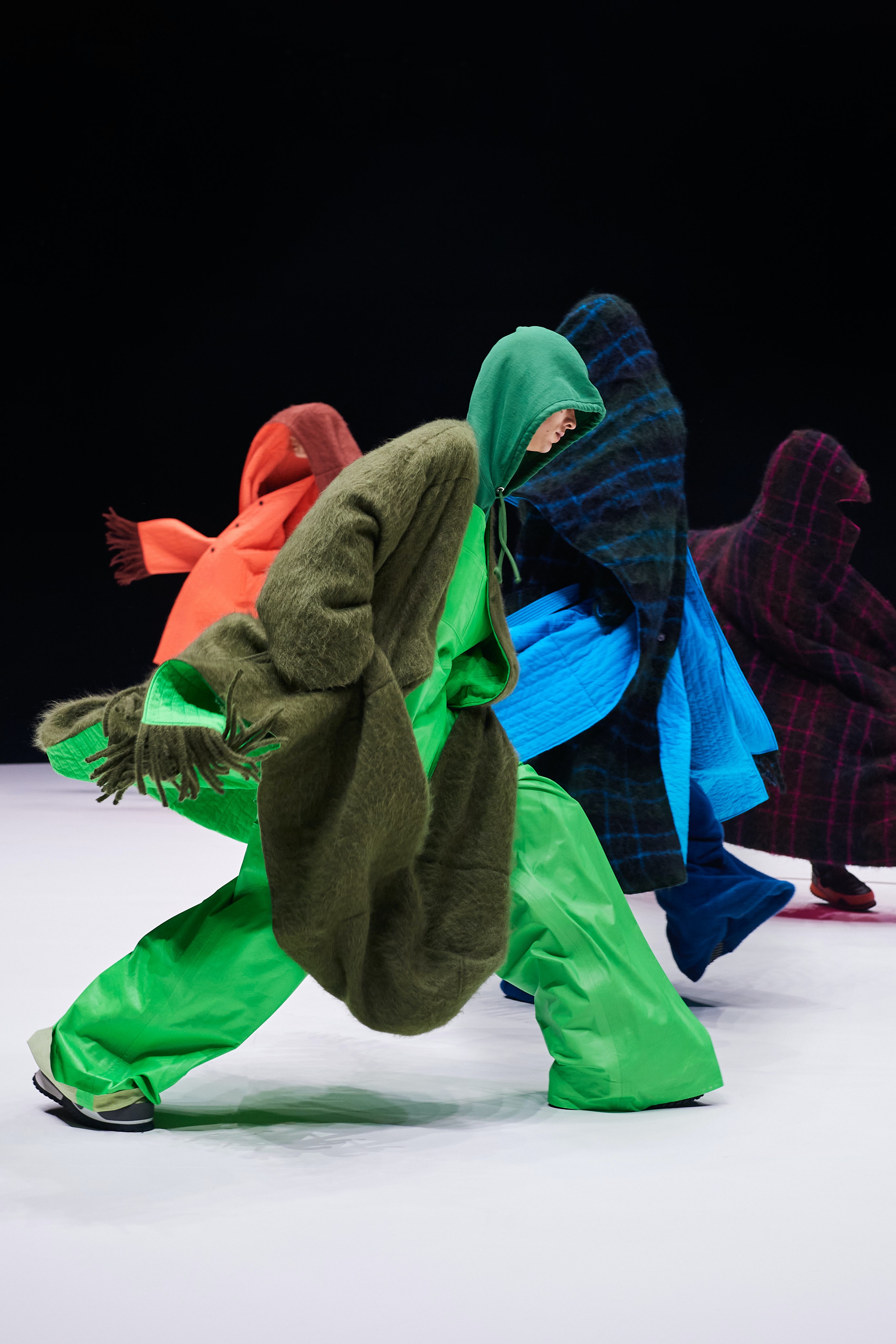 Third time’s the charm, so they say, and Oliveira Baptista’s ten stories take a deep dive into the Kenzo mythos and drag to the surface a collection that feels curiously appropriate for an era where a union of reassurance and make-believe gets us through the night. Kenzo’s people were citizens of the world, nomads, dreamers. The clothes moved easily; they were purposeful, never fussy. Oliveira Baptista knows about sportiness and high performance from his eight years at Lacoste. KENZO ALWAYS highlights clothing in constant, extravagant motion: dancing volumes, floating layers, ravishing coats, winning colours, charming prints (flowers and birds were always a Kenzo signature, the cocktail glass is a wink to his party boy rep). A clear and present antidote to the stasis of lockdown.

Oliveira Baptista’s friend Olivier Chatenet is a Kenzo encyclopaedia. He bought 250 pieces from him for the brand archive. Just after Takada’s death, he had Chatenet make a 60-minute film which he gave to his studio to watch on their computers. “Even with what I’m doing, it’s interesting for them to see where it comes from. You realise a lot of people here didn’t know, or had forgotten, what Kenzo had done. He’s been overlooked in fashion history. He was so revolutionary, then other people arrived and got the credit for some of those things.” Maybe what Oliveira Baptista is doing will adjust history. Like he says, it’s a heritage worth working on, “not only very rich, but very relevant.”

Clearly, the pandemic has helped with its relevance. The joy and humanism of Kenzo’s spirit suddenly seem a lot more meaningful. Oliveira Baptista recalls a conversation he had with a journalist at the end of 2019. She was asking him about the optimism and the celebration of nature that distinguished the brand. “Yeah, we’re in 2019 and the world is going to end,” he countered. He was talking about nature in the context of Before. And now? “With the pandemic, even if the world is going to die, we’re going to live again fully. The next generation of kids is going to party like there’s no tomorrow. It’s a survival thing.”

Again, the defiant optimism would strike a chord with Kenzo himself. “Wherever he is, I hope he’s smiling and dancing the night away.”