NEW YORK, United States – Tina Craig, known online as BagSnob, is maniacal about sun protection. At the beach, she sports full-coverage bodysuits (including a memorable turquoise getup covered in sparkly dolphins) and a giant floppy hat to shield herself from harmful radiation. Her face is usually covered by a ski mask or mirrored visor and, of course, she completes the look with sunscreen — minimum strength SPF 50 and always a “full shot glass full.”

The influencer, who declined to give her age but said she graduated from college in 1993, is in town to fete UBeauty, the new skincare line she co-founded with Kate Borghese. The first product, a $148 resurfacing compound, goes on sale Nov. 1 on Net-a-Porter and TheUBeauty.com, with pre-orders starting in October. She held her first major launch event Thursday, just before the start of New York Fashion Week, for maximum exposure.

Craig joins dozens of influencers, celebrities, makeup artists and other personalities who are racing to start their own lines. There is a gold rush to capitalize on internet fame, leveraging social media’s ability to serve as a launch platform with a built-in fanbase. Their target is often younger customers who gravitate toward founder-driven labels over big brands owned by conglomerates. Skincare is also the hot beauty category of the moment, a sea change after years of dramatic makeup tutorials leading the charge.

But Craig insists UBeauty is different. She started her BagSnob blog in 2005 when many of today’s biggest beauty influencers were in elementary school. Many of her fans have been hanging on her every word — and buying products she recommends — for a decade or more. Plus, the investment in research and clinical trials will speak for itself, she said.

“The product will stand on its own,” Craig told BoF. “[Borghese] and I decided to spend all of our money on research and third-party clinical trials for over a year … it’s self-funded, I don’t have a big brand behind me.” 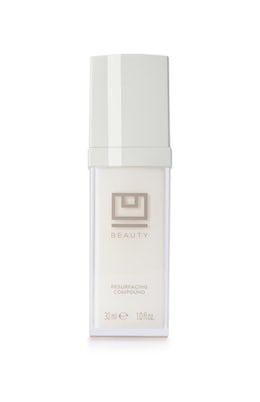 Fresh from an event celebrating Christian Louboutin, she’s a picture of a “lady who lunches,” down to the black and white gingham Dior bucket hat with a veil that she keeps on throughout the interview. But she’s far from a woman of leisure: BagSnob has grown from a personal blog that talked about handbags to a lifestyle website maintained by a staff of five. The beauty line is only the latest in a series of side businesses for Craig, including consulting work with global brands (she's not allowed to name them), a collaboration with exotic handbag designer Nancy Gonzalez and Estate Five, an influencer management agency she co-founded last year that manages 43 influencers.

Craig said her point of differentiation is a molecule called the “siren.” She worked with scientists to create a two-step delivery system: the first is a serum base of ingredients like hyaluronic and lactic acid, oat extract and aloe vera, and the second – the “siren” – contains active ingredients that that only get released when skin is exposed to external stressors such as pollution. More potent glycolic acid, antioxidants, peptides and Vitamin C lay dormant until activated so healthy skin isn’t pumped with ingredients it doesn’t need, Craig said.

Ultimately, the focus for her is technology over how the product looks, the opposite of the “Instagrammable” bottles, tubes and jars designed by founders expressly so followers will share online.

“It’s simple packaging, it’s bare minimum,” she said of the sparse branding. Instead, Craig invested in the formulation, clean ingredients and clinical testing, as well as 50,000 samples that will be sent to consumers who sign up on UBeauty’s e-commerce site next month. She’s collecting user data for the rollout of a text-to-buy function at launch.

Craig was one of the earliest on the blog scene when she started Bagsnob with college friend Kelly Cook in 2005. The two used the site as a vehicle to channel their passion for designer handbags. But in the process, Craig became an accidental beauty influencer. Today, she’s more well known for her rigorous skincare routine and product, treatment and tool recommendations than toting the designer accessories that propelled her to early internet fame. She painstakingly chronicles her skincare routine on Instagram (where she still goes by BagSnob), which at one point reached 13 steps.

Craig realized her routine was getting out of hand and got to work on creating her own multi-use product that “resurfaces, equalizes, hydrates, tightens and brightens.” Nine formulas later, she’s proud of an abridged three-step regimen that also includes Augustinus Bader’s The Rich Cream, with a sunscreen finale.

But don’t expect UBeauty to become a collection of 50 products. Craig envisions a complete line of just three to five items, including an eye compound she’s been testing on herself since July that’s timed for a spring release. Not surprisingly, she’s already hard at work developing a “revolutionary sunscreen.”

L’Oréal gets a new CEO. Stéphane Rinderknech is the new chief executive and president of L’Oréal USA.

Tracee Ellis Ross started a beauty line. The actress and daughter of Diana Ross is readying to launch Pattern, a haircare line for curly, coily and textured hair.

So did Hilary Duff. After investing in Nudestix earlier this year, the actress partnered with the brand on a line of cosmetics that’s not your “typical ‘millennial mom’ makeup.”

Funding in CBD beauty brands continues to heat up. Private equity firm LB Investments, which has a $50 million fund dedicated to companies “that sit at the cross-section of cannabis, beauty and wellness,” invested in Herb Essentials.

Gucci’s lipsticks were a hit. The brand sold more than one million of the $38 tubes within the first month of launch.

American Eagle wants to get into beauty. The retailer already sells an assortment of products from third party brands but said it plans to get into the beauty business in a bigger way before the holiday season.

Norma Kamali talks wellness. The 74-year-old designer, who launched skincare range Normakamalife earlier this year, said the line is a culmination of 40 years of research.