New York Fashion Week finally seems to be opening its eyes to the plus-size market this season.

Ashley Graham walked the runway at Michael Kors on Wednesday and Candice Huffine modelled two looks at the Prabal Gurung show on Sunday.

While plus-size models have made appearances at New York Fashion Week in the past, their inclusion has often been little more than a publicity stunt and clothing designed specifically for the plus-size market is largely frumpy and figure-concealing.

By contrast, Graham and Huffine this week were styled no differently from the rest of the models in each show. One of the biggest limits to diverse body shapes on the runway is the fact that many designers only make very small samples, meaning that only sample-size models can wear them. Kors and Gurung's latest shows prove that they are making efforts to change this.

The fashion industry as a whole is certainly becoming more aware of the plus-size opportunity, particularly in the US, where sales of plus-size women’s apparel reached $20.4 billion in 2016, up from $17.4 billion in 2013. Earlier this month Graham became the first plus-size model to be photographed for the cover of American Vogue, alongside Gigi Hadid and Kendall Jenner. — Helena Pike

The Woolmark Prize-winning label, helmed by Catherine Teatum and Rob Jones, is using the platform to launch a multi-season focus on disability fashion.

"[Disabled people] are not any less into luxury fashion," Teatum told BoF. "The people that we've spoken to, they've obviously talked about the practical challenges, but before that even comes into conversation, they describe colours, they describe textiles."

A chance introduction to somebody at the Paralympics ignited the idea in Teatum and Jones' imaginations. "We started to talk to different people within the community and that's where it started," said Jones. "It became a bigger thing, it sparked something and got us excited." 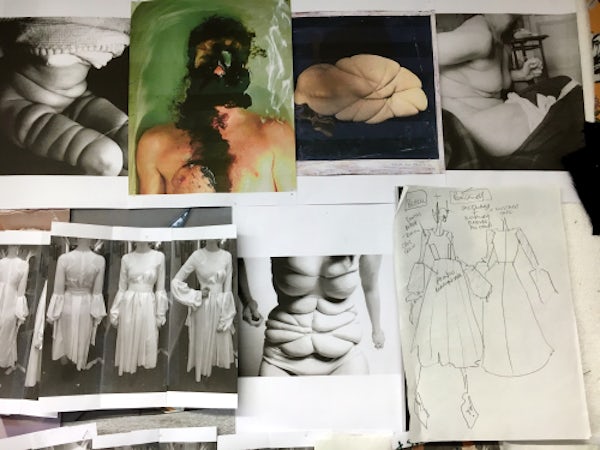 The duo was also inspired for Autumn/Winter 2017 by artist Hans Bellmer's mutated doll forms, a direct rejection of the cult of the seemingly perfect body then prominent in Nazi Germany. "Aesthetically it's [also] influenced some of our fabrics and colours," said Teatum.

Today's political climate has influenced the collection too. "It's hard for it not to, every creative is a sponge," said Teatum. "Something to do with what Trump said is actually involved in our show music," she added ambiguously. "The music for our show is a massive part of the creative process...  But we decided that we didn't want to actually have his voice, we didn't need it. There was so much more positive messaging in reaction to what he'd said that was far more deserving of a place at London Fashion Week." — Tamara Abraham

Polluted oceans are not OK, and now Kelly Slater is doing something about that with his #itsnotok initiative.

The legendary surfer's sustainable menswear brand Outerknown has created a line of t-shirts and beach towels, from which 100 percent of the profits will be donated to organisations that raise awareness about important global issues. 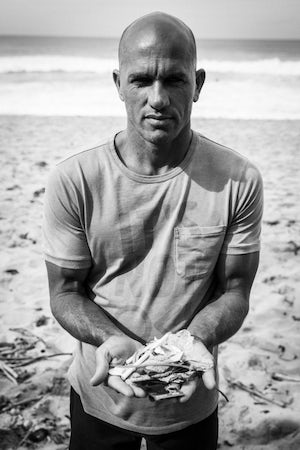 The first partner cause will be Ocean Conservancy, which works to clean and protect the ocean from pollution.

"We started Outerknown to make a difference," Slater told BoF. "It's Not OK is about raising awareness about real issues impacting us socially and environmentally as a global community.”

"The programme itself is still in its infancy as our long term goal is to incorporate grass-root initiatives at local levels, supporting and promoting local causes; integrating social media components that bring forward a call to action for those who want to voice their own opinions of what is 'not ok;' and eventually working alongside environmental and social ambassadors/influencers to increase our reach and broaden our voice. While the first of the series raises awareness around a key environmental issue – the long term message will be to support causes across the board, giving an array of issues a platform to declare 'It’s not ok!'"

Outerknown, which is backed by Kering, launched its first collection in Autumn/Winter 2015 and is helmed creatively by designer and surfer John Moore.

The brand was created to tap a market of surfers whose style had evolved beyond the brands that previously dominated the sport. “They’ve grown up and their interests have evolved," Moore told BoF before Outerknown's launch in 2014. "Everyone dreams of a coastal lifestyle — what that surfing lifestyle represents — but they don’t necessarily want to dress head to toe like a surfer.” — Tamara Abraham