The British Fashion Council has tapped the London-based creative agency as the event’s new creative and strategic partner.

This isn’t the first time Superimpose has been tasked with revamping a global name. “Brands usually come to us because they need an injection of life,” says Ollie Olanipekun, who launched the East London-based studio with fellow creative director Toby Evans in 2014.

The duo have since grown their team and injected a trademark bold urban aesthetic into campaigns for the likes of Adidas, Burberry, Netflix and Hermès. Projects with Gap and the International Woolmark Prize are currently underway, and a Los Angeles-based team is now running US-based projects. 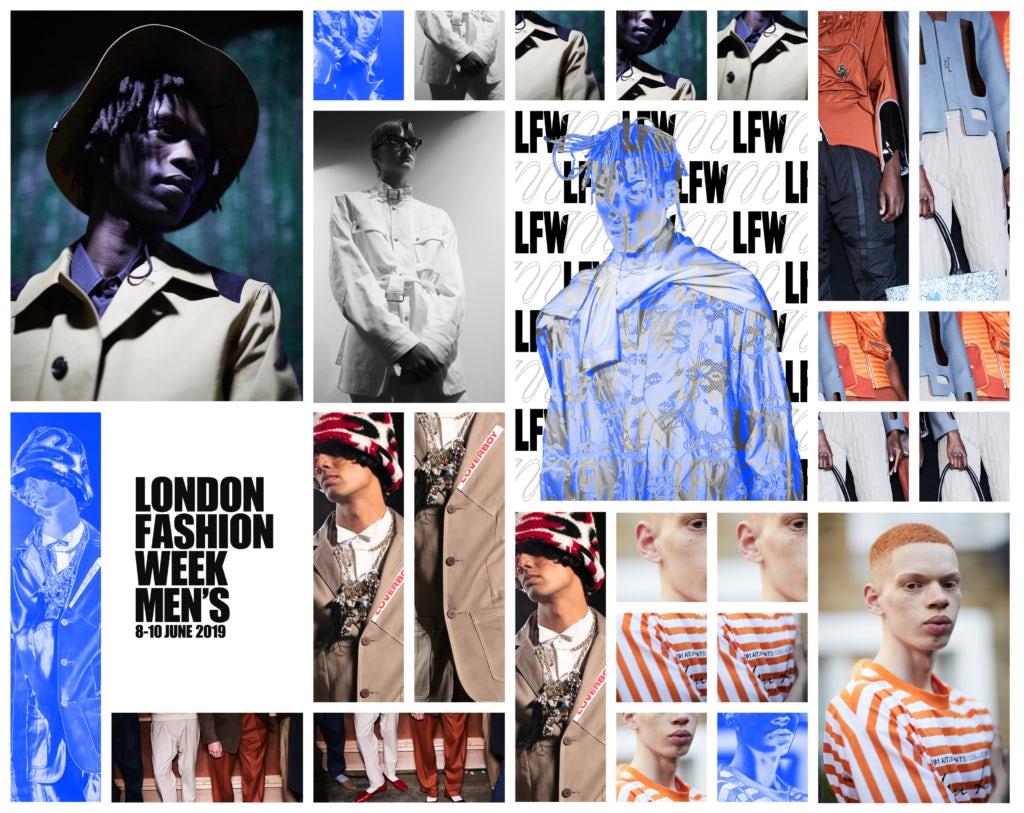 “The BFC retainer attests to us being able to capture the London spirit,” echoes Superimpose’s strategy director Jenny Zhang. “That’s who we are, we’ve grown up around here and understand the talent and eclectic mix of everything, as well as how it translates to a global stage.”

For the BFC, hiring Superimpose means departing from a track record of hiring sizeable global design consultancies such as Pentagram and BBH, and Olanipekun reckons that the broader trend among fashion players is to opt for small boutique players over big agencies.

“We all came from big agencies and got really frustrated there,” Olanipekun tells BoF, which calls Superimpose an “agency of the future"."Our process of working with clients is very different from other agencies,” he says. “We specialise across the board, and we bring in specialist talent according to brief.”

Starting with Men’s, Superimpose will launch Uninhibited: a digital platform housing all of London Fashion Week’s personalities, talents and stakeholders. “There wasn’t really a red thread from event to event, and it wasn’t really putting talent first. We wanted to create a framework and platform to let the talent sing.”

But in addition to weaving this “red thread” on a grassroots visual level, the agency has been tasked with reaffirming London Fashion Week’s standing on the global stage. “For press and consumers, the few weeks across cities during fashion weeks just looks like one blur,” Zhang adds. “We know that the DNA of the four cities is different, but when it comes to content and storytelling they all end up looking exactly the same.”

In the past, fashion week has been trade or press oriented, but now these labels don’t really exist.

By reconsidering big and small design choices from new logos and content to show spaces themselves, Superimpose’s 360°, consumer-driven approach aims to cut through the noise. To Zhang, this means focusing on accessibility and injecting the event’s DNA into all interactions and media. “In the past, fashion week has been trade or press oriented, but now these labels don’t really exist,” she says.

“The rigid mentality of thinking that a consumer’s experience should be different is very old-school,” Zhang adds. “The consumer is the publisher, the publisher is the designer, and everyone’s moving into each others’ spaces with social media.” Accessible yet engaging touches include designing giphys for any Instagram user to add to their stories.

Amid current political turmoil, Superimpose’s stance is clear (Olanipekun previously created a striking UK-wide campaign urging the public to “fix Brexit”), and their London Fashion Week product will be no exception.

Referring to a striking cobalt that the agency has strewn across Men’s digital assets, “the blue is a subtle nod to the political climate we’re in, and we got a lot of positive feedback for it,” Zhang continues. “It’s not too in your face.”

By the end of Superimpose’s two-year retainer, Evans hopes that their work can “blow the doors off the establishment and open it up to everyone.” And beyond fashion week, the trio is convinced that this project marks a sea change in what Olanipekun deems a “top-down” model of prestige and influence extending beyond fashion weeks and fashion generally.

“We’re moving to a place where accessibility is key, across all industries. Fashion and BFC is a great place to start, and really put the flag in the sky.”

A Counterpoint on London Fashion Week